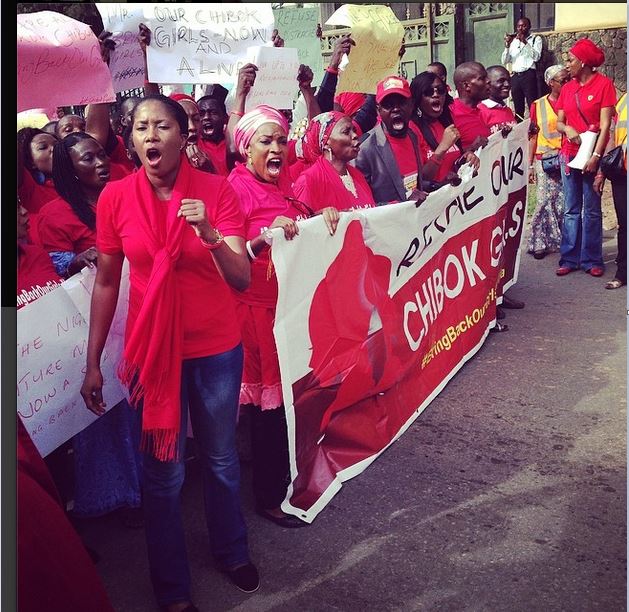 Photo of the Day: #BringBackOurGirls

Anguished parents in Nigeria are torn between education for their child and their family's safety.

In today's photo of the day, CNN's Vladimir Duthiers shared this image of a rally to #BringBackOurGirls in Abuja, Nigeria.

Chilean Mine Rescuer: 'We Never Gave Up'

Over 240 people are dead and as many as 120 workers are still trapped in a coal mine  in Soma, Turkey.

Authorities said a fire began Tuesday after a transformer blew up during a shift change.

"It's too late. There's no more hope," said miner Veysel Sengul, who had already lost four friends and was waiting by the mine entrance for more.

James Stefanic  helped drill the escape shaft in the rescue effort of the Chilean miners in 2010.

In that situation, Stefanic and rescue crews saved 33 men who had been trapped in the mine for 69 days.

"In this case here, where you have fire involved, it makes things a lot tougher," he said on "New Day" Wednesday.

Stefanic emphasized that the miners who may still be alive need fresh oxygen, but rescue crews should be careful not to fuel the fires that are burning underground.

He also had a message for the rescue workers in Turkey: don't stop.

"We never gave up," Stefanic said.

For updates on this story, visit CNN.com.

The National September 11 Memorial Museum officially opens on May 21, but the President and first lady will tour the space on Thursday.

CNN's Kate Bolduan got a preview of the building that is built almost entirely underground, some 70 feet down, in the literal footprint of the World Trade Center.

"There isn’t a museum like it, or an experience like it, where there is such a collective connection to it," Bouldan said.

"It does feel so real because everyone did live through it in some way.”

Joe Daniels, the president of the National September 11 Memorial Museum, gives CNN's Kate Bolduan a tour of the space.