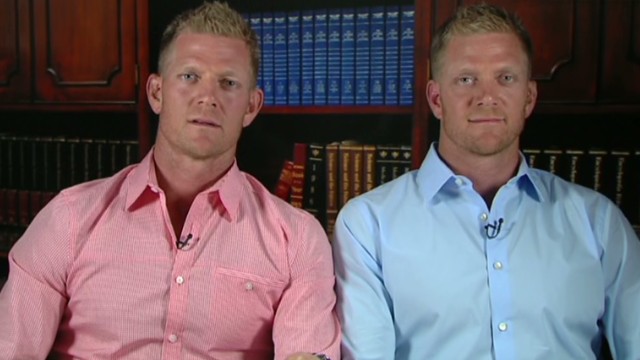 Five Things to Know for Your New Day – Friday, May 9

A new recording surfaces in the ongoing L.A. Clippers saga. The United States sends military officials to Nigeria to assist in the hunt for hundreds of missing schoolgirls. And Johnny Football is all the buzz on Twitter during the NFL draft.

Another recording: It seems everyone is recording Donald Sterling these days. Another bit of audio attributed to the L.A. Clippers owner appeared yesterday on RadarOnline.com. In the recording, the man denies he's a racist and doesn't appear ready to sell the team. CNN cannot independently confirm that the speaker is Sterling. Sterling has been banned for life from the team's day-to-day operations and facilities, and was fined $2.5 million last week for racist comments that were recorded and posted online late last month.

Flipped: Twin brothers David and Jason Benham have lost their opportunity to host their own HGTV show. The show, "Flip It Forward," was set to premiere in October. On it, they would have helped families purchase homes they otherwise could not afford. The network pulled the plug after the site Right Wing Watch published a post about the pair, labeling David as an "anti-gay, anti-choice extremist." On CNN, Jason said, "David and I have no hate in our heart for anyone."

U.S. assistance: U.S. military officials will arrive in Nigeria today to help in the search for hundreds of girls kidnapped by Islamist militants, the Pentagon says. The seven will join advisers supporting local efforts to find the girls abducted over three weeks ago. There are no plans to send American combat troops, according to the Pentagon.

The show goes on: Four days after an accident sent nine performers to the hospital, Ringling Bros. and Barnum & Bailey Circus carried on with its "Greatest Show on Earth" last night in Hartford, Connecticut. Ring Master Jonathan Lee Iverson told the crowd that "Our young ladies are recovering and they're in great spirits." Eight performers plummeted to the arena floor when an apparatus holding them about 30 feet in the air failed. Another performer was injured on the ground.

Poor Johnny: As the first night of the NFL draft got underway, 2012 Heisman Trophy winner Johnny Manziel remained unselected until the 22nd pick. Twitter couldn't help but speculate what might happen #BeforeManzielGetsDrafted
https://storify.com/assignmentdesk1/beforemanzielgetsdrafted

–Ducklings vs. stairs: Mama duck leads her little ones up a couple of big steps, but will they make it?

- Wedding #winning: Michael and Carissa Alvarado sing their wedding vows and get a recording contract. Seriously.

- Hamster fast food: You loved the video of a little rodent eating little burritos. Now, we've moved on to pizza.

- A world without trucks: Mike Rowe encourages people to take advantage of his scholarship for people who want to become skilled craftsmen or truck drivers. Oh, and another thing, he sheds his clothes.

- Bass-ic training: This cat is catching the groove, but can't seem to catch the bass.