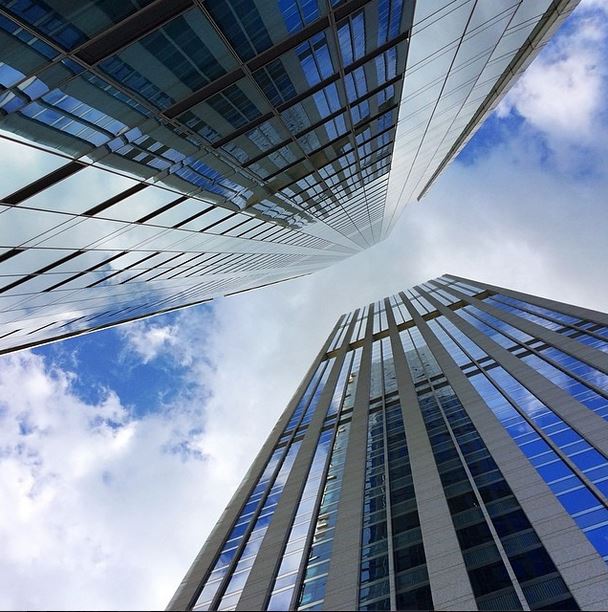 Photo of the Day: A Unique Perspective in Chicago

In today's photo of the day, CNN photographer Jake Carpenter showed us some interesting reflections in Chicago he captured over the weekend.

The Obama drag: Republicans have a great advantage heading into the 2014 midterm elections, according to another poll. But this poll, conducted by the PEW Research Center and USA Today, suggests their advantage could be starker than it was even in 2010, when Republicans took control of the House of Representatives.

In a generic question about whether a voter supports the Democrat or the Republican in their own district, Republicans got 47% and Democrats got 43%. That’s a switch from October, when Democrats held an advantage in a PEW poll.

Numbers like these could have implications for Democrats in 2014, for sure. But they could also influence how Democrats run for president. Sixty-five percent of the people in the poll said they hope the next president has policies that are not similar to Obama’s.

See more from "Inside Politics"  and watch your top political headlines in 90 seconds above.

In today's edition of the "Good Stuff," a Texas community comes together to support a man battling leukemia. CNN's Chris Cuomo reports.

Charlie George, 64, loves to walk his dog. But since he's been diagnosed with leukemia, his journey around his neighborhood has gotten tough.

Shellye Arnold is one neighbor who thought to help. She set up a chair in her yard for George so he could rest.

After e-mailing everyone on the block, the neighborhood quickly filled up with "chairs for Charlie."

"They put these chairs out for me, I think it's incredible," George said. "I didn't expect this at all.

See the full story at CNN affiliate KTRK and if you have #GoodStuff news, let us know!

Passengers on a US Airways flight from Philadelphia to Orlando on Sunday experienced quite a scare when their plane dropped in severe turbulence, injuring six people.

Passenger Mark Pensiero said that for "four to five seconds ... the airplane kind of rotated a little bit. Everybody kind of let out a collective 'holy crap, what was that.'"

Thankfully, most of the passengers were wearing their seat belts because the incident happened at 17,000 feet as the plan was still ascending.

CNN safety analyst David Soucie said without that fact, the injuries could have been much worse.

SO WHAT EXACTLY IS TURBULENCE?

According to Soucie and the website AirSafe.com, slight turbulence brings vibrations, moderate turbulence can bring drops of 10 to 20 feet, and severe turbulence, which is rare, brings the potential for the plane to drop 100 feet or more.

"You could have 10,000 flight hours and only experience this maybe three or four times in your entire career as a pilot," Soucie said.

Since pilots sometimes can't see turbulence coming, it's crucial for them to share information with each other about bad patches from flight to flight.

In the Philadelphia flight, there had been some reports of light turbulence in the area, but nothing as severe as what the plane encountered.

The only time the industry has seen fatalities and injuries from severe turbulence is when people are not wearing their seat belts, according to Soucie.

“You are dropping quite a ways out of the air. Whatever is not tied down, whoever doesn't have their seat belt on, is going to go up.”

Soucie said since turbulence can sometimes come out of nowhere,  it's best to always keep your seat belt buckled.