Ned Norton was working as a fitness trainer for Olympic athletes and bodybuilders when a young man with a spinal cord injury asked him for help.

"At first, I had no idea what to do with him," said Norton, who managed a health club in Albany, New York.

Together they developed a workout program, and the young man made great strides.

"Even (his) doctors saw the physical and psychological improvements we were able to make," Norton said.

It didn't take long for word to spread. Patients from a rehabilitation center sought out Norton's help, and he began training them for free. After a newspaper published an article about Norton's workouts with the disabled, his phone rang off the hook.

"So I opened a gym designed to fit their needs," he said.

For the past 25 years, Norton has dedicated himself to providing free and low-cost strength and conditioning training for hundreds of people living with a variety of disabilities.

"They can't move, they can't be independent. They can't live their lives," said Norton, 55. "I'm building them up, building them stronger, so they can go out and live life like they're supposed to."

See the full story on our CNN Heroes page 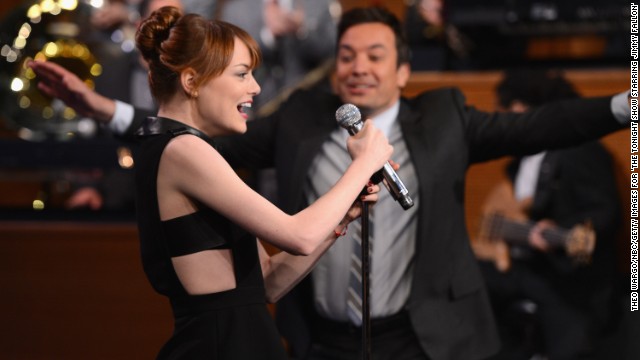 Here are your top viral videos of the week – and one photo, because we couldn’t resist.

Tweet us with the hashtag #NewDay and tell us which is your favorite!

These Marines give a passionate rendition of “Let It Go,” making the overplayed song a little more bearable.

4. Mom needs to be careful of her dance moves

She was entering a dance contest for moms and decided no one can get in her way – not even her daughter.

3. The best reaction you could ever hope for

A lot of kids aren’t super excited to not be the center of their parents’ attention, but these two couldn’t be happier. When Faithlyn says, “I can’t thank you enough,” your heart just melts.

Well, sort of. He really posted his own, much more awesome version of the Justin Timberlake meme that says, “It’s Gonna Be May.”

By now, you’ve probably already seen this. But go ahead, watch it again. You know you want to.

Republicans call it a government cover-up similar to what forced Richard Nixon to resign. Democrats call it a right-wing conspiracy theory.

The fallout from the September 11, 2012, terrorist attack in Benghazi, Libya, that killed four Americans continues more than 19 months later, with further details this week that raised questions about how the Obama administration responded to the violence less than two months before the President's re-election.

Few issues reveal the hyper-partisan politics of Washington more than the ongoing debate over an issue now known simply as Benghazi.

On Friday, House Oversight Committee Chairman Darrell Issa announced that he has subpoenaed Secretary of State John Kerry to testify at a May 21 hearing on the issue.

A day earlier, House Speaker John Boehner accused the administration of defying a previous subpoena by failing to turn over newly disclosed documents, while Issa, a California Republican, said the transgression was "in violation of any reasonable transparency or historic precedent at least since Richard Milhous Nixon."

At the White House, spokesman Jay Carney shot back that Republicans continued trying to reap political benefit with what he called conspiracy theories about a Benghazi cover-up.

"What we have seen since hours after the attack, beginning with a statement by the Republican nominee for president, is an attempt by Republicans to politicize a tragedy, and that continues today," Carney told reporters, later adding that "what hasn't changed has been the effort by Republicans to ... claim a conspiracy when they haven't been able to find one."

See your top political headlines in 90 seconds from "Inside Politics" with John King above.

Good Samaritan Prevents Another Man's Suicide: 'You Got One Person Right Now Who Loves You'

In today's edition of the "Good Stuff," a landscaper persuades a man to go on living. CNN's Chris Cuomo reports.

Lonnie Monroe, 54, was headed home from a landscaping job in California, walking on an overpass, when destiny called.

Monroe says he saw a man on the other side of the fence who told him he was going to kill himself.

"That's when my mind said, 'grab him, don't let him go any further.' I talked to him. 'You got one person right now who loves you and wants you on this side.'"

Monroe held onto the man for two hours.

If you have #GoodStuff news, let us know!