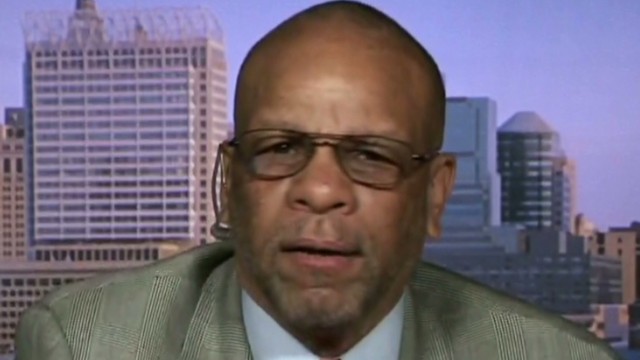 Commissioner Adam Silver is set to speak to the media Tuesday afternoon about the NBA's findings in the investigation into racist remarks attributed to Clippers owner Donald Sterling.

New York Times sports columnist William C. Rhoden has said he believes anything short of banning  Sterling is unacceptable, but on "New Day" Tuesday, the writer talked about the larger issue of racism in sports organizations.

"Today, I think that these conversations are had a lot of times behind closed doors," Rhoden said.

"Whenever I walk into a press box and I see no black reporters, or when I walk into a newsroom or any corporate office, and I see no black people, essentially the owners are saying the same thing. They're just not getting caught. They're saying 'we don't respect you, black people, we're not gonna hire you.' One thing I would suggest a lot of the NBA players do, and black NFL players – when you get a chance, walk through your respective team offices and find out how many people that look like you are in the marketing department, in the sales department ... You will be stunned. So, let's not get so carried away by this, what's kind of like an easy fastball to hit, and really dig down into the systemic racism in your organizations – who, in fact, pay you a lot of money. I think this a great launching pad, but let's not just stop here at the easy part."