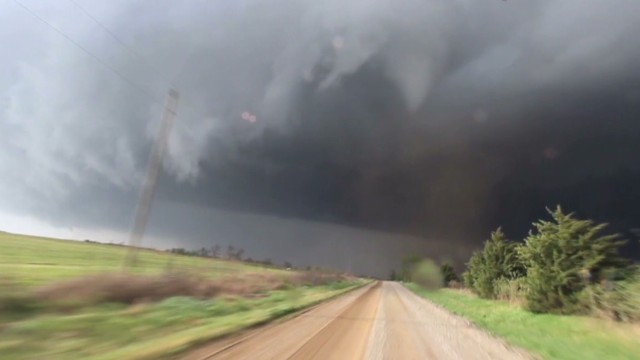 Deadly storms: Some 75 million Americans are under threat of severe weather today. People from the Great Lakes to the Gulf Coast are advised to keep their eyes to the sky and their ears to the radio. That's a third of the country. The greatest risk will again be in the Deep South, with Mississippi and Alabama in the bull's-eye for the worst of the storms. This powerful spring storm system has already claimed 29 lives in six states.

Intense but fruitless: They searched for seven weeks, scouring the south Indian Ocean from the air for any signs of the missing Malaysia Airlines plane. Nothing. So today, they called off the air search. Ships will stay to gather any debris that might surface. But, like officials said yesterday, their best hope now lies in searching deep below the waters.

Shouldering blame: The web of blame in the South Korean ferry sinking is getting wider, and now the country's president is accepting some of the heat. Today, she apologized for the government’s initial response. The number of dead now stands at 205. Another 97 are still missing. "All we are asking for is, 'Bring the dead bodies out,' " a father wailed.

When the South Korean ferry #Sewol began tilting, a loudspeaker blared to passengers: "Absolutely do not move.” http://t.co/Qr2UJCvMvK

Eject him: Sponsors are distancing themselves. Team officials are condemning the comments. And players want Donald Sterling punished. But the Clippers owner has never been disciplined. We’ll find out at 2 p.m. ET if that’ll change when the NBA commissioner talks about what the league found when it investigated racist remarks attributed to him.

Sterling says he's not even sure the tape is real. Still not a good sign if you hear a racist rant and say “That MIGHT be me?” #fallonmono

More sanctions: It's a slow-moving chess match, this standoff in Ukraine. Pro-Russian militants take government buildings in the east. The government in Kiev does little - perhaps so as not to provoke Moscow - and Western nations impose sanctions. So far, the sanctions have largely targeted Russian government officials. But they could shift to economic targets if this round doesn't get the desired results. Western nations say Russia is supporting separatists. Moscow denies it.

- Galileo Figaro: This piano sitting along a street in New Zealand said "play me." So she did. A little "Bohemian Rhapsody," anyone?

- DJ Jazzy Kat: Listen to these kittens lay down some phat beats.

- Jetcycle: We're not even sure this thing is street legal, but it's kind of cool in a nerdy way.

- Rangy rodent: You'll thank us for this later. Here's a how-to video in case you ever need your hamster to be really thin.