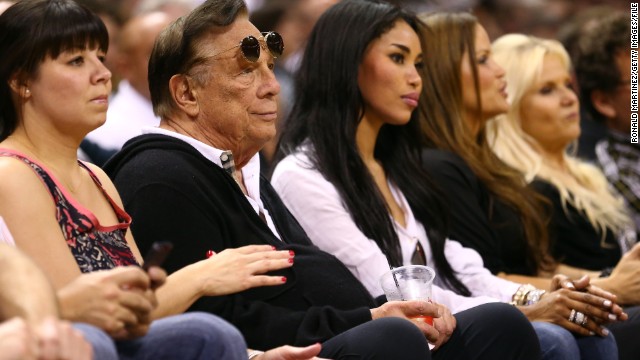 The Clippers players staged a silent protest. As they warmed up for an NBA playoff game, the players removed their shirts bearing team logos to reveal red T-shirts worn inside out, with the logos hidden. They finished warming up, removed the red shirts and played the game wearing their regular uniforms.

The National Basketball Players Association demanded Sterling be barred from all playoff games this season. The players also want an accounting of past accusations of racism against Sterling; an explanation of what kind of discipline might be issued; assurance that the league commissioner will work with the association; and assurance the investigation will be conducted swiftly.

What do you think about Donald Sterling's remarks?

We'll speak with sports analysts and former NBA players to discuss this story and what it means for the league at 6am ET on "New Day."