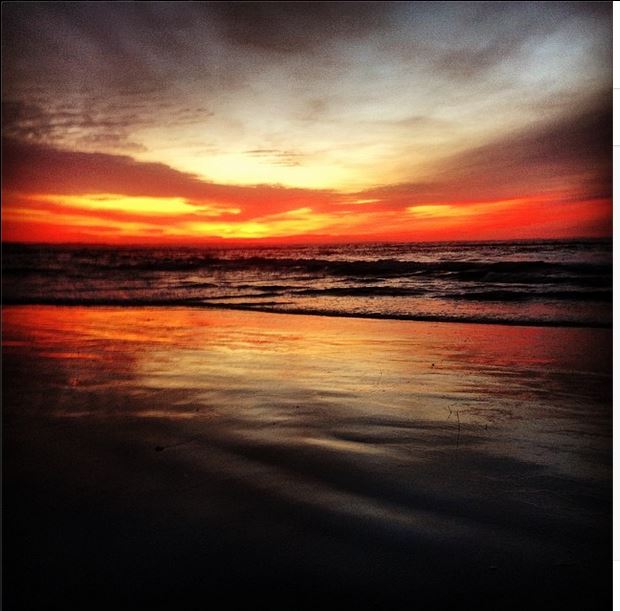 Photo of the Day: An Australian Sunrise

In today's photo of the day, we get a beautiful photo from reporter Miguel Marquez as he's in Australia reporting on the missing Malaysia Flight 370.

Five Things to Know for Your New Day – Thursday, April 24

Malaysia keeps the wraps on its preliminary Flight 370 report. Three American hospital workers are killed by a guard in Afghanistan. And we're just a day away from a vote that could change college sports forever.

It's Thursday, and here are the 5 things to know for your "New Day."

90% done: Malaysia has a preliminary report on the disappearance of Flight 370 but isn't releasing it publicly. The country says it has nothing to hide. So why not release it? Families with loved ones on the flight have been begging for information. Withholding it will increase their frustration. At sea, the underwater search for MH370 continues. A probe has scanned 90% of the designated search area, with no significant results.

Mourning the loss: Classes resumed at Danwon High School near Seoul, South Korea, today. It's the first time the school has been open since hundreds of classmates went down in a passenger ferry last week. The halls are emptier now, and the sense of grief was great as hearses ushered pictures of the dead and missing onto campus. Authorities say 171 people are dead and 131 still missing.

Secret scheme: At least 40 U.S. veterans died waiting for appointments at the Phoenix Veterans Affairs Health Care system, many of whom were placed on a secret waiting list. The secret list was part of an elaborate scheme designed by Veterans Affairs managers in Phoenix who were trying to hide that up to 1,600 sick veterans were forced to wait months to see a doctor. Word of the arrangement came from a recently retired top VA doctor and several high-level sources.

Deadly violence: At least three American hospital workers died in Afghanistan today after a cop standing guard at the facility opened fire on them, Kabul police said. A fourth American was wounded in the attack at CURE Hospital. The police guard shot himself but survived and is being questioned. The motive for the attack wasn't immediately clear.

NW vote: No matter what the ballots say, tomorrow will be historic for college sports. By noon, members of Northwestern University's football team will have cast ballots to decide whether they will form a workers union and start demanding more rights. A majority of the players must vote in favor of the union for it to be successful. Because the university is appealing, it may be months before we know how the players voted. Meanwhile, the NCAA may let the big conference increase scholarships to cover the cost of living, and not just the cost of tuition, for athletes. Coincidence?

- New exercise video: This workout regimen still has a few bugs in it but is already very popular on the West Coast.

- Play dead: Can you teach an old dog new tricks? Check out this Russian Subaru commercial.

- A bouncing baby giraffe: The birth announcements will be going out soon from Metro Richmond Zoo in central Virginia. Jessie and Tonka had a baby boy this week. Their "little one" stands over 6 feet tall and weighs around 175 pounds.

- Snow fun: Here's another one of those great GoPro videos. This time, a snowmobile jumps off a cliff. Bring a change of underwear.

- Get down with your funky self: "NBC Nightly News" anchor Brian Williams raps Snoop Dogg's classic "Gin and Juice." It's racked up about 5 million views so far.
http://www.youtube.com/watch?v=jidziKYG9jk&feature=youtu.be 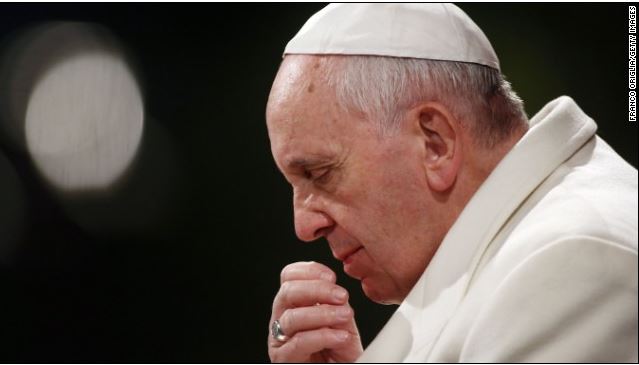 Pope Francis called an Argentine woman married to a divorced man and reportedly told her that she could receive the sacrament of Communion, according to the woman's husband, in an apparent contradiction of Catholic law.

Jacqueline Sabetta Lisbona wrote to the pontiff in September to ask for clarification on the Communion issue, according to her husband, who said his divorced status had prevented her from receiving the sacrament.

"She spoke with the Pope, and he said she was absolved of all sins and she could go and get the Holy Communion because she was not doing anything wrong," Sabetta told Channel 3 Rosario, a CNN affiliate.

We'll discuss this with CNN's Vatican Correspondent Delia Gallagher in our 7am ET hour.