The first sign something was off was when the ground crew at Kahului Airport in Maui noticed a boy wandering the tarmac, dazed and confused.

The story he told officials was even more incredible.

The 16-year-old apparently hitched a ride from San Jose, California, to Maui, Hawaii, in the landing-gear wheel well of a Boeing 767, Hawaiian Airlines said Sunday.

"Our primary concern now is for the well-being of the boy, who is exceptionally lucky to have survived," the airline said.

If his story pans out - and the FBI has been called in to investigate - he rode in the tiny cramped compartment for almost five hours, at altitudes that reached 38,000 feet, without oxygen and under subzero temperatures.

That has some experts questioning his story.

"It sounds really incredible," said aviation expert Jeff Wise. "Being in a wheel well is like all of a sudden being on top of Mount Everest."

Between the oxygen depletion and the cold, life expectancy "is measured in minutes," Wise said.

But some people have survived. A total of 105 people are known to have attempted to fly inside wheel wells on 94 flights, the FAA's Civil Aerospace Medical Institute says. Of those, 25 made it through, including a 9-year-old child - a survival rate of 24%. One of the flights went as high as 39,000 feet.

The conditions can put stowaways in a virtual "hibernative" state, the FAA says.

Someone could slip into unconsciousness so that the body cools and "the central nervous system is preserved," said CNN aviation expert Michael Kay. Also, he said, "there could be a situation where inside the bay is warmer than the external air temperature and you wouldn't get the instantaneous freezing of the skin."

Still, "for somebody to survive multiple hours with that lack of oxygen and that cold is just miraculous," airline analyst Peter Forman toldCNN affiliate KHON in Honolulu. 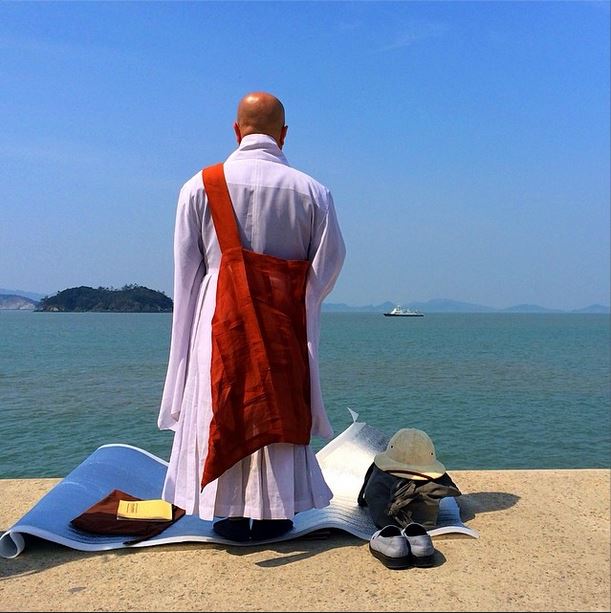 Photo of the Day: Prayers for Missing Ferry Passengers

In today's photo of the day, CNN's Will Ripley shares a powerful moment as he covers the sunken South Korea ferry.

"Prayers for the missing ferry passengers & their families," he writes.

South Korea's President blasts the captain of a sunken ferry boat. The Ukraine standoff takes on a "Cold War" feel. And a 16-year-old says he hopped a flight to Hawaii in the wheel well of a plane.

Serious charges: South Korean President Park Geun-hye gets real in her assessment of the captain and some of the crew in the deadly ferry sinking. "The actions ... are akin to murder," she said today, after weekend reports of chaos and confusion as the disaster unfolded. At least 64 people have died and 238 others remain missing. The captain and six others have been arrested.

Militants killed: A "massive and unprecedented" assault targeting al Qaeda in the Arabian Peninsula is under way in Yemen, a government official told CNN today. The operation includes drone strikes and Yemeni commandos and is "going after high-level AQAP targets," according to the official. The government's not commenting directly on this, but the official says at least 30 militants have been killed.

45 days: Frustrated families keep the faith in the search for Malaysia Airlines Flight 370. But emotions were raw and tempers short when Malaysian government officials met with Chinese families today. Meanwhile, the underwater drone scanning the Indian Ocean floor hasn't found anything in its first eight missions. It's already scanned about two-thirds of its designated search area with nary a trace of the missing plane. Mission No. 9 began today.

East-West tensions: Is the Cold War back? Because it kind of feels like it is. Pro-Russian administrations are popping up all over eastern Ukraine, after pro-Russian protesters overran government buildings and set up roadblocks. Russian troops are near the border. Washington makes a show of support, sending Vice President Joe Biden to Ukraine's capital to meet with the acting President and other key lawmakers. He'll stay for a couple of days and then head back.

How does this happen? A ground crew finds a teenager stumbling around the tarmac in Maui, dazed and confused. He's got an almost unbelievable story. He says he stowed away in the wheel well of a Hawaiian Airlines plane from San Jose, California. If the 16-year-old's story pans out, he survived for almost five hours, at altitudes that reached 38,000 feet, without oxygen and in subzero temperatures. Investigators have surveillance video of him hopping the fence at San Jose International Airport, so it's possible.

The boy is loaded into an ambulance.

- Safety can be beautiful: Air New Zealand takes the preflight safety video and makes it sexy.

- Blazing hot: Music sounds better when it's on fire. This is nerdy and cool, all at the same time.

- Doggy drama: Rocco loves to chase squirrels and goes a little bit nuts when he can't.

- Pushed too far: You can chase a moose for only so long before its stands up for itself.