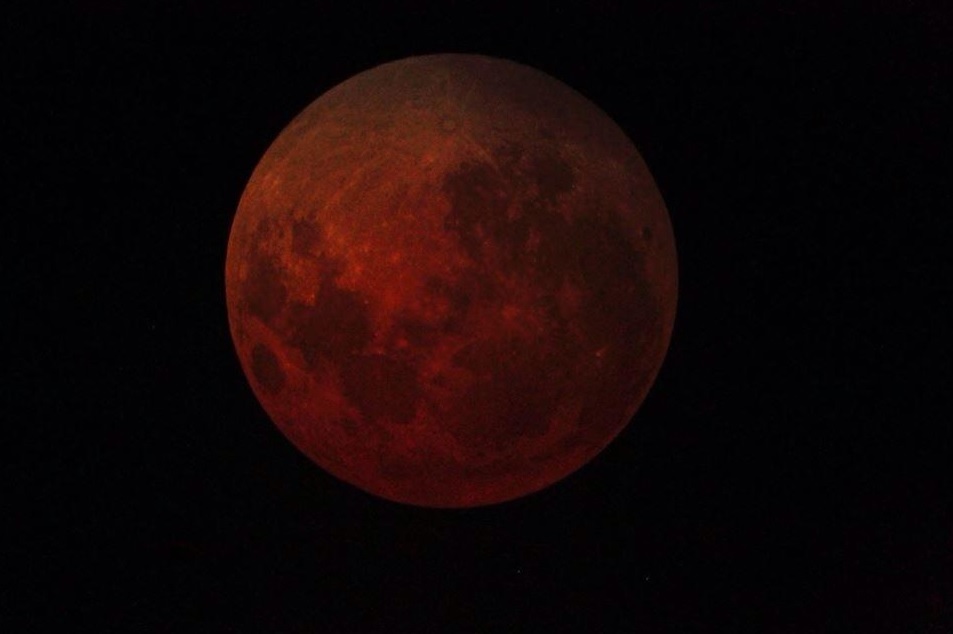 Today's photo of the day is a beautiful image of last night's "blood moon" submitted by Barbara Uj and Cory Lindholm from Lake Worth, Florida on  "New Day's" Facebook page. Thanks for posting!

Curious about what the "blood moon" even is? Learn more from CNN's Indra Petersons.

April 15, 2013 started as a perfect day for one of Boston’s most-loved traditions – Marathon Monday. Spectators lined the streets to cheer on more than 23,000 runners.

But four hours and nine minutes into the race, the unthinkable.

Back to back explosions tore through Copley Square causing chaos and panic.

The disbelief of what happened turned to grim reality as the identities of those lost in the attack were revealed.

But Krystle Campbell was so much more than a name to everyone who loved her. That love was obvious when CNN’s Chris Cuomo met with her grandmother, Lillian, just days after the bombing.

Time to try this again.

The first deployment of an underwater vehicle to hunt for Malaysia Airlines Flight 370 was aborted early, sending the drone back to the surface before expected.

The Bluefin-21 vehicle was supposed to take 2 hours to get to its designated depth Monday, spend 16 hours searching, and 2 hours coming back up.

Instead, it spent about 7 and 1/2 hours in the water, including descent and ascent times, a source said.

Crews will try to send the probe back into the Indian Ocean later Tuesday, weather permitting.

So what went awry the first time?

"In this case, the vehicle's programmed to fly 30 meters over the floor of the ocean to get a good mapping of what's beneath and to the sides, and the chart we have for the area showed that water depth to be between the 4,200 and 4,400-meter depth," said Capt. Mark Matthews, who heads the U.S. presence in the search effort.

But the water was deeper than expected - about 4,500 meters.

"Once it hit that max depth, it said this is deeper than I'm programmed to be, so it aborted the mission," Matthews said.

David Kelly, CEO of the company that makes the Bluefin-21, said the device's safety mechanisms have triggered such recalls in the past.

"Although it's disappointing the mission ended early, it's not uncommon," Kelly said. "We've operated these vehicles around the globe. It's not unusual to get into areas where the charts aren't accurate or you lack information."

Mathews said the initial launch Monday night took place "in the very far corner of the area it's searching, so they are just shifting the search box a little bit away from that deep water and proceeding with the search."

It is unclear how much of the area - 5 kilometers by 8 kilometers (3.1 miles by 4.9 miles) - the Bluefin scanned during its first attempt. It could take up to two months to scan the entire search area.