In today's edition of the "Good Stuff," a Chicago dentist helps a homeless veteran improve his smile and the man pays the generosity forward. CNN's Chris Cuomo reports.

Melvin Bridgmon spent ten years homeless and it damaged his health, his self-esteem, and also his teeth.

"I was afraid to go a lot of places, afraid to speak out in public," Bridgmon said.

That was until Manus Dental in Chicago stepped in to help the man with their program "Grant a Smile."

The office provides free dental care to veterans who need it.

Now, Bridgmon has a brand new toothy grin and a new outlook on life.

He has even started his own nonprofit to help other homeless people around the Chicago area.

Watch the full story at CNN affiliate WGN and if you have #GoodStuff news, let us know!

In the search for Malaysia Airlines Flight 370, a plane has detected a possible signal from the locator beacons on the so-called black boxes from the missing aircraft, the Australian agency coordinating the search announced Thursday.

The possible signal, which was picked up through sonar buoys equipped to receive such electronic data, was detected near the Australian ship Ocean Shield, said the Joint Agency Coordination Centre.

Crews have been narrowing the search area in the Indian Ocean.

Up to 10 military aircraft, four civil aircraft and 13 ships were to assist in Thursday's search for the Boeing 777-200ER, which was carrying 239 people when it vanished March 8 on a fight from Kuala Lumpur, Malaysia, to Beijing.

Three of the vessels - the Ocean Shield to the north, and the British HMS Echo and Chinese Haixun 01 to the south - were focusing underwater.

Aircraft and ships spotted a number of objects during Wednesday's search, but could recover only a small number, none of which appeared linked to MH370, the JACC said.

But the latest search area is about three quarters of the size of the area that teams combed the day before and far smaller than what it was a few weeks ago.

We'll have the latest developments on this story on @ThisHour at 11am ET/ 8am PT. 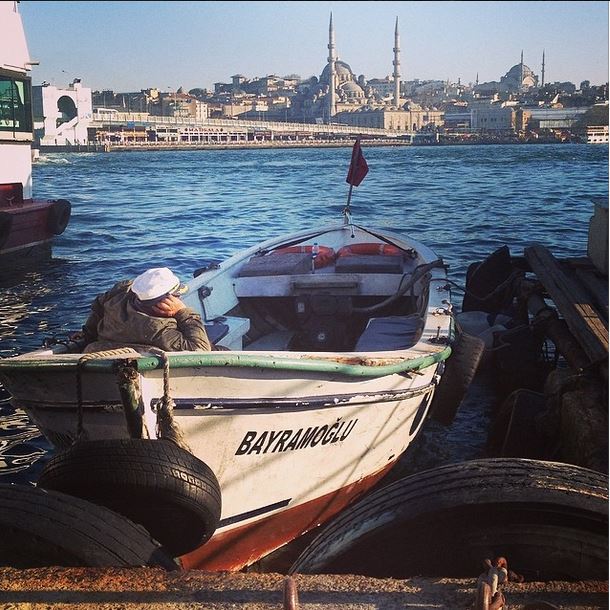 Who wouldn't enjoy taking a break with this view?

And if you have photos you'd like to share with us, send them our way for consideration.

Five Things to Know for Your New Day – Thursday, April 10

Police detain a 16-year-old after a stabbing rampage at a Pennsylvania high school. The hunt for the Malaysian jet  is even harder than you think. And it's Day 4 on the stand for Oscar Pistorius.