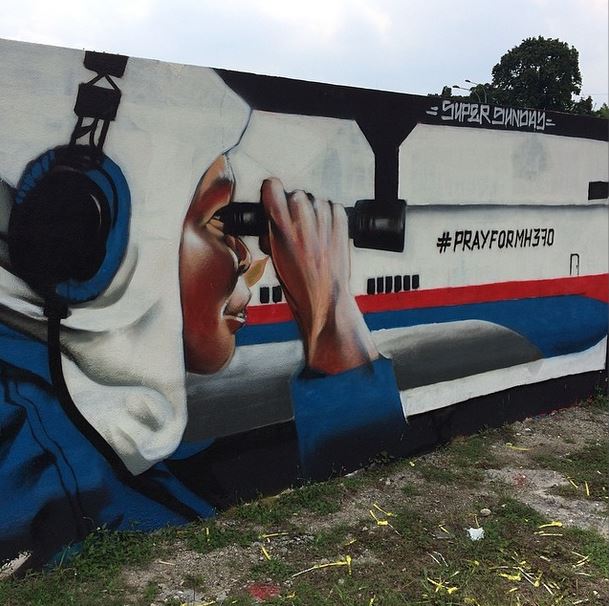 Malaysia Flight 370: 'Optimism is Fading Away' As Questions Mount

The optimism that bubbled up over the weekend when an Australian navy ship detected pulses that appeared to signal the nearby presence of Malaysia Airlines Flight 370's so-called black boxes had subsided somewhat by Tuesday, as continuing listening efforts yielded nothing.

Searchers are still scouring the waters, but their optimism is "more cautious," said U.S. Navy Cmdr. William Marks. "As hours pass," he said, "our optimism is fading away, ever so slightly."

His restraint contrasted with the cheers that erupted Saturday when the team aboard Australia's Ocean Shield detected a possible signal from the plane's flight data recorder or its cockpit voice recorder. A second possible signal was heard soon after.

The signals, detected about 1,100 miles (1,750 kilometers) northwest of Perth, Australia, were consistent with those sent by a flight data recorder and a cockpit voice recorder, retired Air Chief Marshal Angus Houston said. They were heard in seawater about 14,800 feet (4,500 meters) deep.

Investigators hope the signals were from locator beacons that were attached to the data and voice recorders that were stored in the tail of the Boeing 777-200ER when it disappeared from radar screens on March 8.

"The audible signal sounds to me just like an emergency locator beacon," Houston said. "We are encouraged that we are very close to where we need to be."

If the signals are heard again, searchers could deploy an underwater drone to take photos to determine whether they do mean the discovery of the black boxes. That process could take more than a week.

"Until we have stopped the pinger search, we will not deploy the submersible," Houston said. "We will not deploy it unless we get another transmission in which we'll probably have a better idea of what's down there."

The first signal, detected by the towed pinger locator dragged behind the Australian ship, continued for more than two hours; the second for about 13 minutes. But since then, there's been silence.

"That the Ocean Shield has not reacquired the ping is a genuine setback," said Peter Goelz, former managing director of the National Transportation Safety Board. "We're talking now an investigation that could go on months, if not years."

"I think the pings that they did hear were tremendously helpful," said Mary Schiavo, former inspector general for the U.S. Department of Transportation. But more pings would have been more helpful, she said, noting that those that were identified could have emanated from anywhere within a 5-mile radius. "If they had been able to pick up more pings, they could really have reduced that size and then given the submersibles just a small area to search."

Still, she expressed hope that - even if the batteries powering the locator beacons have died - the flight data recorder and cockpit voice recorder can be found and, with them, clues to what happened.

"It just means that the submersibles are going to have a really long - as they say - mowing the ocean patch" over an area the size of Houston, Texas, she said.

Tuesday marked the 32nd day since the Malaysia Airlines flight disappeared; it also marked two days after the date on which the batteries powering the locator beacons were certified to be working.

But searchers, mindful that the batteries could work for days more, have kept listening.

"We need to continue ... for several days right up to when the point at which there's absolutely no doubt that the pinger batteries will have expired," said Houston.

"We know that the batteries can last up to 40 days," retired Royal Air Force Lt. Col. Michael Kay told CNN. "If I was Angus Houston, I would be putting the search out to at least 42, 43 (days) to make absolutely sure that the batteries had failed."

That reassessment could lead officials to begin using side-scanning sonar, a painstaking process of searching the depths for signs of the missing airliner.

"I think we're in a very critical stage of the search, and some big decisions are going to have to be made in the next week or so," Goelz said.

Searchers are looking for debris over 30,000 square miles (more than 77,500 square kilometers) of the Indian Ocean, about 1,400 miles (2,250 kilometers) northwest of Perth. That's about a third of the size of the previous search zone and is based largely on Inmarsat data about where the plane may have traveled, said CNN analyst David Gallo.

The area of ocean is deep, and a cyclone that packed wind speeds of more than 160 mph churned through two weeks ago, when crews were focused elsewhere in the Indian Ocean. The storm could have further spread any debris.

"This was an area that looked like a washing machine in the first place, but now we know it was even worse than that," CNN meteorologist Chad Myers said.

But Tuesday's weather was calm, with no major systems near where the pings were detected, said CNN meteorologist Sherri Pugh.

Teams are also still investigating pulses detected Friday and Saturday by a Chinese ship about 600 kilometers (375 miles) southwest of where the Ocean Shield is searching.

The signals detected by the Chinese weren't as sustained as those picked up by the Ocean Shield, and the Chinese vessel's detection gear isn't as advanced as the U.S. pinger locator.

Houston said Monday that they were probably separate events.

Some friends and relatives of passengers said they were keeping their hopes in check.

"Until they physically locate the bulk of the plane with the black box intact and passenger bodies, I won't believe it," said Sarah Bajc, the partner of American passenger Philip Wood.

At a candlelight vigil in Beijing on Monday night, some relatives sobbed and others bowed their heads.

"If the plane is there, it's there. We can't change it," the husband of one passenger said. "But I am still hoping for a miracle to happen."

"The Survivor Diaries" Premieres Tonight on CNN at 10pm ET

In the "Survivor Diaries," you can follow the journey of professional dancer Adrianne Haslet-Davis, a Boston Marathon bombing survivor who had her lower left leg amputated after shrapnel tore through it.

Haslet-Davis agreed not only to allow CNN to follow her journey to recovery, but also agreed to film her everyday life in video diaries.

The exclusive videos she shared with CNN paint a raw, honest and at times heart-breaking picture of a woman battling extreme physical and emotional challenges.

The riveting one-hour documentary is hosted by Anderson Cooper and premieres tonight on CNN at 10pm ET.

"You could tell, even in those early days in the hospital – just how, I mean she's a remarkable person," Cooper said on "New Day" Tuesday.

"She is incredibly driven and she had this incredible attitude that I think really touched a spark with a lot of people."

Women make less than men, even at the White House: Happy Equal Pay Day! Well, not happy, really. Today is the day in the year when American women’s pay from last year catches up to that of American men. Women, according to the data, make about 77 cents for every dollar a man does. We’re 23% into 2014.

Whether or not there is an actual pay gap and how large it is remain the subject of some debate. The census data that shows women make 77 cents for every dollar men make is calculated by adding all the wages of women and dividing the total by all the wages of men. But that doesn’t take into account a lot of factors, like women taking time off work to have children or choosing different career paths.

Professional fact checkers at Factcheck.org  (“exaggeration”), Politifact (“Mostly False”) and The Washington Post (“one Pinocchio”) have all found problems with the claim. The American Association of University Women released a report that concluded the pay gap was closer to 7% than 23%.

For the past several elections, Democrats have adopted the equal pay issue and made the equality of paychecks a huge priority.

But the issue of equal pay plagues President Obama’s White House. An analysis by the conservative American Enterprise Institute found that women staffers made about 88 cents on the dollar, compared with male staffers.

"What I can tell you is that we have, as an institution here, have aggressively addressed this challenge, and obviously, though, at the 88 cents that you cite, that is not a hundred, but it is better than the national average," he said. "And when it comes to the bottom line that women who do the same work as men have to be paid the same, there is no question that that is happening here at the White House at every level."

Two deputy chiefs of staff in the White House – one male and one female – Carney said, make the same salary.

Watch this story and more from today's "Inside Politics" with John King.