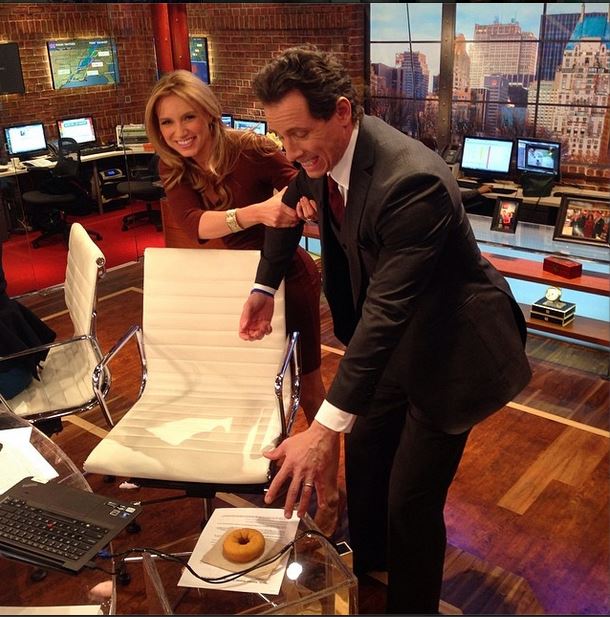 As former President George W. Bush unveils his paintings for the first time publicly, he said he expects some of the world leaders who were his artistic subjects to be surprised at the quality.

"I think they're going to be (like), 'Wow, George Bush is a painter,"' Bush told NBC's "Today" show in an interview set to air Friday. "I'm sure when they heard I was painting, (they said), 'Wow, I look forward to seeing a stick figure he painted of me.'"

Watch this story from today's "Inside Politics" with John King. 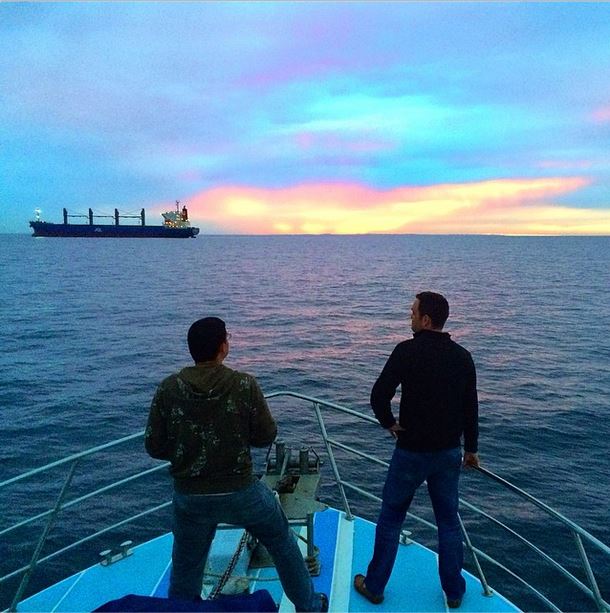 "New Day" Photo of the Day

Investigators are still guessing as the underwater search for pings from the missing Flight 370’s data recorders begins.

The noise of the pinger is the sound that searchers from around the world are desperately hoping to hear. But the problem is, time's running out.

The pinger's batteries will likely die after 30 to 45 days, and Friday marks the 28th day of the search.

Reporter Will Ripley is covering the story from the boat the Thunder in the ocean and describes this photo as "a stunning sunset as we report live."

And if you have photos you'd like us to share as our picture of the day, send them our way for consideration.

There was a time when there was nothing like David Letterman on television.

He took elements of Steve Allen, Ernie Kovacs, Johnny Carson and Mad Magazine, ran them through his own skewed perspective, and came up with something new: the anti-talk show.

Letterman announced Thursday that he was stepping down from "The Late Show with David Letterman" sometime in 2015.

If you were a celebrity who came on "Late Night" (his 1980s NBC show) or "The Late Show" (his CBS successor) simply to chat about your new movie or album or TV show, good luck to you. Dave - he was always "Dave" - might be interested, but more likely he was bored or cranky. He much preferred the Steve Martins or Bill Murrays of the world who would use their spot to do something silly.

It was a comedic style that never really captured Middle America - for most of their 20-year rivalry, Jay Leno's ratings were much higher than Letterman's - but influenced a generation of comedians and comedy writers.

"The Simpsons," Ben Stiller, Conan O'Brien, Jimmy Kimmel, any comedian or comedy that used irony, silliness, absurdity and a little bit of antagonism as their stock in trade - Dave made network television, previously an irony-free zone, safe for all of them. (There was more than a little Letterman in Garry Shandling's curdled, insecure faux talk-show host, Larry Sanders.)

"He did the thing that everyone's tried to do since and has never done, which is to take the talk-show form and redo it," Jerry Seinfeld, an early Letterman guest, told Rolling Stone in 2011. "The mindset was, 'We're tired of pretending there are no cue cards and no cameras and nothing's rehearsed. It's late, and we're going to take over this little piece of territory and do our own thing.' Now that mindset is everywhere."

At its best, Letterman's late-night show was unpredictable, particularly in the 1980s, when it was all new. He once used pictures from an old Sears catalog over the opening credits. He did a "360-degree show," letting the camera rotate all the way around during the course of the hour. (At the half-hour mark, Letterman was upside-down.)

His interviews - the "talk" of talk shows - were often deliberately devoid of content. Sometimes he used his guests for comedy bits, as when Steve Martin - allegedly on the set to promote a movie - deplored Letterman's questions and then had the Late Show Gospel Choir launch into a gospel song about himself.

Other times they were, shall we say, antagonistic. Perhaps the most famous example was an appearance by actor Crispin Glover ("Back to the Future") in 1987. At one point, Glover got up to demonstrate a roundhouse kick. Letterman went to a commercial break. When he returned, Glover was gone.

Of course, Letterman reveled in friction. Both Cher and Madonna had tetchy interviews with the host. He made much of an alleged feud with Oprah Winfrey. During the "Late Night" days, he booked people like Brother Theodore or "American Splendor" cartoonist Harvey Pekar - types who were the very antithesis of talk-show guests, types that made audiences uncomfortable.

Letterman grew up a bit when he went to CBS in 1993. With NBC, he wore blazers and sneakers, very much the impish college boy. Suddenly he was in nice suits and shined shoes. The guests became more of the A-list variety, though Dave was still the type to make room for a musician like Warren Zevon, a personal favorite who would never have passed muster on Leno's "Tonight."

But it probably says something that Letterman's most striking moments of recent years came when he dropped the ironic pose and spoke from the heart. These moments - paying tribute to mentor Johnny Carson, thanking his heart surgeons, talking about his son, confessing to an affair - made the very private host seem a little more approachable.

Given some of the stories about Letterman's self-loathing that his former partner and onetime head writer, Merrill Markoe, has told over the years, he probably hated that.

Who shall be the heir?

With Jimmy Fallon's takeover of the "Tonight Show," commentators have been making much of a "return to earnestness," playing up Fallon's niceness and wide-eyed wonder. Fallon himself has named Steve Allen as a model, not so much Letterman. (Conan O'Brien would never have said that.)

And there's something a little awkward about Letterman, the King of Absurdity, still presiding over his anti-talk show circus at the age of 67. It's not that he can't pull it off - it's that he's been doing it for so long that his original college student audience now has children (and grandchildren!) of their own. They have so many more options, and Dave is now one of many.

Who can replace him? Craig Ferguson, whose show follows Dave's (and is produced by Letterman's company, Worldwide Pants), is both earnest and oddball - but maybe a little too fringe-y for the 11:30 p.m. ET slot. There are whispers about Stephen Colbert, fully invested in his own ironic character.

But maybe the point is that nobody can replace Dave. After all, there's a little Dave in all of them.