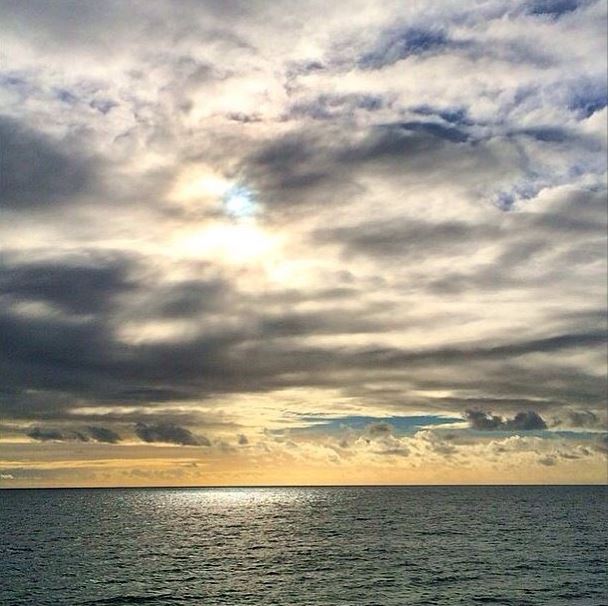 Malaysia Airlines Flight 370: Get Up to Speed on the Latest Developments

For three weeks, crews have searched for the missing Malaysia Airlines Flight 370. But so far, they have nothing to show for it.

More objects were pulled from the waters over the weekend, but they weren't debris from the plane.

On Sunday, an Australian aircraft spotted four orange items. Officials called them "the most promising leads."

On Monday, we learned they were fishing equipment.

For families of the passengers, the wait has been agonizing. And the mixed messages from Malaysian officials haven't helped. Last week, they were told everyone aboard had died. Then on Saturday, Malaysia's acting transportation minister said there could be survivors.

"We are here struck with sadness and urgency," said Jiang Hui, the families' designated representative.

Here's a cheat sheet to help you get up to speed on the latest twists in an investigation that has transfixed the world and baffled authorities:

What's the latest on what searchers have spotted?

Crews have come across a lot of debris, but none linked to the missing plane.

An Australian search team snapped photos of four orange objects it spotted in the water on Sunday.

Adams called the discovery of the four objects one of the "most promising leads" searchers have come across.

But after analyzing them, investigators determined whether they're from the missing plane.

Have ships in the search area recovered anything?

Yes, but so far none of the pieces of debris they've collected has turned out to be from the missing plane.

Objects picked up by ships on Saturday turned out to be fishing equipment and other items, officials said.

On Saturday, crew members aboard a Chinese plane dropped buoys to mark three suspected debris sites, China's state-run CCTV reported. It later said an orange "suspicious object" spotted by a Chinese plane Saturday turned out to be a dead jellyfish.

What are the passengers' families saying?

On Sunday, a group of families demanded more evidence from the Malaysian government on the fate of their relatives.

"We want evidence, we want truth and we want our family," they chanted outside a Kuala Lumpur hotel.

Far from that crowd, the husband of one of the plane's flight attendants told CNN's Paula Hancocks he's angry about the way the airline has handled the situation, and he doesn't know what to tell his two children when they ask when their mother's coming home.

He's vowed to bring her back, but it's a promise he's not sure he'll be able to keep.

"I really don't know where she is now," he said, tears filling his eyes.

Who's searching for the plane?

"The effort is ramping up, not winding down," Australian Prime Minister Tony Abbott told CNN's Atika Shubert on Monday.

The aircraft include military planes from Australia, New Zealand, Japan, China, South Korea, the United States and Malaysia. And a civil jet will act as a communications relay, authorities said.

The number of ships is particularly important, CNN's Kyung Lah reported. It's the most vessels to comb the Indian Ocean search area so far.

That could be key if investigators do spot the plane's wreckage, she said, because they'll only be able to know for sure after they pull the debris aboard and examine it more closely.

"You have to verify it by having a ship go out there and pick it up," Lah said. "And with more of them at sea, there is more hope that perhaps they can figure it out, get to these objects more quickly and verify them more quickly."

Are authorities sure they're searching in the right place?

Abbott didn't directly respond to reporters' questions about how confident he was in the area investigators are searching.

"We are searching a vast area of ocean, and we are working on quite limited information," he said. "Nevertheless, the best brains in the world are applying themselves to this task. ... If this mystery is solvable, we will solve it."

The latest data analysis shows Malaysia Airlines Flight 370 ended up in the southern Indian Ocean. But officials have offered different assessments of exactly where it could have gone down.

Investigators shifted the search to an area closer to Australia's coast on Friday after concluding that the plane had been traveling faster and burning fuel faster than they previously had thought.

Is there a time limit to the search?

Speaking from the Royal Australian Air Force base where search teams have been headquartered, the Prime Minister said he wouldn't set a time frame for the hunt.

But he acknowledged that could change if crews don't find anything after a period of time.

"If nothing of substance is found, obviously such a point is eventually reached, but we are well, well short of that point, and I think we owe it to the grieving families of the 239 people on board. We owe it to the anxious governments of all of the countries who had people on board that aircraft. We owe it in particular to the Malaysians. ... We owe it to all of them to do whatever we reasonably can to get to the bottom of this mystery," he said.

As for Malaysia, Prime Minister Najib Razak said in a Facebook post late Sunday that the search for the plane won't stop until investigators locate the missing aircraft.

"The Malaysian government is fully committed to the search operation," he said, "and we will not stop until the plane is found."

What about the flight recorder?

Officials have said they're racing against time for another reason.

The more time passes, the harder it could be to find the plane's flight data recorder. The batteries on the "pinger" - the beacon that sends a signal from the recorder - are designed to last about 30 days. The plane disappeared March 8 - 23 days ago.

To help find the flight recorder once wreckage is found, an American pinger locator and undersea search equipment were loaded onto the Ocean Shield, an offshore support vessel of the Royal Australian Navy. The ship was originally set to depart Monday morning, but authorities said it would be delayed at least six hours for an inspection, CNN's Will Ripley reported.

It will take the ship up to three days to reach the search area.

U.S. Navy Cmdr. William Marks told CNN's "State of the Union" that his team needs a conclusive piece of debris to narrow down the search area before they deploy the equipment.

"We have to be careful not to send it in the wrong place," he said, "but we also wanted to get it out there as close as we can to what we believe is the right place."

After interviews with friends and family, The Wall Street Journal's Mark Magnier has more background about the pilots of Flight 370.

Writing for that paper, Magnier starts: "One came of age hanging out in bars with hotshot young pilots and sang "Hotel California" at karaoke sessions. The other drove a black Audi and dabbled in guitar."

His profile of Capt. Zaharie Ahmad Shah and 1st Officer Fariq Ab Hamid, respectively, sheds a bit more light on the personal lives of the two men, but it gives no more answers about what happened to the missing plane.

On "New Day" Monday, the journalist described the lead pilot as modest.

"When he would introduce himself at events he wouldn't tell people he was a pilot, that says quite a bit," Magnier said.

Potential leads on the missing Malaysian Airline Flight 370 keep coming. So do the setbacks and frustrations.

Monday's search ended without finding anything significant, Australian officials said. Four orange objects spotted by search aircraft and earlier described as promising turned out be nothing more than old fishing gear, they said.

Underscoring the difficulty of the search, U.S. Navy officials loaded underwater locating gear aboard an Australian naval support vessel and set out to sea Monday evening, but won't be able to make use of the equipment until searchers narrow the search zone.

U.S. Navy Cmdr. William Marks told CNN's "State of the Union" that his team needs a conclusive piece of debris to narrow down the search area before deploying the equipment.

"We have to be careful not to send it in the wrong place," he said. "But we also wanted to get it out there as close as we can to what we believe is the right place."

The gear includes a pinger locator that's towed behind a ship and scans for the sound of the locator beacon attached to the plane's flight data recorder. Also on board is a remotely operated submersible that can look for wreckage on the ocean floor.

It will take the ship, the Ocean Shield, three days just to get to the search zone, leaving precious little time to locate the plane's flight data recorders before the batteries on its locator beacon run out. The batteries are designed to last 30 days; the plane has been missing 23 days.

Under favorable sea conditions, the pingers can be heard 2 nautical miles away. But high seas, background noise, wreckage or silt can all make pingers harder to detect.

In this case, searchers barely know where to look at all.

"We are searching a vast area of ocean, and we are working on quite limited information," Australian Prime Minister Tony Abbott told reporters Monday. "Nevertheless, the best brains in the world are applying themselves to this task. ... If this mystery is solvable, we will solve it."

And he vowed to keep looking.

"The intensity of our search and the magnitude of our operations is increasing, not decreasing," he said.

Flight 370 vanished March 8 while flying from Kuala Lumpur to Beijing.

A new Australian Joint Agency Coordination Center is being formed to synchronize search efforts among Australian agencies and other countries taking part in the search, Hishammuddin said.

And Malaysia will ask the United States about the possibility of deploying more military assets, he said.