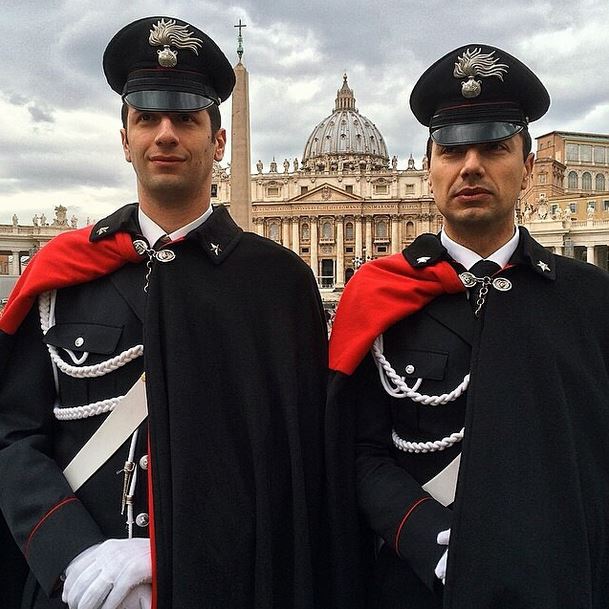 We've got the latest on the President meeting the Pope and the rest of your top political headlines in 90 seconds. Go "Inside Politics" Thursday with John King.

BASE Jumper Joby Ogwyn About To Glide Off Everest

He's climbed all seven of the highest mountains in the world and then flown off those peaks in a wing suit!

In May, he will be the first person to ever fly from the summit of Mount Everest.

"I'm gonna fly down in 10 minutes," the adventurer said on "New Day" Thursday.

You can follow his progress and watch the special “EVEREST JUMP LIVE" on Discovery in May.

Oscar Pistorius Trial: How Will the Defense Fight Back?

Oscar Pistorius killed Reeva Steenkamp on Valentine's Day last year. Of that, there is no doubt.

But was it murder?

One of South Africa's toughest prosecutors, Gerrie Nel, has been fighting for most of this month to prove it was.

Starting Friday, one of the country's shrewdest defense lawyers, Barry Roux, will try to convince a judge that it wasn't.

The verdict will hinge on two questions:

Did the Olympic sprinter know his girlfriend was behind the door in the bathroom of his house when he fired four hollow-point bullets through it in the middle of the night?

And if he did not - if he thought she was a burglar, as he insists - did he act as a reasonable person would have?

Critical testimony will come from the only living person who was in the house at the time, the "Blade Runner" himself.

Pistorius is likely to take the stand for the first time Friday to tell the story he has been telling for more than a year now.

He woke up in the middle of the night, went to his balcony to bring in a fan - or two fans, in his most recent version - heard his bathroom window opening, took his gun, went to the bathroom and fired through the door when he heard a noise in the toilet.

"It was pitch dark in the bedroom, and I thought Reeva was in bed," he testified when he applied for bail in the days after the killing.

In that version of the story, Pistorius emphasized that he "felt a sense of terror" when he heard the noise, that he "felt extremely vulnerable" because he was not wearing his prosthetic legs, and that he "has been a victim of violence and of burglaries before."

And, he said, "We were deeply in love and I could not be happier."

If Judge Thokozile Matilda Masipa believes that story, Pistorius could be acquitted of murder. She could find him guilty of the lesser charge of culpable homicide - similar to what would be called manslaughter in the United States - or find him not guilty at all.

The defense is likely to rely on three types of experts to support Pistorius' story:

Pistorius fired four shots. Three hit Steenkamp: one in the hip, one in the arm and one in the head. The shot to the head probably killed her almost instantly.

But when did that shot hit her? The prosecution says it hit her last. That means she would have been able to scream between shots - potentially giving Pistorius a moment to realize his mistake and stop shooting.

Roux said the defense ballistics expert would show that the order of shots was different, and that Pistorius fired the four shots in two quick bursts - two "double taps."

Mangena said it was "impossible" for the pattern of wounds on the body to be the result of two double taps, ultimately leaving Roux sighing dismissively and promising that his own ballistics expert would explain.

Messages between Pistorius and girlfriend read in court

Oscar Pistorius threw up repeatedly as Gert Saayman, who performed the autopsy on Steenkamp, described the devastating wounds Pistorius inflicted on her.

But as gruesome as the testimony was, it is not critical to the state's case - there's no doubt, after all, who killed Steenkamp or how.

The most damning thing Saayman said was far less dramatic. Based on the contents of her stomach, the pathologist suggested that Steenkamp had probably eaten around 1 a.m., about two hours before she died.

That's a direct contradiction of Pistorius' story that they were in the bedroom by about 10 p.m., her doing yoga and him watching television, and that they went to sleep after she finished her yoga.

Roux hammered Saayman on the question of when Steenkamp last ate, going so far as to bring in academic articles for the pathologist to read, a clear sign that the defense considers it crucial to rebut that point.

Saayman did not budge.

A pathologist who attended the autopsy on behalf of Pistorius, Reggie Perumal, is due to testify for the defense

A police cell phone expert also may have found a similar inconsistency with Pistorius' timeline. Capt. Francois Moller, who downloaded the contents of Pistorius' iPhone, said it made an Internet connection for about five minutes an hour and 20 minutes before the shooting. The defense may put forward an expert of their own to explain.

Pistorius needs the judge to believe not only that there is a chance he made a genuine mistake in thinking Steenkamp was a burglar, but that his response was reasonable.

Sean Rens, a gun dealer who was selling a small arsenal to Pistorius at the time of the killing, testified that the athlete had passed a test showing he knew what the law said about firing in self-defense.

On the face of it, what Pistorius did in firing through a closed door, when he could not see an imminent threat, was neither legal nor safe, the Rens testimony suggested.

But a psychiatrist may argue that Pistorius should be judged by a different standard of reasonableness because he is a double amputee who was not wearing his prosthetics at the time.

His statement at his bail hearing implied that he should: "As I did not have my prosthetic legs on and felt extremely vulnerable, I knew I had to protect Reeva and myself. ... I felt trapped as my bedroom door was locked and I have limited mobility on my stumps."

If the judge accepts that as true, Oscar Pistorius' disability could prove to be his greatest defense.