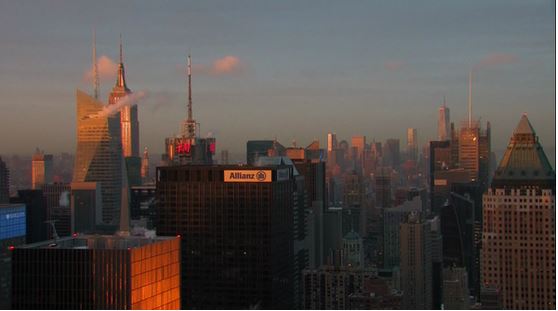 A protest turned into a chaotic scene Wednesday, a sign that patience is fraying among the relatives of the passengers on missing Malaysia Airlines Flight 370.

The families of the missing have been mostly out of the spotlight as Malaysian authorities spearhead a mission to locate the plane. But as Day 12 rolled around with no answers, the frustration became evident.

Three women, relatives of the passengers, staged a protest at the Kuala Lumpur hotel where the world's press is staying. Their efforts were cut short by security guards who removed them through a crush of reporters, dragging one as she screamed.

"I don't care what your government does," one woman shouted, referring to the Malaysians. "I just want my son back."

The flashes from dozens of cameras lit up her face as she spoke.

The woman identified herself as the mother of Li Le, a 26-year-old Chinese national aboard the missing plane.

Another woman, wearing a blue shirt, white baseball cap, sunglasses and a face mask raised her right arm as she demanded more information from the Malaysian government.

"We need media from the entire world help us find our lost families and find the MH370 plane," the woman said. "We have no information at all. ... They only say 'keep searching' - from South China Sea to Malacca Strait to Andaman Sea."

Why no phone calls from the plane?

She and the other families waiting in Kuala Lumpur said they aren't satisfied with "the Malaysian government's inaction."

"What we need is to know the truth, to know where the plane is," she shouted. "We have had enough. Malaysian government are liars."

Guards then escorted the women out, apparently against their will.

The screams of Li Le's mother were piercing as she was dragged through a sea of reporters.

The other two women were also led out by guards. All three were taken to a room in the hotel, where Malaysian authorities blocked the door.

The agony of the wait was felt not just in Kuala Lumpur. Families in Beijing - the scheduled destination for MH370 - also gather daily for a briefing with officials.

Ye Lun, whose brother-in-law is on the missing plane, says every day is the same. He and his group leave the hotel in the morning for a daily briefing, and that's it. They go back to the hotel to watch the news on television.

The deepening mystery has taken its toll on the families.

The emotions of Ye's sister - wife of one of the passengers - have become very unstable, he said.

"Every morning, she feels that she's got hope when she comes to the briefing. Then they simply say those blurry things again," Ye said. "Then she loses hope again."

Ye's brother-in-law is a veteran of the Malaysia Airlines' Kuala Lumpur-Beijing route, a silver-level frequent flyer.

"The longer the wait, the bigger the mental shadow we have," he said.

Journalist Says That Hero Pilot Theory You Read Is Wrong

Have you read this article by pilot Chris Goodfellow that started on Google+, was republished by Wired,  and circulated heavily online Tuesday?

Goodfellow puts out his theory on the missing Malaysia Airlines Flight 370 and supposes there was a fire in the plane and the pilots acted as heroes.

The pilot explains the sharp left turn the plane took as the pilots looking for the nearest 13,000 feet runway to land, at an airport in Langkawi.

Slate aviation journalist Jeff Wise says people are choosing to believe this theory because it's emotionally compelling. But he doesn't buy the hero pilot answer.

"He said he knew what the lost pilot and co-pilot had been thinking when they made that turn, and it was something he’d thought himself, while behind the yoke of an aircraft, many times before. 'We old pilots were always drilled to always know the closest airport of safe harbor while in cruise,' he wrote. 'Airports behind us, airports abeam us and airports ahead of us. Always in our head. Always.' He did not turn back to Kuala  Lampur because he knew he had 8,000 foot ridges to cross. He knew the terrain was friendlier towards Langkawi and also a shorter distance."

The journalist says 1) the data points doesn't support it, 2) if there was a fire, the pilots would have accepted landing at a shorter length runway, and  3) the deliberate nature of the way point being entered at least 12 minutes before the co-pilot said goodnight suggests a planned action.

"A fire on an airplane is one of the most perilous things that can happen on a plane. They would immediately try and go to the nearest airfield, anything over 5,000 ft. would be perfectly fine to land the plane... it would have been more difficult to land at but you don't care. If your plane is on fire you get down. As for the Langkawi theory – they didn't enter the code for Langkawi, they entered a code for beyond Langkawi.  And the most damning  information is that this way point was entered well before, at least 12 minutes before, the co-pilot said goodnight and the plane began its heading change. This navigation was not the result of a last minute panicked attempt to reach an airport,  it had been planned well in advance."

In today's edition of the "Good Stuff," a California couple saves a falling baby with quick thinking and a mattress. CNN's Chris Cuomo reports.

Konrad and Jennifer Lightner said they saw a baby dangling from a 3rd floor window while they were moving from one apartment to another down the Burbank alley way carrying their mattress.

When they saw the child, they quickly dropped the mattress under the window.

However, the baby came tumbling out and got caught by some phone lines and froze for a moment before falling into the man's arms.

"It feels like I watched a TV show, like it didn't happen to me," he said.  "And then after that, we actually had to move."

See the full story here, and if you have #GoodStuff news, let us know!