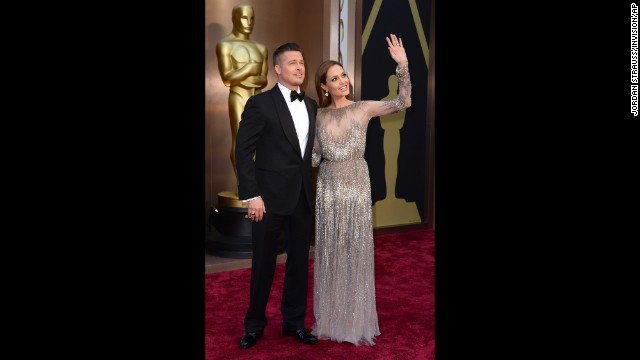 It's the morning after Hollywood's big night. A blast of arctic air has much of the U.S. shivering as a crisis heats up in Ukraine. A sensational murder trial is under way in South Africa. And a man who won an age discrimination lawsuit might not collect $80,000 after all - because his daughter talked about the settlement on Facebook.

Look smart at the office: Here’s a recap of the 2014 Academy Awards in 38 words: Beautiful people were beautifully dressed. Jennifer Lawrence fell – again. Ellen DeGeneres took a selfie that ricocheted around the Twitterverse. That crack-smoking mayor from Toronto even showed up. Also, some people in the entertainment industry won some awards.

If only Bradley's arm was longer. Best photo ever. #oscars pic.twitter.com/C9U5NOtGap

Nischelle Turner joins us for Oscar talk between 6 and 8 a.m.

Russian intervention sparks outrage in the West: Secretary of State John Kerry travels to Ukraine tomorrow. He's going as Russian troops seem to have “complete operational control” in Crimea, a part of eastern Ukraine where loyalties to Russia run deep. That’s the word from a senior U.S. administration official, who cites U.S. estimates of 6,000 Russian troops in Crimea. Russia moved in after an uprising ousted Ukraine’s president.

In the forecast: (More) snow and ice: Spring might be right around the corner, but don’t let the calendar fool you: It’s cold out there. Snow and ice may make life miserable for up to 90 million people in parts of the Plains, Midwest and the Mid-Atlantic states. The storm has closed schools and offices, made driving dangerous and delayed or grounded flights nationwide.

Forecast #freezingrain #ice accumulations across the central/eastern US with the ongoing #winterstorm pic.twitter.com/LxeU0Qkha1

Indra Petersons, Alexandra Field and Margaret Conley have the latest all morning.

Did track star murder his model girlfriend? The cameras captured Oscar Pistorius when he raced for glory as a double-amputee Olympian. They chronicled Reeva Steenkamp’s alluring beauty. Now the focus shifts to a courthouse in South Africa. Pistorius is on trial for murder Monday in the shooting death of Steenkamp, who was his girlfriend. He shot her to death in his upscale home just before dawn on Valentine’s Day last year. Pistorius says he mistook Steenkamp for a burglar. Police don’t buy it. Now a judge will try to sort it out.

CNN's Robyn Curnow is live from Pretoria in the 7 a.m. hour.

Suck it, school! Wait. Were we supposed to keep that quiet? Patrick Snay had a reason to pop open the champagne after his former employer, the Guillver Preparatory School in Miami, agreed to pay him $80,000 to settle an age discrimination lawsuit. Then his daughter went online. "Gulliver is now officially paying for my vacation to Europe this summer. SUCK IT," she wrote. Problem One: The settlement had a confidentiality clause. Problem Two: People see and share stuff online. Soon, the school argued in court that it shouldn’t have to fork over the $80K because the 69-year-old Snay had violated a confidentiality agreement. An appeals court ruled in favor of the school last week.

"New Day" will update news headlines throughout the morning.

–This is scary! This is awesome! Talk about a roller coaster of emotions. Watch this little girl ride from terrified to terrific in less time than it takes you to say, "You must be this tall to ride this ride."