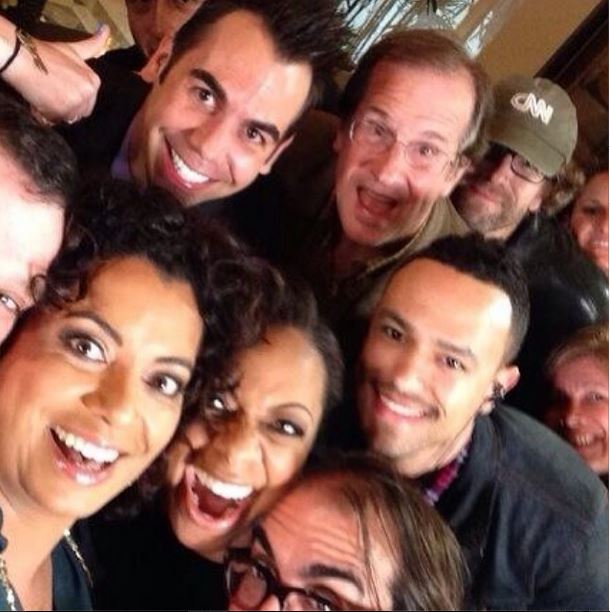 Ukraine: Analysis and Potential Next Steps

Rep. Marcy Kaptur, (D) Ohio, and Nicholas Burns, former ambassador to NATO, weighed in on the situation in Ukraine on "New Day" Monday.

When Chris Cuomo asked Kaptur about the the conflict and the direction it could be heading, Kaptur responded:

"I think it is extremely dangerous. Ukrainian's fight. And Russians fight. And the history of the 20th century is that there's no place on earth where the soil is more blood-soaked than there. And so there is a moral responsibility for our world – the United Nations should be working over time to try to de-escalate the tensions there."

Rep. Ed Royce, (R) California, also weighed in with potential solutions to the crisis in Ukraine.

Rep. Royce said sanctions against Russia could hit them where they'd be impacted the most – with their economy.

20 Questions: What is Russia's Interest in Ukraine?

Russia approved the use of military force in Ukraine on Saturday, despite warnings of consequences from the West, and Ukraine responded by saying any invasion into its territory would be illegitimate.

The acting prime minister has gone so far as to say that a Russian invasion would mean war and an end to his country's relationship with Russia.

But there are so many questions as to how Ukraine arrived at this point: Why is Russia so interested in happenings there? Why does the West want to prevent Russian intervention? How did we get here? Why have thousands of protesters staked their lives, seemingly, on their desire for political change? And why has the government resisted their calls so vehemently?

1. Why has Russia gotten so involved?

Eastern Ukraine and the Crimea have closer ties to Russia, while Western Ukraine is more friendly with Europe. Many Eastern Ukrainians still speak Russian, and the 2010 presidential elections divided the country with Eastern Ukraine voting heavily in favor of pro-Russia Prime Minister Viktor Yanukovych. On Saturday, the Kremlin issued a statement that Russian President Vladimir Putin told U.S. President Barack Obama that Russia approved military action in Ukraine because it "reserves the right to defend its interests and the Russian-speaking people who live there."

The Ukraine Parliament voted him out of power and he has fled to Russia. However, in a press conference Friday, the former President said - in Russian rather than Ukrainian - that he was not overthrown. He insisted he was still the boss and that he wants nothing more than to lead his country to peace, harmony and prosperity. While it's unclear if he could return to power, Russia's ambassador to the United Nations blamed members of the European Union for the bloody demonstrations that led to Yanukovych's ouster.

3. What will happen in Ukraine if Russia sends troops there?

Top Ukrainian officials, including the acting President and prime minister, have said they are prepared to defend the country. They've also said that any invasion would be illegitimate, a response echoed by the United States, which has told Russia to respect Ukraine's sovereignty.

4. Would there be international backlash to a Russian incursion?

The United Nations has warned Russia against military action, while Secretary-General Ban Ki-moon told Putin "dialogue must be the only tool in ending the crisis." International leaders have also denounced the prospect of Russian involvement, while Obama has warned there would be consequences if Russia acted militarily.

5. What sort of consequences?

Obama hasn't been specific other than to say Russia could face "greater political and economic isolation" and that the United States "will suspend upcoming participation in preparatory meetings for the G-8" in Sochi. Several Republican leaders in Congress have called on the President to take a tougher stand.

6. What are Obama's options?

Sanctions, of course, top the list of options, but the United States will need to prepare for the backlash. Former presidential adviser David Gergen says Putin would consider any sanctions "small potatoes" compared to keeping control of Crimea, while Putin could pull his support for Obama's initiative to reduce nuclear threats in the world, including in Iran. Christopher Hill, former U.S. ambassador to South Korea, Macedonia, Iraq and Poland, says imposing sanctions also raises the risk of alienating a superpower. "That means 20 years of trying to work with Russia down the drain," he said.

7. What started the turmoil in Ukraine?

Protests initially erupted over a trade pact. For a year, Yanukovych insisted he was intent on signing a historical political and trade agreement with the European Union. But on November 21, he decided to suspend talks with the EU.

8. What would the pact have done?

The deal, the EU's "Eastern Partnership," would have created closer political ties and generated economic growth. It would have opened borders to trade and set the stage for modernization and inclusion, supporters of the pact said.

9. Why did Yanukovych backpedal?

He had his reasons. Chief among them was Russia's opposition to it. Russia threatened its much smaller neighbor with trade sanctions and steep gas bills if Ukraine forged ahead. If Ukraine didn't, and instead joined a Moscow-led Customs Union, it would get deep discounts on natural gas, Russia said.

10. Were there any other reasons?

Yes, a more personal one. Yanukovych also was facing a key EU demand that he was unwilling to meet: Free former Prime Minister Yulia Tymoshenko, his bitter political opponent. Two years ago, she was found guilty of abuse of office in a Russian gas deal and sentenced to seven years in prison, in a case widely seen as politically motivated. Her supporters say she needs to travel abroad for medical treatment.

Many Ukrainians were outraged. They took to the streets, demanding that Yanukovych sign the EU deal. Their numbers swelled. The demonstrations drew parallels to Ukraine's 2004 Orange Revolution, which booted Yanukovych, then a prime minister, from office.

12. Who's heading the opposition?

It's not just one figure, but a coalition. The best known figure is Vitali Klitschko. He's a former world champion boxer (just like his brother Wladimir). Klitschko heads the Ukrainian Democratic Alliance for Reforms party. But the opposition bloc goes well beyond Klitschko and the UDAR. There's also Arseniy Yatsenyuk.

Catch the Oscars in 1 Minute