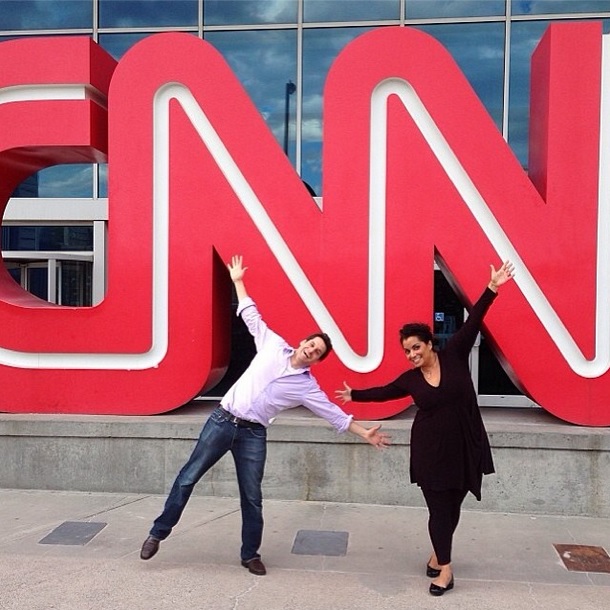 He made history in Sochi. Bode Miller became the oldest alpine skier to win an Olympic medal. His new bronze for the Super-G event ups his total of alpine medals to a U.S. record of six – the second-highest total for a male ski racer.

Ann Collins Johns decided to let President Barack Obama know that his comments last month about art history majors were inappropriate. So she fired up her computer, found the White House website and sent off an email.

A week later she got the surprise of her life when she received an email that included a handwritten apology from the President himself.

What did he say that was egregious enough to warrant a presidential apology? Well, last month, Obama was discussing the value of manufacturing jobs at a factory in Wisconsin when he said, "You folks can make a lot more, potentially, with skilled manufacturing or the trades than they might with an art history degree."

He went on to say that there was, "nothing wrong with an art-history degree. I love art history. I don't want to get a bunch e-mails from everybody."

But Johns, who teaches art history at the University of Texas at Austin, told CNN that she took exception.

"I sent him an email, never thinking for one second that anything would happen,” she said Wednesday morning.

Johns says she decided to be positive in her note.

"We really work hard on teaching students…who come in and take an art history survey class how to think, read and write critically, because that's what you do with art,” she wrote. “It's not just looking at a pretty picture. You have to call upon all of your resources to come up with some sort of interpretation."

Pamela Rauseo was stuck in traffic on a Miami highway Thursday when her 5-month-old nephew, strapped into his car seat behind her, stopped screaming - and she knew something was very wrong.

"That was a red flag for me, because the car was at a standstill and he'd had a little bit of a cold and I knew that he was congested, so I got really worried," Rauseo told CNN on Friday about her nephew, Sebastian de la Cruz.

It turns out that she had plenty of cause for worry. "I pulled over on the left, and I jumped to the back to check up on him, and he was out, he was sleeping, and I touched him to stimulate him. I got no response, so I took him out of his car seat and he was completely limp and turning purple. I tried to call 911, but I was just so nervous my hands wouldn't function."

But others did. Rauseo screamed for help, and fellow motorists on the stretch of concrete congested with vehicles responded.

Lucila Godoy was among the first.

"I was driving in the middle lane, she was in the fast lane, and all of a sudden I see her and she's screaming and she's holding the baby and she's putting it up and down," she told CNN. "I just stopped the car and jumped out of the car, and I asked her what was going on and we started working as a team."

The team grew. With the help of a police officer who showed up moments later, the women began performing CPR on Sebastian, who resumed breathing on his own.