A Kentucky pastor who starred in a reality show about snake-handling in church has died - of a snakebite.

On "Snake Salvation," the ardent Pentecostal believer said that he believed that a passage in the Bible suggests poisonous snakebites will not harm believers as long as they are anointed by God. The practice is illegal in most states, but still goes on, primarily in the rural South.

Coots was a third-generation "serpent handler" and aspired to one day pass the practice and his church, Full Gospel Tabernacle in Jesus Name, on to his adult son, Little Cody. 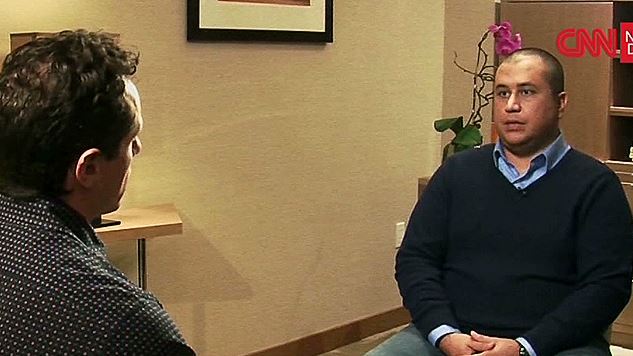 Millions Brace for Another Snowy Blast

Winds up to a howling 50 mph caused white-conditions from New York to Maine just two days after a nor'easter dumped over a foot of snow in some places.

If the endless bombardment of snow, sleet and ice seems unusual, it is!

This is one of the snowiest winters on record.

Forty-nine  states received snowfall on Thursday and almost 90 percent of the Great Lakes are frozen.

The last time they were covered in this much ice was in 1979.

A Pennsylvania woman charged in the November slaying of a man she and her husband met through Craigslist has told a newspaper that she killed many more victims, and authorities told CNN Sunday they are investigating the woman's shocking claims.

A law enforcement source close to the investigation said Miranda Barbour's new claims could be "the real deal." "It's conceivable," the source said, who did not want to be identified because of the ongoing investigation.

From prison on Friday, the 19-year-old Barbour told a reporter for the Daily Item in Sunbury, Pennsylvania, that she participated in at least 22 killings in the past six years in Alaska, Texas, North Carolina and California.

"When I hit 22, I stopped counting," Barbour is quoted as saying in a phone interview from Northumberland County Prison on Friday night. "I can pinpoint on a map where you can find them."

Sunbury Police Chief Steve Mazzeo told CNN that investigators have been in contact with the FBI and law enforcement in some of the states where Barbour has lived.

"We investigate all leads just because that's the proper protocol to follow through," Mazzeo added.

The FBI said it's too early to say what its involvement may be in the case.

"The FBI's Philadelphia Division has recently been in contact with the Sunbury Police Department regarding Miranda Barbour, and will offer any assistance requested in the case," it said in a statement to CNN.

Barbour told the newspaper she had her first experience with killing when she just 13, shortly after she said she joined a satanic cult in Alaska.

Authorities are looking closely at Barbour's claims that she was involved in Satanism, according to another law enforcement source close to the investigation.

Public defender Edward Greco, who is representing Barbour, told CNN he was not aware that his client was planning to give the interview.

Barbour requested the interview that was recorded on audio at the Northumberland County Prison, according to the Daily Item.

The reporter, Francis Scarcella, told CNN he was not allowed to bring in a notepad or any other recording device. He said police allowed him to listen to the interview after it was conducted.

"I feel it is time to get all of this out. I don't care if people believe me. I just want to get it out," Barbour is quoted as saying.

Greco would not comment on the accuracy of Barbour's claims.

Investigators believe Barbour had Craigslist encounters with at least 30 men, according to a source close to the investigation. Police are trying to find those men, the source said.

The father of Barbour's 1-year-old child is deceased. Sunbury police have said his death is part of their investigation.

Greco says the Craigslist case is still moving forward, and a trial date has not been set.

Barbour and her husband, Elytte Barbour, 22, face several charges including criminal homicide in that case. Both have pleaded not guilty.

The Barbours are accused of luring Troy LaFerrara, 42, through a "companionship" ad on Craigslist, and stabbing and strangling him to death on November 11, 2013.

The couple, married for only three weeks at the time of the slaying, just wanted to kill someone together, police said. They moved from North Carolina to Pennsylvania after they tied the knot.

Elytte Barbour told police at the time that he and his wife had tried to kill others, but the plans didn't work out.

"I remember everything," she told the Daily Item, adding the November killing was the couple's first. "It is like watching a movie."

After connecting on Craigslist and agreeing to have sex for $100, according to her interview with the Daily Item, Miranda Barbour met LaFerrara at a mall parking lot and drove to Sunbury.

She stabbed LaFerrara 20 times with a knife in the front seat of her red Honda CR-V while her husband tied a cable cord around his neck, police said.

LaFerrara's body was found in the backyard of a home in Sunbury, a small city about 100 miles northwest of Philadelphia, on November 12.

The last number dialed on his cell phone led police to the Barbours, according to authorities.

Miranda Barbour told the Daily Item that she felt no remorse for her victims and said she killed only "bad people."

"If I were to be released, I would do this again," Barbour is quoted as saying.