For Harlem Skaters, it's Not About Olympic Gold

And like clockwork, many rinks across the United States see a surge in enrollment for figure skating lessons inspired by Olympic fever. But the costs of seriously pursuing the sport put it out of reach for many families. Skates alone often cost $300, to say nothing of the ice time, coaching and costumes.

Yet each week in Harlem, Sharon Cohen helps more than 170 girls hit the ice and skate their way to new heights.

"The girls really fall in love with gliding, like I did, and realize that they're doing something very special," said Cohen, a former competitive skater who began teaching girls to skate in 1990.

"Before, there weren't a lot of girls (here) that could imagine themselves as figure skaters. ... But the thing about skating is it lets you imagine you can be anything."

Since 1997, Cohen's nonprofit, Figure Skating in Harlem, has provided skating equipment and instruction, tutoring and life skills classes to more than 700 girls from low-income communities. 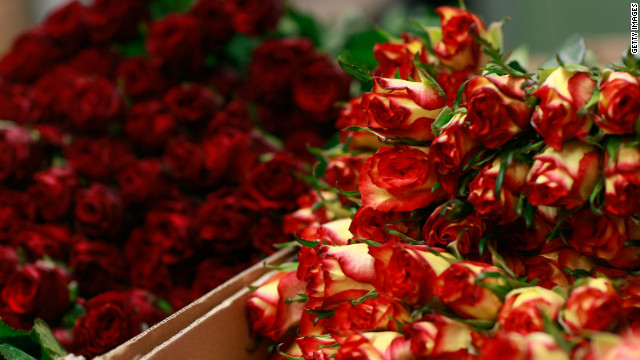 5 Apps That Can Help You Save Your Valentine's Day

Maybe you "forgot" it was Valentines Day and didn't make a reservation? Perhaps you are still looking for the perfect gift? There's an app for that.

The granddaddy of reservations continues to let you make reservations, quickly, in a few taps. Sign up and earn points too for discounts and specials. It's free, so you have no excuse.

This web site has already curated an entire page of gifts for Valentines day. You can blame the snow storm for the delay in it arriving.

Send a card, add in a gift card.. there are HUNDREDS of cards to chose from from naughty to nice.

From Moonit Labs, if you're looking for the stars to align before you find love, this is the place to go. The app lines you up with other astrological matches with Moonit. Already in love? Use the Couples app to see when your stars align so you can plan better dates.

Don't get caught with a lame playlist on Valentines day! MyMusic Cloud will dig through your library to create the perfect playlist for any mood- and it works across multiple devices!

Three models appear on the cover of the Sports Illustrated swimsuit edition for first time since 1994.

Makenzie Wethington,16, is speaking out for the first time since last month's horrific skydiving mishap in Oklahoma that sent her plummeting a terrifying 3,500 feet to the ground. CNN's Nischelle Turner reports.