What's With All of the Crazy Weather? 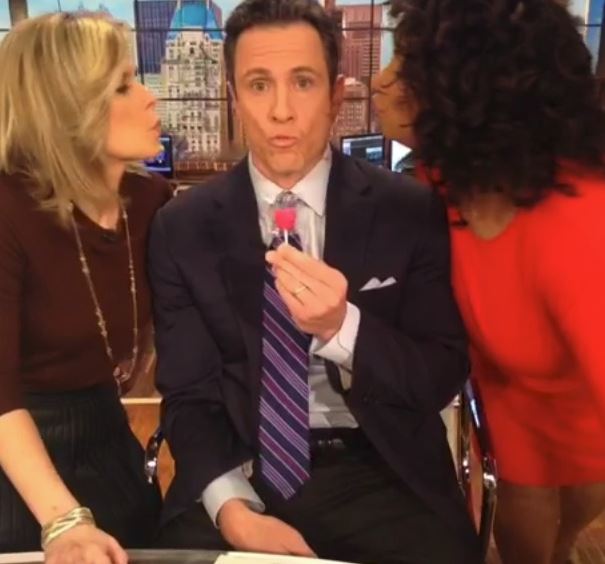 Surveillance footage made headlines this week showing a bus driver defending himself after a student hits him first.

However, the footage also shows the driver leaving the wheel of a moving vehicle which eventually crashed into 3 parked cars, one of which had people in it.

That driver, Scott Wells, was fired and now he's in a fight of a different kind – he's trying to get his job back.

Bassler tells CNN's Chris Cuomo, "There was no way Scotty could have secured the bus because the kid pulled him right out of his seat and they both fell into the aisle."

In today's edition of the "Good Stuff," an Olympian shares his glory with his brother who has cerebral palsy. CNN's Chris Cuomo reports.

Four years ago, Alexandre Bilodeau became a hero to Canada by winning the country's first gold medal of the 2010 Games. His upset win in the men's moguls lifted the spirits of the nation concerned with the slow start of its athletes. And the victory was even more poignant when Bilodeau celebrated with his brother Frederic.

Was it too much to ask for an encore Monday? No one had done it before in men's moguls.

Bilodeau, on his last Olympic run, was astonishing and won in brilliant style.

Again the brothers met in a long celebratory hug as Canadians cried, then the Bilodeaus held the country's flag up for fans to see.

"It was amazing," Alexandre said of celebrating with Frederic. "My brother is my everyday inspiration. Like I say all the time, if he had the life that I have lived, he would be a three-time Olympic champion."