Sinkholes are swallowing Corvettes now. Last year it washouses in Florida, and on Wednesday nature gobbled up some of the coolest and fastest cars to come off the assembly line.

The news that eight valuable 'vettes at Bowling Green, Kentucky's National Corvette Museum fell victim to a 40-foot-wide, 20-feet-deep sinkhole has triggered a collective gasp from the worldwide Corvette Nation.

"I was shocked," said Frazer Bharucha, 47, a Corvette owner since age 17. "We're talking about iconic cars that have been around for years."

The painful losses have been tallied: Of the eight cars that fell, six were donated to the museum by Corvette enthusiasts, and two are owned by the car's maker, General Motors. Among them were a 1962 Black Corvette, a 1984 PPG Pace Car, and a 1993 ZR-1 Spyder. The total value of the damaged cars is "substantial," said museum executive director Wendell Strode. 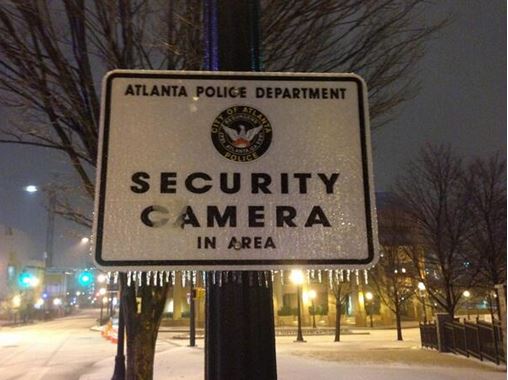 The Winter games in Sochi are in full swing and we already have  some viral moments worthy of a gold medal.

NBC Sports Analyst Johnny Weir has been getting rave reviews for his coverage, but he's also getting high marks for his fashion. Weir posted this on Instagram– his hot pink blazer was a hit with viewers Tuesday.

SEE VIDEO ABOVE FOR TWO MORE VIRAL MOMENTS FROM SOCHI

In today's edition of the "Good Stuff," an eccentric Iowa farmer surprises his community by leaving behind millions after he passes away. CNN's Michaela Pereira reports.

Family and friends of the late Edwin Skalla use the words "loner" and "quirky" to describe the farmer who had few friends but many odd habits, like his penchant for painting his nickname 'Bud' in big letters on the roofs of his barns.

So you can imagine everyone's surprise when after Bud's death at 92, the executor of his estate revealed to neighboring churches what he had bequeathed to them.

All in all, an estimated $10 million worth of farm land to be doled out among churches and parishes in thirteen different western Iowa towns.

See the full story at CNN affiliate KCCI  and if you have #GoodStuff news, let us know! Leave a comment, post on Facebook, or tweet to @ChrisCuomo & @NewDay using #NewDay and submit your story on iReport.