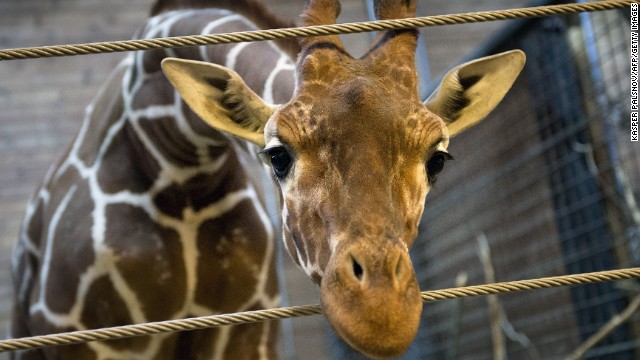 Georgia prepares for another icy winter mess. Michael Sam is open, out and proud. And a Danish giraffe becomes lion chow.

Better safe than ... well, you know: Proactive is the word of the day in Georgia, where Gov. Nathan Deal has already mobilized state emergency response agencies ahead of a potentially ugly mix of snow, sleet and ice expected to start tonight. School districts across north Georgia have started calling off classes and after-school activities.

"This is a whole different ballgame. What we had two weeks ago was a minor event. This is likely to be a major event."
- Meteorologist Glenn Burns

Two weeks ago, 2.6 inches of snow paralyzed metropolitan Atlanta and state emergency officials caught plenty of grief for how they handled the situation. This time, no one will complain if all these preparations turn out to be precautionary overkill.

Winter Storm Watch update 12:30am. This storm is looking more and more like a pretty nasty event... http://t.co/QmSPikUyyh #Atlanta

"Openly proud gay man": Missouri Tiger Michael Sam isn't the first guy to make such a proclamation, but he probably will be the first openly gay player drafted by the NFL. Not only is Sam an All-American, but he was named the top defensive player in the Southeastern Conference. That's no small feat, coming from the college football conference that sends more players to pro football than any other.

I want to thank everybody for their support and encouragement,especially @espn, @nytimes and @nfl. I am proud to tell my story to the world!

Does his revelation mean that one of the last barriers of bigotry in all of professional sports will soon fall?

MORE: NFL prospect Michael Sam comes out as gay
At 7, John Berman looks into what changes Sam could bring to the NFL.

Fed to the lions: His keepers at the Copenhagen Zoo called him Marius. Now he's just called dinner. The zoo euthanized the 2-year-old male giraffe yesterday despite an online petition to save him. Zoo official said his genes are already well-represented in the gene pool at the zoo and Marius was taking up space they could use for more “genetically valuable giraffes.”

"When giraffes breed as well as they do now, then you will inevitably run into so-called surplus problems now and then."
- Bengt Holst of the Copenhagen Zoo

Please tell me that was photoshopped and there weren't really a group of little children watching #Marius being killed? @copenhagenzoo

In the 6 o' clock hour, we'll hear from Berlin correspondent Fred Pleitgen about the death and the resulting uproar

Movie script-ready: The folks in Hollywood have to be drooling over this one. The story of Jose Salvador Alvarenga drifting across the Pacific for more than a year before washing up in the Marshall Islands may just be true after all. The details are incredible, that's for sure. His first meal? Pancakes, which he scarfed down one after another while his rescuers tried to learn more about him. And how did they communicate with him? Using charades and Spanish skills learned entirely from the animated children's series "Dora the Explorer." 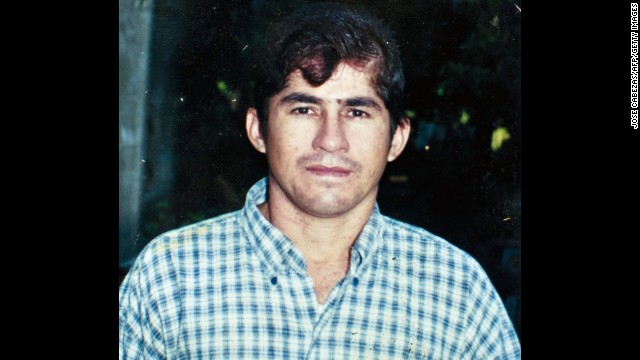 MORE: Dressed only in underwear, castaway appeared on islands weak and hungry

At 7, Miguel Marquez fills us in on the next chapter in this saga: Heading home.

Tools of the trade: Rifles, stones, skis and blades. It reads like a crazy shopping list at the hardware store, but it's actually the things Olympic athletes will use in their quest for winter sports glory. Medals will be awarded today in the biathlon, alpine and freestyle skiing, short track skating and - our favorite Winter Olympic sport - curling!
MORE: What to watch at the Winter Games on Monday

We hope you didn't miss any of the fun and zaniness over the weekend ...

- Like U.S. skater Ashley Wagner's pouty face after her figure skating score was displayed. Yes, we have our first meme of these Winter Games.

Where have I seen this b4? Oh yeah, it's the face every girl makes as I reveal my feelings for them. #AshleyWagner pic.twitter.com/4Xuk82UmI9

- Or American bobsledder Johnny Quinn, who punched his way out after he was trapped in a bathroom.

At 6 and 8, Rachel Nichols will wrap up the first three days of the Games. She'll also have an interview with Sage Kotsenburg, America's first gold medalist.

- Enough of this winter already: Preach it, brother! This 4-year-old makes a plea to a higher power.

- Letting off steam: This coffee shop popped up over the weekend, baffling Los Angeles customers. It's either a clever marketing campaign or a lawsuit waiting to happen. Or maybe both.

Enjoy our full menu of coffees and cold drinks pic.twitter.com/wPacrEEH9k

The line for Dumb Starbucks.

- Catawampus: This cat springs into action when his owner decides to bust a move.

- Don't look down: We're not sure if this is inspiring or just plain crazy. Expert climber Alex Honnold free solos El Sendero Luminoso, a 1,500-foot big wall in Monterrey, Mexico.