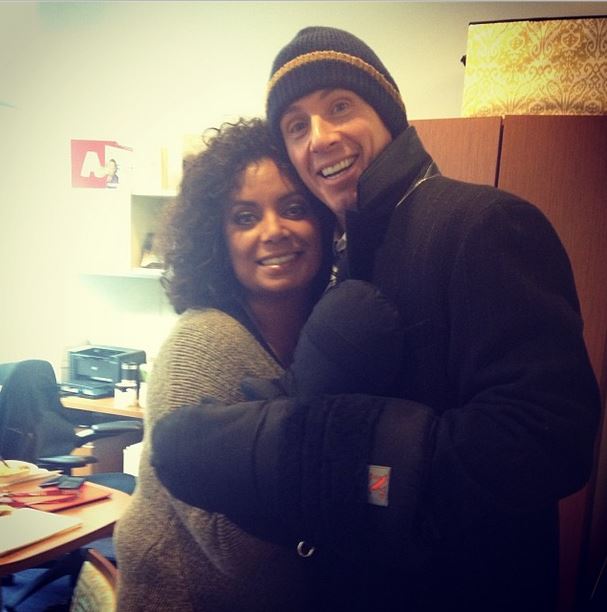 So many people wonder which diets really work the best for them personally.  What if you had another version of you to test things out?

After Xand Van Tullenken gained weight, he realized that he and his twin brother Chris knew very little about losing weight and eating a healthy diet. So they set upon a unique experiment, going on very different diets for one month to compare results.

Xand's eating habits changed to exclude carbs and sugar while Chris cut out fat. What happened may surprise you.

Xand says he ended up losing eight pounds but in one month, became pre-diabetic.

Chris says his brother's diet was antisocial and adds, "For me, any diet you're going to go on has to be sociable, it has to be palatable, and you have to do it for the rest of your life."

SEE THE REST OF THE RESULTS IN VIDEO ABOVE

Editor-in-Chief of "Popular Mechanics" Jim Meigs says cars could soon communicate with each other to avoid accidents.

The day before he was found dead in a Manhattan apartment, actor Philip Seymour Hoffman went to his favorite coffee shop for a four-shot espresso.

That night, he met two others for dinner at a West Village restaurant.

Nothing appeared out of the ordinary - either that morning or that night.

But some of those who interacted with Hoffman during the day Saturday paint a different picture.

The mother of his children said he appeared high. A passerby who stopped to say hi to him said the actor appeared "out of it."

In New York's Greenwich Village neighborhood, where Hoffman lived, it was common to see him riding a bicycle and walking his children to the public school they attended.

Now, police are trying to piece together the actor's movements last weekend as they look for anyone who might be linked to the drugs that apparently killed him.

Here's a timeline of what has emerged about Hoffman's final hours before the discovery of his body Sunday.

Saturday morning - Hoffman stops in at Chocolate Bar on 8th Avenue for his regular order: a four-shot espresso over ice with a splash of milk. He is alone and chats with members of staff. "He seemed perfectly fine," manager Jonathan Hanson tells CNN. "He seemed in good spirits. He was very happy."

Around 1:30 p.m. - Hoffman's assistant speaks to him on the phone. She also thought he seemed fine, she tells police. The assistant says she had visited him at his rented apartment Friday and noticed nothing out of the ordinary then, either.

2 p.m. - The first hint that something is amiss. Mimi O'Donnell, Hoffman's ex-partner and mother of their three children, sees him near his apartment. She later tells authorities she thought he appeared to be high, law enforcement sources say.

5 p.m. - Hoffman is spotted walking along Greenwich Street by Paul Pabst, executive producer of the syndicated "Dan Patrick Show." Pabst is with his wife and his sister, who plucks up the courage to say hi to Hoffman. The actor - bundled up in "a big, puffy coat" - appears surprised a stranger recognized him, Pabst says on his show. But he still responds, giving Pabst's sister "a half high-five" before continuing on his way. Pabst says his sister remarks that Hoffman seemed "out of it."

Saturday evening - Hoffman has dinner with two companions at Automatic Slims, a restaurant and bar in the West Village that he frequently visited. It is a short meal, at which Hoffman has a cheeseburger and drinks a cranberry and soda. A bartender at the restaurant, on Washington Street, tells CNN it appeared to be a business dinner.

Around 8 p.m. - O'Donnell talks to Hoffman on the phone. He again seems to be high, she later tells authorities. After their conversation, no other contact with Hoffman has so far been confirmed.

Between 8 and 9 p.m. - Hoffman withdraws a total of $1,200 from an automated teller machine in six transactions at a supermarket near his West Village home, two law enforcement sources say, citing bank records. A witness told investigators that he saw Hoffman withdrawing money around 8 p.m. at the supermarket while talking to two men who were wearing messenger bags, the officials said.

Sunday, 9 a.m. - Hoffman fails to show up at O'Donnell's home in the West Village to pick up his three children. His no-show causes concern.

11 a.m. - O'Donnell asks a Hoffman friend, playwright David Katz, to check on the actor. Katz and another person subsequently go to the fourth-floor apartment, where they find him dead, lying on the bathroom floor with a syringe in his left arm. He is wearing shorts and a T-shirt, his eyeglasses still resting on his head, according to law enforcement sources familiar with the inquiry.

Around 11:30 a.m. - Police are called. They arrive at the apartment shortly afterward. O'Donnell is told what has happened. She quickly picks up their son from the playground and brings him home.

The aftermath - Investigators discover close to 50 envelopes of what they believe is heroin in the apartment where Hoffman is found, the law enforcement sources say. They find used syringes, prescription drugs and empty bags that authorities suspect are used to hold heroin, the sources tell CNN.

After the discovery of Hoffman's body, word of his death spreads through the neighborhood. Friends bring flowers and cards in remembrance. The Oscar-winning actor was 46.