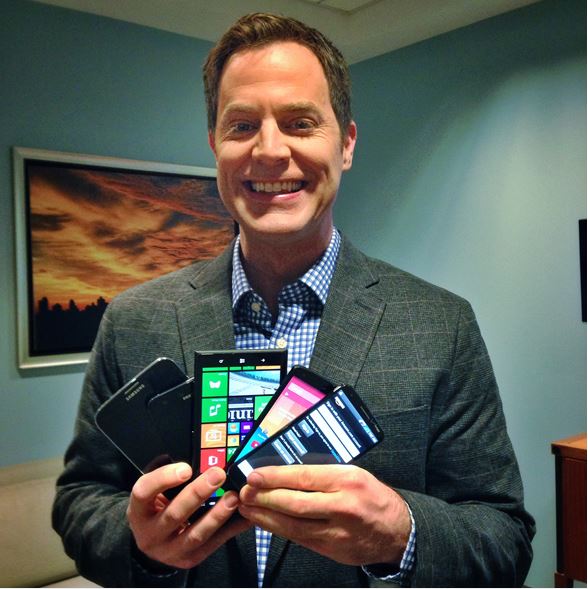 Team USA will be featured front and center during the 2014 Olympic Games opening ceremony in Sochi, Russia, on Feb. 7. And it will be looking good.

The uniforms were designed by fashion icon Ralph Lauren and manufactured in the USA, a source of criticism of past uniforms.

The sweater features bold stars and stripes, along with a couple of American flags and the famous Olympic rings. The pants are simple, with a small "2014" and "RL" logo on the lower leg. But be prepared to spend a pretty penny on the threads, as the total outfit will cost $2,218.

Propane costs around the United States have more than doubled. Experts say everything from increased demand because of the cold weather all the way to last years bumper corn crop are to blame.  CNN's George Howell went out to find people now forced to choose between heat and home.

A New York Times Magazine cover story about Hillary Clinton was getting reaction online even before the piece was released. But it was the cover itself that has created the buzz.

Clinton's face is set on a planet against a celestial background, surrounded by multiple circles of friends above the headline "Planet Hillary."

Amy Chozick, the New York Times political reporter who wrote the piece, discussed the provocative nature of the cover.

"I didn't pick the cover. But when they showed it to me, I definitely thought, 'Oh, this is going to receive a lot of reaction,' " Chozick said Friday on CNN's "New Day."

Most likely mindful of the reaction, the  magazine explained in anonline piece Thursday evening how the cover came about. "When we created the cover of this Sunday's magazine to accompany Amy Chozick's article – to be published online tomorrow – about Hillary Rodham Clinton's influence on the various people within her political universe, the immediate idea that came to mind was Clinton's face embedded on a planet," Arem Duplessis, the magazine's design director wrote.

The provocative cover quickly trended on social networks even before the Friday morning release of the piece online. According to Topsy, a social search and analytics company, as of 8:30 a.m. ET  Friday morning, "Planet Hillary" had more than 2,800 mentions on Twitter over the past day. And mentions of Hillary Clinton had topped 6,200 over the past 24 hours, the second-highest total for Clinton in the past month.

Some in the Clinton orbit say the cover is disrespectful.

"It's goofy. It's embarrassing for the magazine. Seventeen out of the last 20 years Hillary Clinton has been voted in the Gallup poll as the most admired women in the world and this is how they depict her?" said Democratic strategist and CNN contributor Paul Begala, a close adviser and friend to Bill and Hillary Clinton for over two decades.

"I'm a strong believer in the free press. They have a perfect right to do it. I just don't get it," Begala said in a separate interview with CNN's Chris Cuomo and Kate Bouldan on "New Day."

The story itself looks at the universe surrounding the Clintons and the challenges in organizing that universe for a potential 2016 president bid by Hillary Clinton.

"I found that the Clintons are unlike any other political family in terms of how they have collected people, literally since Bill Clinton's kindergarten class, they have been collecting friends, advisers, donors, people who feel a stake in now, her future, and want their voices heard. In 2008 we saw a lot of cooks in the kitchen because of this vast network," Chozick told CNN. "So I think the big question is how do you make all these people feel involved and feel heard without creating that same chaos that destroyed her the last time."