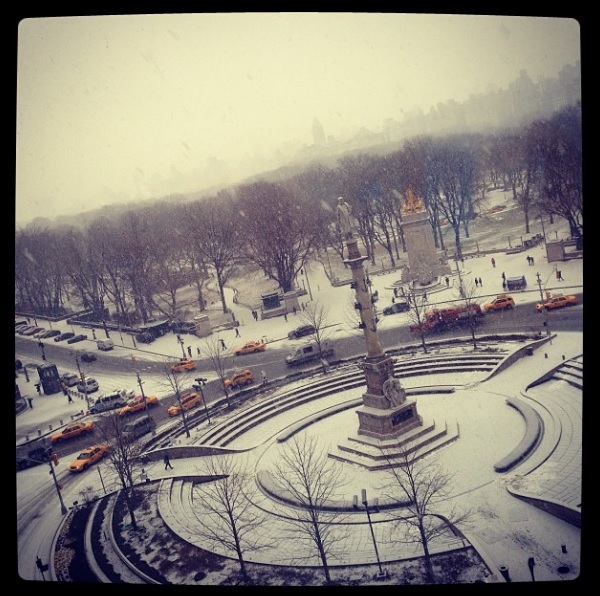 His Administration Under Fire, Christie Takes Oath for Second Term

New Jersey Gov. Chris Christie was sworn in to a second term on Tuesday as his administration battles allegations of scandal. In his inaugural address in Trenton, Christie praised how his state came together to meet the challenges of economic recession and Superstorm Sandy, as well as the landslide re-election victory voters gave him last November.

A scandal over alleged political retribution by his administration has already cost a top aide and campaign strategist their jobs, and now Christie faces multiple investigations that could harm the presidential ambitions of the early Republican front-runner for 2016.

Even the weather was against him, with a looming snowstorm forcing cancellation of his gala celebration on Ellis Island after Tuesday's second-term inaugural address.

Like a groggy traveler after a long, cold night, the European Space Agency's comet-chasing Rosetta spacecraft woke up, warmed up and called home Monday before setting off on the final leg of its journey.

Rosetta shook off 31 months of sleep, during which it traveled into the dark reaches of the solar system, and contacted its operators Monday evening. Cheers erupted in the ESA mission control center in Darmstadt, Germany, when a signal from Rosetta arrived shortly after 7 p.m. (1 p.m. ET).

"The spacecraft is there, it's awake, and I think we are all overwhelmed," mission manager Gerhard Schwehm told reporters. Now, he said, controllers will have "two busy years ahead of them" as it approaches its target, Comet 67P/Churyumov-Gerasimenko, and follows it around the sun.

There was only an hour window for the signal to reach Earth, putting scientists on pins and needles.

"The spacecraft decided to make us suffer after two and half year," Paolo Ferri, head of ESA Mission Operations told CNN. "We came almost to the end of the window, we were very tense," he said.

The unmanned probe was launched in 2004 and is now nearly 500 million miles (800 million kilometers) from the Sun - a distance that puts it just past the orbit of Jupiter. At that distance, the message it beamed back took 45 minutes to arrive.

Eastern Half of U.S. in Icebox, According to Weather Service

That's the sound of the temperature dropping early this week as a batch of cold air moves from the Tennessee Valley and lower Midwest over to the East Coast.

There will be 3 to 9 inches of new snow to go along with that from the Virginias to Massachusetts, the National Weather Service said. Much of it is expected to fall in the daylight hours Tuesday.

Add the areas that are frigid already, and the eastern half of the nation will shiver through temperatures 10 to 25 degrees below average.

The vast area is expected to stay in the icebox until the weekend. That can mean lows in the teens in Memphis, Tennessee, and in the single digits from Louisville, Kentucky, to Boston.