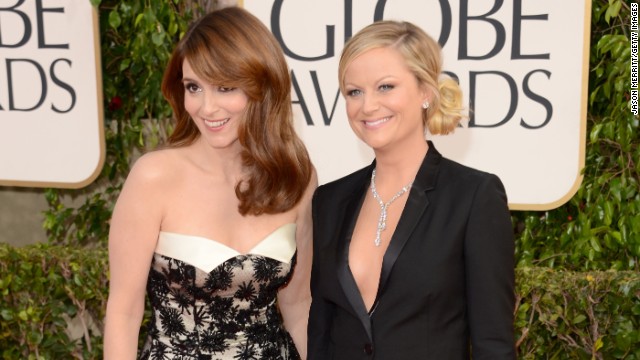 5 Things to Know for Your New Day - Monday, January 13

Dennis Rodman apologizes - again. The Golden Globes brought some surprises. And there may be more troubles ahead for Gov. Christie.

Welcome to the Monday edition of "5 Things to Know for Your New Day."

When it rains, it pours: There's new trouble potentially brewing for Chris Christie, and this has nothing to do with Bridgegate. Feds are investigating whether the New Jersey governor improperly used Superstorm Sandy funds to produce tourism ads featuring him and his family. This couldn’t come at a worse time for the man thought to be a front-runner in next year's presidential race. His top aides are accused of targeting a local mayor with a scheme to tie up traffic as punishment for not supporting Christie in his re-election. Christie says if there was a scheme, he didn't know about it.

Chris Frates and John King will join us to give updates on this story.

Apology tour: Forget "basketball diplomacy." This is beginning to look more like an apology tour. Last week, Dennis Rodman said he was sorry about his bizarre, drunken outburst on CNN about an American citizen held prisoner in North Korea. Today, the basketball bad boy says he's sorry about "certain situations" inside North Korea. Human rights violations? More than 200,000 in prison camps? Kim Jong Un executing his uncle? He didn't say exactly what those "situations" are. The contrition didn't last long, though. Soon, "The Worm" was back to his "woe is me" refrain.

"I'm not God, I'm not (an) ambassador, I'm no one. I just want to show the world the fact that we can actually get along in sport. That is it!"

Rodman wasn't the only one defending the controversial trip. His teammate Charles Smith said the group didn't get paid by the regime to play against the North Korean basketball team. Several other players are scheduled to set the record straight this morning on “New Day.”

Dear Dennis Rodman: Apologies are nice, but I’m not accepting yours until Kenneth Bae is home where he belongs. You feel me sir?

We live in a country where Dennis Rodman is tasked with the duty of bringing political prisoners back to the United States.

Another big story in sports is the A-Rod saga. An arbitrator upheld most of Alex Rodriguez's major doping suspension. The decision means the aging slugger will not play this season and may never again. The 162-game suspension is the most severe punishment in baseball history for doping. A-Rod says he didn't do it and will appeal.

Not a sarcastic question: absent a failed test or an admission, how was A-Rod found to be guilty of PED use? Don't say "by an arbitrator."

Two  former NBA players who went on the trip to North Korea will join us this morning: Eric “Sleepy” Floyd at 7, and Cliff Robinson at 8.  We'll also hear from A-Rod attorney Joe Tacopina in the 7 o'clock hour.

Water, water everywhere: ... But not a drop to drink. Today marks Day 5 of a tap water ban in a large area of West Virginia. About 300,000 residents in nine counties have been urged to not use tap water because it's contaminated with a chemical that leaked from a storage tank last week. More than 150 people were sickened, health officials said. But there's "light at the end of the tunnel," the governor says. This morning, officials will announce zones where residents can use the water again. By lifting the ban zone by zone, officials hope to keep the water system from being overwhelmed.

Alexandra Field will be live on this story.

Save the date:  January 20. That’s the day Iran says it'll start eliminating some of its uranium stockpile. The date marks the official start of the six-month deal Iran struck with the West in November. This is a big deal, folks. This is how Secretary of State John Kerry described it yesterday: “For the first time in almost a decade, Iran's nuclear program will not be able to advance, and parts of it will be rolled back.”

Tune in to our Around the World segment for this story and others.

Golden Globes, crystal ball: They say the Globes are a good predictor of Oscar success. If that's the case, the winners may be Tina Fey and Amy Poehler. Just kidding. "12 Years a Slave" won best drama and "American Hustle" best comedy. But the dynamic Fey-Poehler duo pulled off another flawless, flurry of funny at the Globes last night. Among their perfect zingers: a crack at George Clooney. The movie "Gravity," they said, was about how "George Clooney would rather float into space and die than spend another minute with a woman close to his own age."

Of course Tina Fey and Amy Poehler killed in in their monologue. Favourite joke is their George clooney one. http://t.co/d6Y8vWrCkR

But please can Tina and Amy host all of the awards shows forever? #GoldenGlobes

Among the "huh?" inducers of the night:
- The seating arrangements. If there had been cabs nearby, winners would have hailed them to reach the stage.

Next year, the Golden Globes should install a zip line so the winners in the back of the house can get to the stage faster.

Oops, my bad: Welcome to Branson, Missouri. Well, maybe not. A Southwest Airlines flight from Chicago's Midway Airport was scheduled to land at Branson Airport in southwest Missouri last night. Instead, it landed at an airport about seven miles away.

Not their best day. But here's a better day for the airline.
[youtube=http://www.youtube.com/watch?v=x_o_xn-q5Zk]

Worst elevator prank ever: It doesn’t get any worse than this as far as pranks go. Imagine stepping into an elevator and having this happen to you. …

Two dads? This confused girl meets her father’s twin brother for the first time. Her eyes tell the story.

Selfish kitty: This cat was obviously absent in class when the teacher taught about sharing.
[youtube=http://www.youtube.com/watch?v=k3lSdijjYbs]

Beagle bandit: This pooch figured out how to open an oven and grab food out of a hot stove. Kinda of scary.