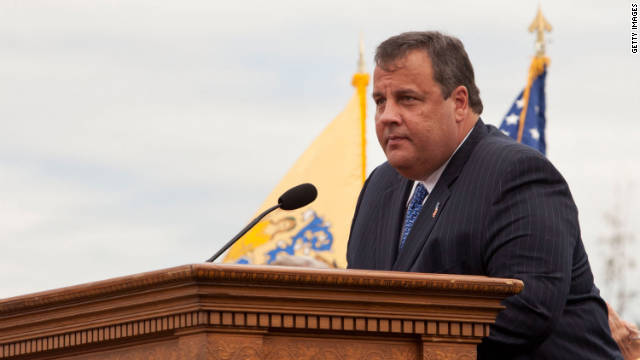 5 Things to Know for Your New Day - Thursday, January 9

Governor Christie is in hot water, the swearing toddler is taken by child services and Dennis Rodman blames it on the alcohol.

Bridge over troubled waters: Pundits are saying the next couple days will be crucial for New Jersey Gov. Chris Christie. How he handles the growing mess around him could affect the future for the man many consider a Republican presidential frontrunner. The problems for Christie center around a bridge. The George Washington Bridge. E-mails that surfaced yesterday suggest that top Christie people orchestrated traffic jams last year on that bridge as part of a political vendetta to punish a local mayor who wouldn't support Christie. The lane closures snarled traffic for days in September and hampered emergency services. In response to the e-mail firestorm, Christie said yesterday that he was misled by staff. He said he knew nothing about it. Critics say the e-mails show how Christie creates an environment of bullying. "There's something about this that's so petty and so vindictive and it feeds into this narrative that he's a bully. ... He's going to have to find some way to defuse this to prove he doesn't run a shop like that," said CNN Senior Political Analyst David Gergen, a former adviser to several U.S. presidents

Rumors of Chris Christie’s Demise Have Been Greatly Exaggerated http://t.co/5UaCaIDcpo

Joe Johns, Alexandra Field and the rest of the team will report on this story. Brian Stelter will analyze how the media is covering the story. New Jersey State Senator Ray Lesniak joins us at 7.

Drinking regrets: Late last night Dennis Rodman released a statement apologizing for the bombastic outburst he had this week on CNN’s “New Day.” In case you were under a rock this week and missed it, click this link. As you probably know the eccentric basketball player was visiting Pyongyang to celebrate the birthday of North Korean leader Kim Jong Un, a man he calls a buddy. The world has another name for him. In an exclusive interview Tuesday with Chris Cuomo of CNN's "New Day," Rodman suggested that Kenneth Bae deserved his 15-year sentence. That plus others outbursts during that interview brought major fallout. Rodman blamed his outbursts on stress and drinking and said he wanted to “first apologize to Kenneth Bae's family. I embarrassed a lot of people. I'm very sorry. At this point I should know better than to make political statements. I'm truly sorry." But Rodman did not apologize for leading a singalong yesterday of “Happy Birthday” to the leader of North Korea. Rodman calls Kim Jong Un his friend, and seemed to be bowing to him yesterday in footage released.

Dennis Rodman in my eyes ain't American no more

before you criticize Mr. Dennis Rodman I would like to see you get a rebound with three or four PRO ATHLETES contesting you for the net!

Jim Sciutto will be live on this story.

Protective custody: Many have seen the viral video of the Nebraska shirtless toddler repeating a stream of profanities. And many have asked what happened to that baby. Omaha authorities said yesterday that the baby has been taken into child protective custody. But this will not quell the controversy that rose from the video. In the video, the diapered child is bombarded with obscenities and racial slurs by the adults around him. The African-American toddler knocks down a chair and gives nearly as good as he gets. The video was placed online by family members of the child. But the debate really heated up with the Omaha Police Officers Association reposted the video. The police association said it was trying to spotlight the problem but critics disagreed.

A video of a toddler "thug" has gotten an Omaha police union in hot water for posting it on their Facebook page: http://t.co/8o3ISaRuZI

Tune in to the News Headlines segment for this story and other stories.

Mystery shootings: There may be a road rage killer on the loose, police are saying. A motorist shot and killed a man near the Maryland-Pennsylvania border over the weekend. Police believe that the shooter could strike again. Why? Investigators believe that the same motorist may have been behind another road-rage shooting eight hours earlier in the same area. Luckily, no one was hurt in that incident. The victim in the earlier shooting was a 28-year-old resident of Maine who was driving home Saturday. The motorist, police said, chased the victim and drove aggressively, before shooting the victim. A task force has been set up to find the suspect, authorities said.

ANOTHER STATE: Marijuana prohibition laws are slowly going up in smoke. Another state is jumping into this reefer madness. An Alaska citizens' group is pushing to legalize recreational marijuana. If it is successful it would make Alaska the third state to do so after Colorado and Washington. Driven by growing public support, Campaign to Regulate Marijuana submitted more than 45,000 signatures yesterday to Alaska election officials.

big reason Alaska is top target for marijuana legalization, by far youngest population in the country.

Short version: This video is less than a minute. We are showing you the best parts. This hilarity actual goes on for nine days.

11-year-old rocker: We know what you're thinking. You are not only amazed that this 11-year-old kid is rocking out like an adult. But you are equally amazed that one of the adult rockers in this video was so gracefully able to make the muscle shirt and tights outfit work so well together.
[youtube=http://www.youtube.com/watch?v=D79kxAaMf3I&feature=youtu.be]

Help! There's somebody trapped in this fountain.

First steps: This was too cute until the polar cub failed a breath test and was taken to the station
[youtube=http://www.youtube.com/watch?v=OkfEChXa2V0]

Speed kills: You have to see this one before you get on the road. This New Zealand PSA to encourage people to drive more slowly is especially poignant. Maybe it should be played in every country.
[youtube=https://www.youtube.com/watch?v=bvLaTupw-hk]

There you go. All you need to know to get an early start to your morning. Be sure to tune in to "New Day" from 6 to 9 a.m. ET. Join us at NewDayCNN.com, and go and have a GREAT NEW DAY!