Beard or No Beard?

We asked the "New Day" audience if they prefer the formerly clean-shaven Press Secretary Jay Carney with new stubble.

Over 77 percent of you voted in favor of the beard! 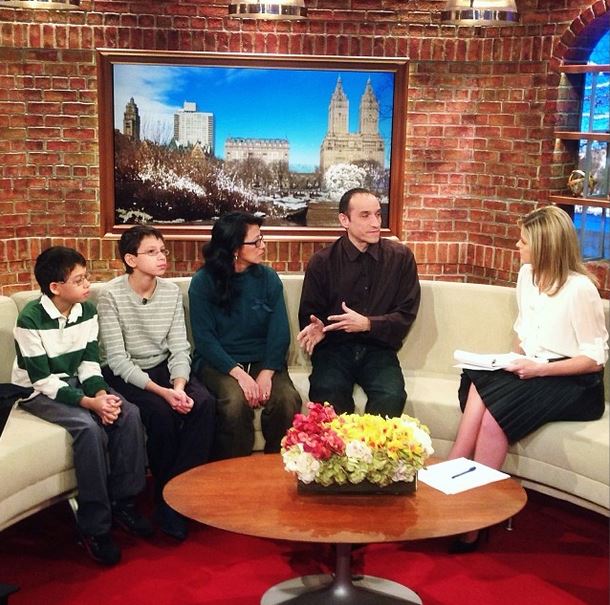 Picture of Man in Paper Leads to Family Reunion

An upstate New York man who disappeared on New Year's Day has been found alive and his mother is calling it a miracle.

An "Associated Press" photographer snapped a photo of Nicholas Simmons trying to stay warm on a heating grate in Washington.

His mother and friends in upstate New York recognized him in "USA Today" and found out exactly where the photo was snapped.

After staking out the location for hours on Sunday,  Simmons showed up and was reunited with his dad.

But the U.S. South was downright balmy compared to the Great Lakes region, where temperatures hovered in the negative 20s - before wind chill, which dropped temps to the negative 50s, making it very dangerous to go outside.

The arctic blast slamming much of the United States is not just another winter storm. It's the coldest in 20 years in many areas, and breaking some records.

More than 3,000 flights nationwide were canceled by 10 a.m. ET Monday, according to flightaware.com.

While the current weather patterns gave the Northeast a bit of a reprieve, it's in for a brutal drop as the arctic air works its way east. New York, where it's about 50 degrees with wind chill Monday morning, could go as low as minus 7 on Tuesday, said CNN meteorologist Indra Petersons. The region could face a 60-degree temperature change in a single day.

The temperature spread within the United States is a stunning 130 degrees, CNN meteorologist Dave Hennen said, with wind chill putting northern Minnesota at 60 below zero, while Key West, Florida, basks in its dreamy 70 degrees. Much of the West can also expect relatively pleasant weather through Tuesday.

But from Minneapolis to Chicago to Milwaukee, people are under health warnings to stay indoors.

Frostbite occurs in 10 minutes with wind chills of minus 35, Hennen added.

In a very rare move, Minneapolis issued a "Particularly Dangerous Situation" warning about the "historic and life-threatening cold." Such warnings are typically issued for tornadoes, said Petersons.

The National Weather Service adopted the Twitter hashtag "#Chiberia" for Chicago, where temperatures were at 14 below zero. (Parts of the vast Siberian region, such as Tobolsk, had Fahrenheit temps in the low teens Monday, though other parts had temperatures of 50 below zero.)

Over the past week, at least 13 people have died of weather-related causes. Eleven people died in road accidents; one man in Wisconsin died of hypothermia and an elderly woman with Alzheimer's disease who wandered away from her home in New York state was found dead in the snow in a wooded area about 100 yards away.

The immediate forecast offers little relief. But by Wednesday, temperatures will start edging closer to normal, forecasters said, and by Thursday temperatures in most of the country will be back to normal, or even above normal.

"It's bitterly 10 degrees here in Weatherford, Texas, with a wind chill of below zero," said Elizabeth Brew. "Very hard to watch my kids go to school in such weather, but it is what it is."