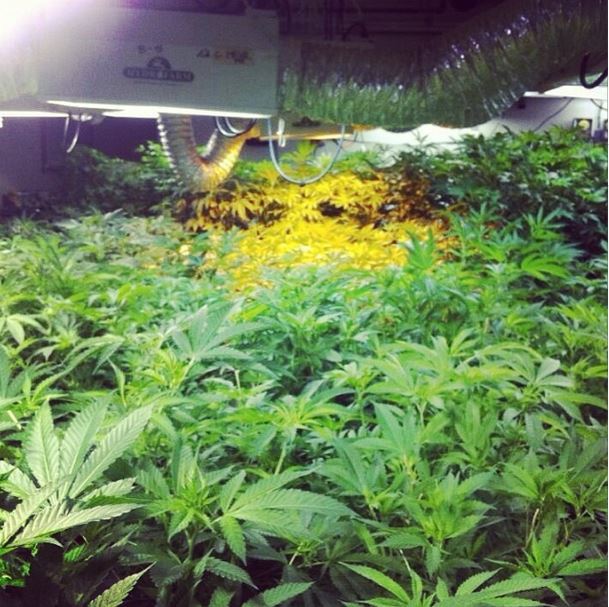 Woman Eats Only Starbucks Products for One Year

Beautiful Existence – that's her name –  is a person who enjoys challenges.

In 2013, this mom tasked herself with consuming only food and drinks from Starbucks and its related properties.

Existence explained on "New Day" Thursday: "I go in for a year and I set myself a challenge around a brand to live and Starbucks was an eating challenge for me."

This is the third challenge she's completed – but it was not cheap. All together, the Starbucks eater says she spent over $7,000.

Heavy rains in Hawaii opened up a sinkhole on the big island that swallowed a truck!

The driver is OK as she managed to climb out through the window.

The rains have set records in some places and triggered some landslides.

A south Georgia banker accused of embezzling millions by defrauding scores of investors was captured Tuesday after one and a half years on the run, authorities said.

The FBI indicated online that 47-year-old Aubrey "Lee" Price - whom it characterized as an investment adviser and former minister - had been captured.

That agency website didn't provide further details, including how Price was detained or what he has been doing since June 2012.

Yet a Glynn County, Georgia, sheriff's office website showed that he was booked Tuesday and is being "held for federal authorities on a charge of giving a false name, address or birth date to a law enforcement officer." Officer Kay Jones said that Price was being held for federal marshals.

His capture ends a law enforcement saga that started in the town of Ailey, a community of about 430 people, and stretched to include parts of Florida, Latin America and the vast waters that separate them.

In late 2010, Price was being celebrated by his peers and written up in newspaper articles after a company that he controlled bought a controlling portion of the troubled Montgomery Bank & Trust in Ailey, which is located some 170 miles southeast of Atlanta.

He was supposed to invest the bank's capital. Instead, prosecutors say, Price used a New York-based "clearing firm" - a dummy company set up to hide money - to cover up fraudulent wire transfers and investments.

A complaint filed in federal court on July 2, 2012, claimed that Price and others "raised approximately $40 million from approximately 115 investors," mostly in Georgia and Florida, beginning in 2009, then committed fraud at the expense of those investors.

"The complaint alleges that, instead of investing the money as promised, Price fraudulently wired the bank's funds to accounts that he personally controlled at other financial institutions and provided bank management with altered documents to make it appear as if he had invested the bank's money in (U.S.) Treasury securities," the U.S. attorney's office for eastern New York said then.

In sum, the complaint alleges that Price hid the embezzlement by falsely stating that about $17 million had been deposited in the bank's name at a New York financial services firm.

By the time these charges came out, Price had been missing for several weeks, having told friends he had lost "a large sum of money through his trading activities," according to the complaint.

In the letter he'd purportedly written to acquaintances and business associates that June, Price indicated that he planned to kill himself by "jumping off a ferry boat" off Florida's coast, the complaint stated.

He was spotted - alive - in Key West, Florida, in the middle of that month, and the U.S. Coast Guard's subsequent search for his body found nothing.

By then, authorities hinted they believed Price was on the lam. He owns properties in Venezuela and Guatemala, and the FBI's wanted poster for him indicated that he also has a 17-foot boat. The federal agency offered a reward of up to $20,000 for information leading to his arrest; it wasn't immediately clear if anyone will recoup that reward, nor was it known how Price was taken into custody.

A federal grand jury in New York indicted him on wire fraud and securities fraud charges earlier this year. A conviction on the wire fraud charge carries a maximum prison sentence of 30 years, with a 25-year maximum for the other charge.

The bank Price took over - which had been in operation for nearly 90 years - was closed in summer 2012 by the state of Georgia, with the U.S. Federal Deposit Insurance Corporation named as its receiver.

Price's family members have been quiet publicly since news of the charges came out. And it was not immediately clear if he has legal representation following his detention.