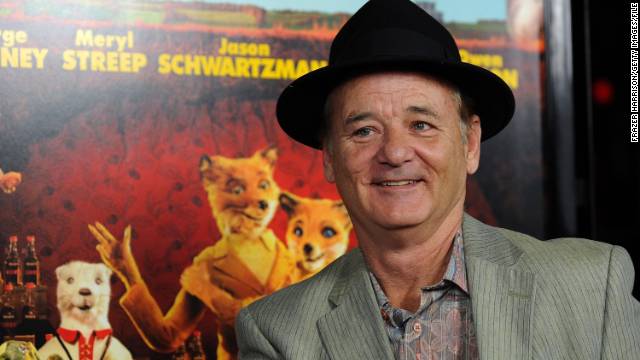 5 Things to Know for Your New Day – Friday, December 27

Four days without power: Baby it's cold outside - and inside, too - especially when you have no heat. Hundreds of thousands of people in the Northern United States and southeastern Canada haven't had power for at least four days because of ice bringing down tree limbs and power lines. At least 19 people have died in weather-related incidents since Saturday. Snow is expected in many of the same areas Friday.

@kfindlayz: The ice storm was fun and all but it's time to get the hecking out of here ✌️☀️

Chad Myers updates the weather throughout the morning.

Climbing the fences: Jumping a high-security fence at an airport isn't part of the usual holiday fun. But two men - at two separate airports in Newark, New Jersey, and Phoenix - reportedly did just that on Christmas Day. One showed "indications of possible drug and alcohol impairment," authorities said. The other was wearing women's clothing and was not interested in anything at the airport - instead he was seeking safety from someone who frightened him, police said. Both men were charged with trespassing and released.

Priest to be released: Monsignor William Lynn was the first Roman Catholic priest sent to jail for covering up the crimes of other priests. Now an appeals court says he can go free. He could be released as soon as Friday. Lynn was convicted of child endangerment last year for not removing a defrocked priest from active ministry after learning he had molested a teen. Lynn's attorneys convinced a Superior Court panel of three judges that the law only applied to people who directly supervised children. The Philadelphia district attorney says his office will likely appeal the ruling.

Monsignor William Lynn's attorney will appear on "New Day" during the 7 a.m. hour.

Transfer requested: The family of Jahi McMath wants to transfer the 13-year-old girl to another facility after a judge concluded this week she is brain-dead after suffering complications following a tonsillectomy. A family attorney says Jahi would need to have tracheostomy and gastrostomy tubes put in before she could be moved - something Children's Hospital & Research Center Oakland in California is refusing to do at this point. A hospital official says the judge's ruling instructs the facility to maintain the status quo and it doesn't believe "performing surgical procedures on the body of a deceased person" is appropriate.

Lord, you are the healer. If it is in your will to wake Jahi McMath, let no man stop it. Amen. #JahiMcMath

Pray for the family of #Jahi #McMath ... I can't imagine what her mother & family is going through

Stuck in the ice: A trapped expedition vessel could be freed soon as two ice-breaking ships neared it Friday. The Russian-flagged MV Akademik Shokalskiy got stuck in Antarctic sea ice four days ago during a storm. Chinese and French icebreakers are within a few miles, and an Australian ship is also en route. There are 74 aboard the Russian vessel, which is about 1,500 nautical miles south of Hobart, Tasmania.

This Antarctic expedition is chilling while it waits for rescue boats to free it from ice: http://t.co/2IqYA5weX9 #AkademikShokalskiy

Diana Magnay updates this story at 6 and 8.

- Delta fares: A glitch of some sort is responsible for sending online air fares for Delta Air Lines into the bargain basement. For a few hours Thursday, folks were snapping up cross-country flights for a song. One customer said she bought tickets between Tallahassee, Florida, and Los Angeles for $27 each way. Delta spokesman Trebor Banstetter said the airline would honor the incorrectly priced fares, which were offered on the airline's website and other travel sites where it lists tickets.

- It's a bird. It's ... not a plane: Of course, you can get cheaper fares, if you don't use an airplane at all. This guy flying in a wingsuit sails perilously close to the ground down Couloir de l'Ensa near the resort town of Chamonix in southeastern France. We just hope the wingsuit comes with a change of underwear.

- The flying TARDIS: "Dr. Who" fans are going to love this. A couple of guys in England have created a flying version of the show's TARDIS (Time and Relative Dimension in Space). It's kind of a combination time machine and spacecraft for those of you not familiar with the British science-fiction TV show. It's remote-controlled. Flying lessons are a must.

- $5 Bill Murray: We're pretty sure this qualifies as a federal crime, defacing U.S. currency to make it look like an "Saturday Night Live" alum, but it's still a lot of fun. Apparently Honest Abe and Bill Murray bear a striking resemblance to each other - at least if you use enough ink.

- One man, many stunts: Aung Zaw Oo seems to have a knack for this stunt and trick thing. He does them all the time - and we do mean ALL THE TIME. Here's his 2013 showreel.

Leave a Reply to larry