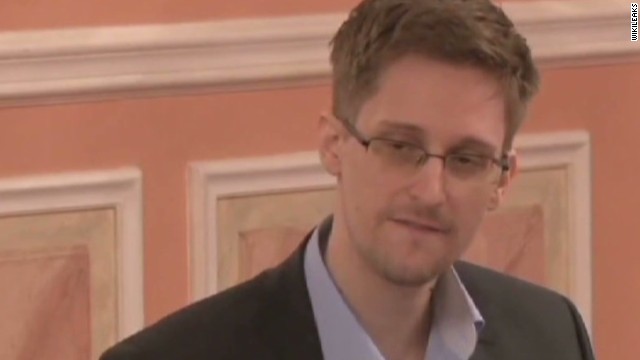 5 Things to Know for Your New Day – Tuesday, December 24

The President signs up for Obamacare, the Marines are ready for a South Sudan mission, and Edward Snowden says he lives like an indoor cat.

An extra 24 hours: Is it a delay or an extension? The White House is giving Americans an extra day to enroll under the Affordable Health Act if they want coverage for 2014. So, along with your Christmas Eve eggnog, you can park yourself in front of the computer tonight, pull up HealthCare.gov and sign up. The Obama administration said the change was made for those who tried to sign up yesterday, but ran into website delays because of record-high traffic. If only we'd know about these sorts of problems earlier. BTW: The President signed up for Obamacare over the weekend the White House says. It's symbolic, of course. His employer already provides his insurance.

Trying to sign up for Obamacare but nothing's going through. I hope they extend the deadline : /

Athena Jones is live throughout the morning as the Christmas Eve deadline approaches.

Evacuation ready: How ugly are things getting in South Sudan? Ugly enough that the U.S. military is staging about 150 Marines at Camp Lemonnier in Djibouti. From there, it's a quick hop into South Sudan if more Americans need to be evacuated or if the U.S. Embassy needs additional protection. Some 380 U.S. citizens have already been pulled out of the country. An estimated 100 Americans remain. Steady violence is stoking fears of an all-out civil war in Africa's newest nation.

Elise Labott joins "New Day" at 6 and 7 with the latest on the quickly developing situation in North Africa.

Fixing the space station: It's hard to get a repairman during the holidays. Fortunately, the astronauts on board the International Space Station are already on call. They'll step outside this morning to continue repairs on the station's cooling system. A faulty valve is the problem. The old one has already been removed and, if everything goes according to plan, the new one will be replaced today.

Alina Machado keeps us up to date as the astronauts step out this morning.

End of life decisions: Erick Munoz wants to take his wife off life support. He says they've talked about it before and she wouldn't want to be kept alive by artificial means. It's a challenging legal and ethical question, because 33-year-old Marlise Munoz is also 18 weeks pregnant. Texas state law says her husband can't pull the plug even though the health of the baby is unknown. Erick found his wife unconscious on November 26. He performed CPR on her and then called 911. She's been on a ventilator ever since. The baby has a normal heartbeat, but no one knows if there was brain damage from lack of oxygen.

In Oakland, a California family has until Monday to appoint an independent doctor to examine a 13-year-old girl who is on life support after being declared brain dead. In this case, it's the hospital that wants to remove medical intervention and the family that wants to keep it. Because the hospital considers Jahi McMath dead after her heart stopped two weeks ago, it sees no need to keep her on a ventilator. A temporary restraining order is in place while the family finds a physician and an evaluation can be made.

Miguel Marquez has news headlines throughout the morning.

The leaker speaks: National Security Agency leaker Edward Snowden says he's already accomplished what he set out to do in spilling the beans about U.S. surveillance practices. Snowden told the Washington Post: "I've already won," adding "I didn't want to change society. I wanted to give society a chance to determine if it should change itself." The interview is his first since being granted temporary asylum in Russia. Branded a traitor by some and a hero by others, Snowden's revelations have already prompted a review of NSA practices. The punch line? Snowden says there's still plenty of information to be revealed. He also says he lives like an indoor cat. Does that mean he uses a litter box?

Joe Johns joins "New Day" with the latest on the Snowden interview.

- Lasonia or lasagna?: "Comedy Is Not Pretty." Steve Martin learned that again this past week after sending out a tweet and then retracting it. Many folks deemed it racist or an least insensitive. The storm started Friday when he invited people to ask him grammar questions on Twitter. Someone wrote, "Is this how you spell lasonia?" to which Martin replied: "It depends. Are you in an African-American neighborhood or at an Italian restaurant." "I knew of the name Lasonia. I did not make it up, nor do I find it funny. So to me the answer was either Lasonia (with a capital), or Lasagna, depending on what you meant. That they sounded alike in this rare and particular context struck me as funny. That was the joke," he wrote on his website. Martin learned that wordplay doesn't always play nice.

- Puck in pants: Not only is it a cool play, but it's good alliteration too. During overtime in last night's National Hockey League game in Buffalo, a shot by the Sabres' Mark Pysyk is deflected high into the air. Unbeknownst to Phoenix goalie Mike Smith, the puck lands in the back of his pants. Smith, who still has no idea he has the puck, backs into the net to defend. Butt goal - Buffalo wins.

- The biggest lie of 2013: There were some whoppers told over the last year - some we don't even know about yet. Obamacare, Benghazi, Lance Armstrong ... you be the judge.

- Water-skiing Santa: Santa and his reindeer are a talented bunch, plus they're good time managers and multitaskers. While circling the globe this Christmas Eve, they'll also slip into National Harbor to give Washington a watery welcome on the Patomic. How can they be good at so many things? There's a water-skiing Santa, flying elves, kneeboarding reindeer, a jet-skiing Grinch and Frosty the Snowman in a dingy.

- Robot rock: Some performances are more electric than others - just ask Metallica's Lars Ulrich. Watch two Tesla coils and a robot drummer rock out to the main theme from "Pacific Rim." We're pretty sure you'll get a charge out of it.