Today's "New Day Midday" looks at a dad that surprises his daughter, a flash mob and a special needs student accepted to college. 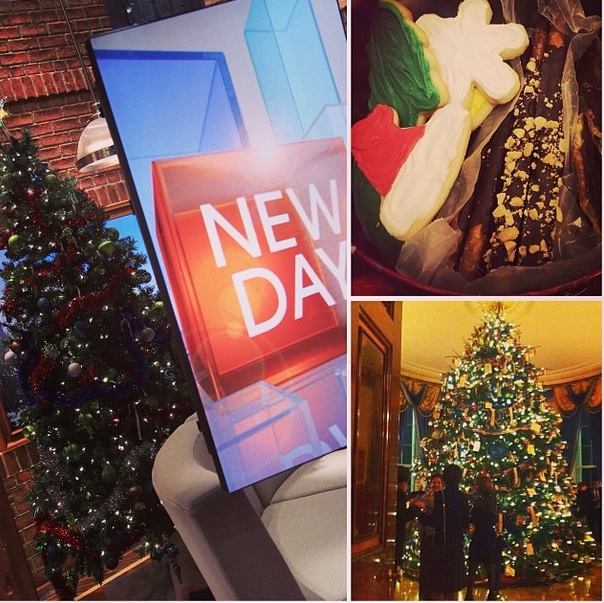 Rep. Jack Kingston defended his comments suggesting that low-income children who receive subsidized meals should clean the cafeteria in exchange for the free meals.

The Georgia Republican said he should have better clarified his comments and said they were not directed at a particular income group.

"This is not targeted to any one group. It would be very helpful for kids in any socio-economic group to do chores and learn the work ethic. Those kids aren't there because of any fault of their own and I never suggested that they were," he said Friday on CNN's "New Day."

Kingston, who is among a number of Republicans running for an open Senate seat next year, blamed the Democratic opposition, which he says followed him and recorded the video for fundraising purposes, and lamented the lack of "honest, open discussion" in American today.

In a video posted to YouTube of Kingston at a public meeting, the congressman said that kids could pay 5 or 10 cents "...to instill in them that there is, in fact, no such thing as a free lunch," and then goes on to suggest work in return for the meal.

He continued: "Or maybe sweep the floor of the cafeteria - and yes, I understand that that would be an administrative problem, and I understand that it would probably lose you money. But think what we would gain as a society in getting people - getting the myth out of their head that there is such a thing as a free lunch."

"This wasn't anything in a backroom. This wasn't a policy statement. This was a discussion, and it seems like you can't even have that in America anymore."

Who is stronger and meaner than Jean-Claude Van Damme? Chuck Norris!

The action star  is trying to one-up  'the muscles from brussels' with a split-stunt of his own.

A split between trucks?  That's kids stuff. This one is between planes.

It's all computer generated by a Hungarian production house, but still impressive.

See Norris in action above.