Today's "New Day Midday" looks at tightrope walkers in the French Alps, passengers taking down a robber and a five-organ transplant.

One Direction Under Fire for Plagiarism, Again

Heard One Direction’s song "Midnight Memories" from the boy band’s new album yet?

Well, it’s is under scrutiny now, accused of sounding a lot like the Def Leppard classic "Pour Some Sugar On Me."

“We don't know if it's plagiarism or coincidence,” CNN Entertainment Correspondent Nischelle Turner reports. “But there are a couple of things that we do know. First of all, One Direction didn't credit Def Leppard at all on their album.”

And this isn’t the first time the band has faced controversy over plagiarism. The One Direction track “Best Song Ever” was previously accused of ripping off the Who’s “Baba O'Riley.”

Pete Townsend dismissed those accusations though, saying that the band used the same three basic chords all pop songs use. 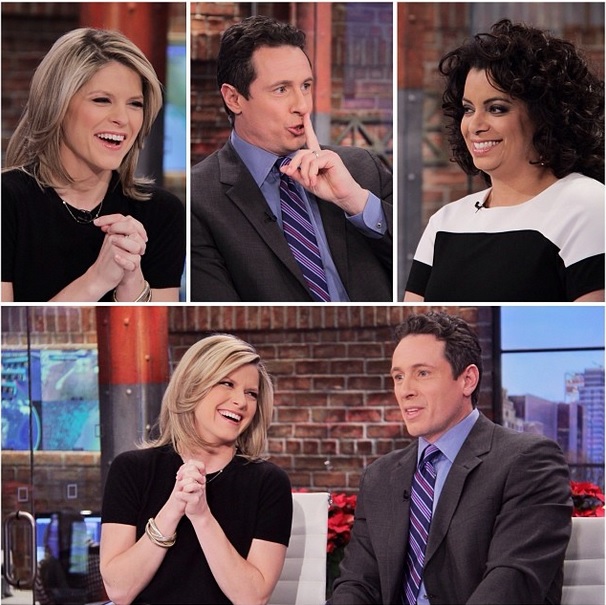 Indian Diplomat Arrested, Strip-Searched: Does She Have Immunity?

The arrest and strip-search of Indian diplomat Devyani Khobragade, accused of visa fraud, has sparked questions about the complex, murky system of diplomatic immunity.

Khobragade's lawyer, Daniel Arshack, says his client is entitled to diplomatic immunity and can't be prosecuted under U.S. law, CNN's Indian sister network IBN reported. But the State Department says Khobragade's consular immunity does not cover this kind of crime.

Now, Khobragade has been moved to India's Permanent Mission to the United Nations - where, Indian officials say, she may get full diplomatic immunity.

The rules involved are laid out by the State Department in a guidance document for law enforcement and judicial authorities.

"Most of these privileges and immunities are not absolute, and law enforcement officers retain their fundamental responsibility to protect and police the orderly conduct of persons in the United States," the document states.

Members of consular posts, such as Khobragade at the time of her arrest, do not have the same level of immunity as those who work at diplomatic missions.

Consular officers have some immunity involving official acts, but their "personal inviolability" is "quite limited," the document says. They may be arrested and detained for alleged felonies, and may be prosecuted for misdemeanors. Their families have no immunity of any kind.

Determining what distinguishes an official act from a personal one is often not cut-and-dry. "No law enforcement officer, State Department officer, diplomatic mission, or consulate is authorized to determine whether a given set of circumstances constitutes an official act.," the document states. "This is an issue which may only be resolved by the court with subject matter jurisdiction over the alleged crime."

A consular officer who is charged may argue that the allegations involve official acts. If the court agrees, the case must be dismissed.

Khobragade is accused of submitting false documents to obtain a work visa for her female housekeeper, paying her less than the amount stated. It's unclear whether she'll argue that the alleged act would be in the performance of her official duties, rather than personal.

Her attorney spoke to CNN's Chris Cuomo about the case and the issue of two contracts for the domestic worker.

Arshack said "There was one contract that defined how much this domestic worker was supposed to get paid. It defined the amount of pay and – the first contract said she'll get paid $9.75/hour. And that's what she got paid. The second contract was a contract that the domestic worker asked Dr. Khobragade to enter into, which could confirm that a portion of the money that she was going to get paid would get sent directly to husband in New Delhi."