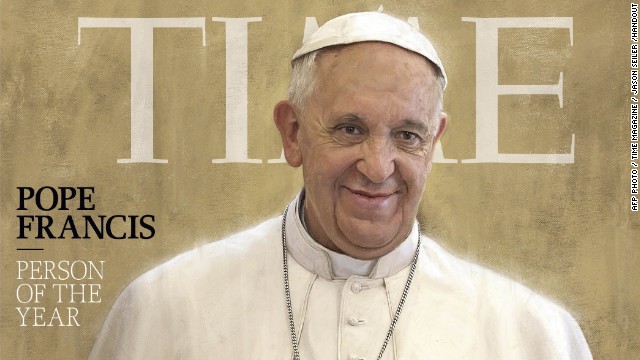 Time has named Pope Francis its person of the year.

"He took the name of a humble saint and then called for a church of healing," Time wrote in its announcement. "The septuagenarian superstar is poised to transform a place that measures change by the century."

"He's very different than Popes of the past for bringing attention to issues like inequality, talk about trickle down economics, you know, the Pope, technology. This is a person who wants to reach out to the people," said TIME Assistant Managing Editor Rana Foroohar on "New Day" Wednesday.

Watch the video to hear Foroohar talk about the other candidates and see the full story at CNN.com.