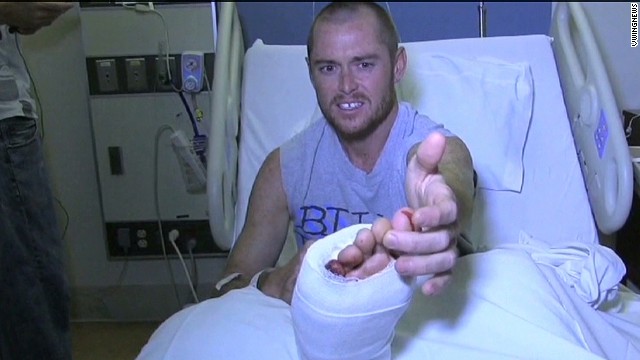 "New Day Midday" – Surfer: Shark Bit Me, so I Bit Back

Today's "New Day Midday" looks at a Florida surfer fight off a shark, Time's Person of the Year, and a kissing kindergartner. 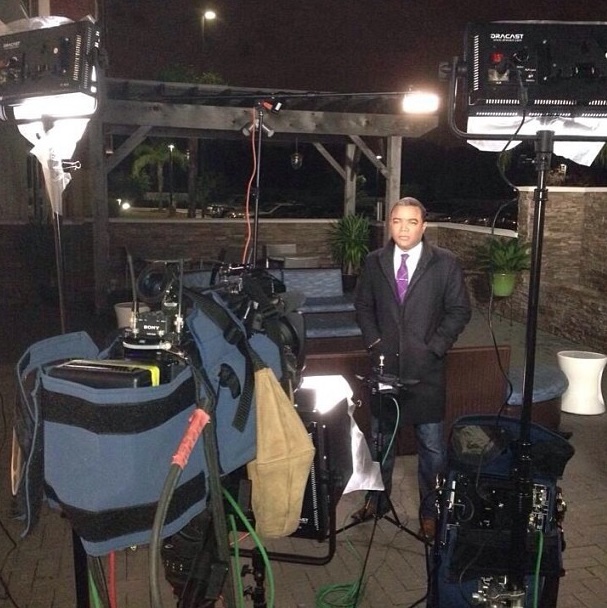 This is another one of those stories that seems absolutely hard to believe.

A 6-year-old boy near Colorado Springs, Colorado, was suspended from school for kissing a girl on the hand. You read that correctly.

"It was during class," first-grader Hunter Yelton said in an interview with CNN affiliate KRDO. "We were doing reading group, and I leaned over and kissed her on the hand. That's what happened."

Not only did Hunter's peck get him suspended from school, but the school accused him of sexual harassment, KRDO reported.

"This is taking it to an extreme that doesn't need to be met with a 6-year-old," Saunders told KRDO. Now my son's asking questions, 'What is sex, mommy?'"

She said Hunter had problems at school before, getting suspended for rough-housing and for kissing the same girl on the cheek. The family has been working with him on "class disruptions" by grounding him and giving him "big restrictions," Saunders said.

Robin Gooldy, the superintendent of Cañon City Schools, told KRDO that Hunter's record will remain within the district and that his behavior fits the school policy description of sexual harassment, which includes unwanted touching.

"Our main interest in this is having the behavior stop because the story is not just about the student that was disciplined, it is also about the student receiving the unwanted advances," Gooldy told HLN. "We have to think about both students in the situation."

Saunders said the girl in question was "fine with it" because Hunter and the girl consider themselves "boyfriend and girlfriend." She wants her son's record cleared of anything suggesting sexual harassment.

"Remove it from his record," she told KRDO. "I need to stand up and fight for him. I can't just let that happen because it's not the case. It's not what happened at all."

Hunter for his part said he feels "sorry" for doing something wrong and tries to be good in school.

They sure do, and as a parent of a 6-year-old and a 7-year-old, an innocent peck on the cheek or on the hand seems as natural for kids this age as declarations of who they plan to marry.

They don't know anything about sex or sexual harassment. So how on earth can they be accused of such behavior?

Reaction online to Hunter's story has been swift, with the majority of commenters expressing pure outrage.

"The school probably traumatized the kid for life with that stupid move," wrote Brenda Esselman on the Facebook page for "New Day."

"Poor child, he's (too) young to even know what sexual harassment is," Ortencia Solis also wrote on Facebook.

"Another example of how we are now overreacting to something as simple as a childhood crush," Benny Barboza wrote.

Eric Vetch, also on Facebook, said he kissed a girl when he was 6. His punishment? "I remember writing on the chalkboard 'I will not kiss girls at school,' and it was a private Christian school ... go figure."

On the other side, there are a small number of people voicing some support for the school's actions.

"The kid shouldn't go around kissing someone's child. Because if it was my daughter, the parents and I would be talking. Let's keep it real," Russell M. Walker wrote on Facebook.

We clearly need to hear more from the school and the school's district because this might turn out to be another case where the pressure to follow set school rules gets in the way of common sense.

We saw this recently with two other stories: the Long Island school heavily criticized for banning most ball playing and even requiring supervision of games of tag while the school yard was under construction, and in Boston, where a student who allegedly went to a party to drive a friend home who was drunk was suspended from playing on her school's volleyball team.

What do you think about this latest case of a school taking a controversial stand? Do you think a 6-year-old should be suspended and accused of sexual harassment for kissing a girl on the hand? Let us know in the comments below.

Should You Be Eating Frozen Veggies Instead?

It's been long believed that fresh fruits and vegetables are better for you than their frozen counterparts but a recent study has turned that thinking on its head.

Research from the University of Georgia shows that frozen produce may actually offer more nutrients.

Dietician Keri Glassman weighs in and agrees there can be more nutrients in frozen fruits and vegetables.

"Frozen food is picked at peak ripeness and flash frozen," she says. "They are living items, they age just like we age, so when you freeze them you’re retaining their nutritional value."

Glassman encourages people who are not always able to go pick up local, fresh food on a daily basis to incorporate frozen fruits and vegetables into their diets.