Today's "New Day Midday" looks at a military band flash mob, a riot at a soccer game in Brazil and a shoplifting dog. 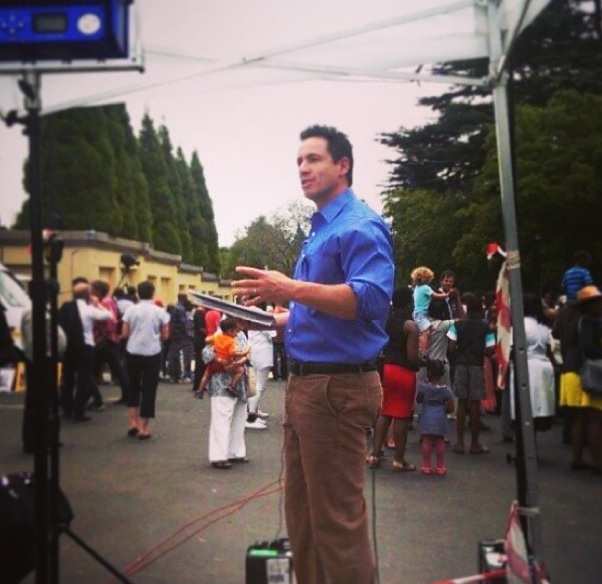 Pilot confusion may have played a key role in the deadly crash of an Asiana Airlines jet in San Francisco last July.

U.S. accident investigators are about to release a report highlighting an excessive reliance on cockpit computers by the pilots.

Man Exonerated After Decades in Prison

In 1989, Deacon was convicted for shooting 16-year-old Anthony Wynn to death at an apartment building during an alleged robbery.

Prosecutors insist to this day that a handyman witnessed the men arguing and saw Deacon with a gun. But they had no forensic evidence, no eyewitness to the actual shooting.

Derrick said, “I blame the prosecutor. Also in a way, I blame my witness, the first witness.  A female– a female girl.”

That witness is Colleen Campbell, who spoke to CNN only if we concealed her identity.

She faced off with the killer on a building landing. During the investigation, police asked her if the man she encountered was Deacon – known by his nickname- Fire.

Her description of the man she fought with – in a 1989 police report – didn't match Deacon at all. He was older and taller, with a full head of hair and a beard. The defense counted on her testimony.

Campbell even passed this lie detector test about her account, but she says prosecutors still pushed her to change her story and give vague testimony.

She says they even threatened to have her children taken away if she didn't cooperate. These are claims prosecutors deny.

Deacon was found guilty and sentenced to 25 years to life.

In 2001, an FBI informant  involved in a separate investigation said Fire had been arrested for a murder he didn't commit. He blamed someone named Pablo for Wynn's murder.

This new information eventually led to a retrial in 2009 where Colleen Campbell testified again. This time, she told jurors the man she saw definitively wasn't Deacon. That left only the handyman's testimony on its own.

Just last month, it took the  new jury less than ten minutes to acquit Deacon of the murder–  finally giving him his freedom.