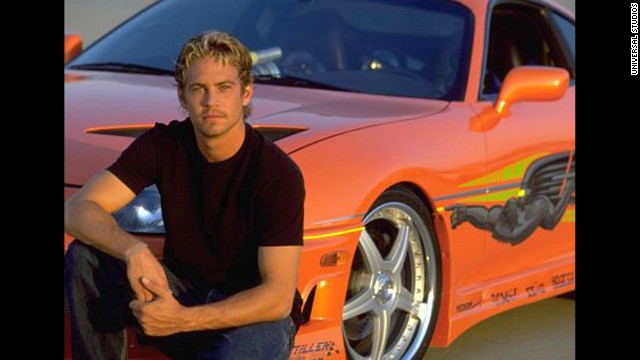 5 Things to Know for Your New Day – Tuesday, December 3

Speed may be a factor in two deadly crashes, Vice President Joe Biden tries to cool tensions in Asia, and Obama goes on the offensive.

Frightening speed: Why was a commuter train going almost three times the posted speed limit when it jumped the tracks in the Bronx over the weekend? That’s what federal safety officials are trying to figure out. The mayhem that ensued Sunday left four dead and 67 injured. Early data clocked the train at 82 mph as it barreled toward a 30-mph curve. A train operator tried to slam on the brakes, but that move may have come way too late, an investigator said. That rate of speed is even far faster than the 70-mph stretch that led into the curve. Despite the troubling speed reports, investigators have not ruled what caused the accident. The early report "sort of takes your breath away," said U.S. Sen. Chuck Schumer D-New York. "For a train to be going 82 mph around that curve is just a frightening thought.”

Condolences to the loved ones of those lost in the Bronx train accident and love and strength to those who survived it.

Rene Marsh will be live throughout the show with the latest. Mary Schiavo, former inspector general of the U.S. Department of Transportation, joins us at 7.

Tense times: Vice President Joe Biden’s trip to Japan and China this week comes at a tough point. China just claimed a new patch of airspace over the East China Sea, a move that Japan and the United States rejected. The power grab set off a war of words. And not only that; in the last two weeks, it has set off flights of military planes in the contested air zone by the United States, China, Japan and South Korea. Not good, say experts, who fear this could spiral into a midair incident. Biden is expected to push for all sides to talk out their differences. But he will also "make the broader point that there is an emerging pattern of behavior by China that is unsettling to China's own neighbors," a senior Obama administration official said.

Stay up-to-date on VP Biden's trip to Japan, China and the Republic of Korea here: http://t.co/ZCVrUiOIae

After talking to leaders in Japan and China, Biden will move on to South Korea and other complicated issues. South Korea’s neighbor to the north is holding two Americans hostage.

Barbara Starr will be live throughout the show to update us on this story.

Sick on a plane: You can think of several terrible things you could hear when you are on a plane, and this may be one of them. Passengers were aboard a flight about to take off when they heard this over the intercom: "We've been notified about a health emergency aboard the aircraft.” A flight attendant handed one man on the plane a medical mask. Minutes later, medics boarded the plane and the man was removed. A firefighter then came on the intercom and said the sick passenger had to be removed because he had active tuberculosis. The firefighter told all other passengers to consult their doctors. This happened last week. After the sick passenger was removed, the flight took off from Arizona to Los Angeles, airline officials said. Health officials say other passengers’ health risk was very low. The Centers for Disease Control and Prevention was notified and is awaiting test results to confirm the passenger’s illness.

"Unless someone is really coughing, they are not likely to be that contagious" @drsanjaygupta on #TB flight scare. #AC360

Passengers may have been exposed to TB #health #medicine #microbiology http://t.co/ehYlsyI4Dp

Casey Wian will be live at 6 and 8 to report on this.

On offense: It seems that the Obama administration is employing the old sports adage: The best defense is a good offense. Battered by two months of bad publicity over the Obamacare website, the White House is going on the offensive. After touting fixes to the website over the weekend, President Obama will start a three-week push to sell the health care plan again. The first event will be today. "While work continues on the website, we think it is important that proponents of health reform undertake a renewed effort to refocus the public on the benefits of the law that have already been implemented," a White House official said.

Why would anyone TRUST gov with your HEALTH that can't even get a website working correctly? #Malpractice #Obamacare

#GOP: We spent 3 yrs trying to kill #Obamacare but were mad you couldn't get it when site was broken & now that it's fixed we hate it again

How fast? The questions are coming in just as quickly as the tributes for Paul Walker. The popular "Fast & Furious" actor died this weekend when the high-powered Porsche he was traveling in smashed into a pole in the L.A. area. But just how fast was the car going? And was this a drag racing incident? Police say they found no evidence of drag racing. But speed was a factor, L.A. authorities say. The 2005 Porsche Carrera GT, driven by Walker's friend Saturday, is a hard car to control. It has three times the horsepower of the average car. There are tire skids in the area of the crash, police say, that show someone was doing doughnut spins. It is not clear if it was the car Walker was in.

Fast and furious never be the same :') R.I.P paul walker O:) you're always in our heart <3 pic.twitter.com/JOBGd0MCvd

Is Paul Walker really dead bc im watching all the Fast and Furious franchises and he's totally well, i can't cry for 12 hours tho

Nischelle Turner will give us the latest at 7. Jeff Burk, a drag racing journalist, will give us perspective at 7.

- Unexpected pillow fight: This is like a bizarre dream. A guy walks down the street holding two pillows. He throws one to a complete stranger, starting a spontaneous pillow fight. ... Funny.

- Vain eagle: And if you are an eagle that just stole a camera, what are you going to do next? Take a selfie, of course.

- War Eagle: For the uninitiated, that’s the battle cry, or motto, of Auburn University. There’s a little football game they play, yearly, against in-state rival Alabama. Auburn won Saturday, in the most heartbreaking, last-second, make-ya-dog-cry way, for Alabama. Watch these reactions.

- Fans know how to rumble: Speaking of reactions, a professor at the University of Washington says Seattle Seahawks fans got so excited last night while beating the New Orleans Saints that they caused a minor earthquake. Last night, rowdy Seahawk fans caused a 1- to 2-magnitude quake during a touchdown run. But this is not the first time. Two years ago, Seahawks fans did the same thing during a legendary touchdown run. The victim in that game? The Saints again. Sorry, New Orleans