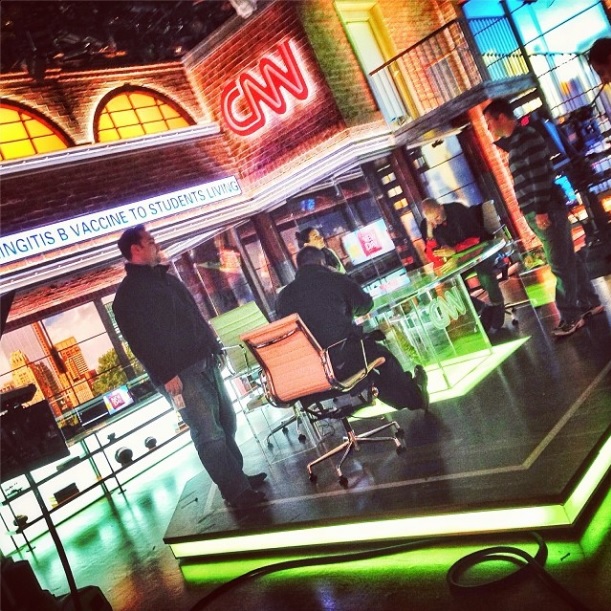 A new CNN/ORC poll out this morning gives some revealing insight into the way people feel about football– particularly safety and the culture of the game.

Issues surrounding brain damage, and other potential long-term cognitive and emotional consequences of repetitive brain trauma, are now practically synonymous with the NFL.

Perhaps because of that attention, 36% of poll respondents said they view the NFL less favorably based on its handling of the concussion controversy.

Sixty percent say it has no effect on their views.

"When it comes to middle school and high school, there appears to be more concern," Dr. Gupta says. "These are kids versus NFL, these are adults. They have made some decisions about this particular career. So that's why you see the difference there."

On the topic of NFL injuries overall: About half of the public believes that something should be done about them, while the other half views them as part of the game.

The same number say they view the NFL less favorably when players inflict intentional injuries on opposing players; 50% view that style of play as part of the game.

"I think people just want their football and no matter what happens outside of the game, they realize it is a violent sport. These guys were trained to hit each other on the field," Scholes says in response to the poll numbers.

"And no matter what happens on  the field or even bullying locker room, they won't stop watching the game of football… 19 out of the 20 of the most watched programs on TV this year have all been NFL games.”

Pope Francis on Tuesday called for major changes in the Roman Catholic Church - from the top down - saying he knows it will be a messy business but he expects his flock to dive in feet-first.

"I prefer a Church which is bruised, hurting and dirty because it has been out on the streets, rather than a Church which is unhealthy from being confined and from clinging to its own security," the Pope said Tuesday in a major new address.

"I do not want a Church concerned with being at the center and then ends by being caught up in a web of obsessions and procedures."

The Pope's address, called an "apostolic exhortation," is basically a pep talk from the throne of St. Peter. Officially known in Latin as "Evangelii Gaudium," (The Joy of the Gospel) the 85-page document is the first official papal document written entirely by Francis.

Sister Simone Campbell, Executive Director of "Network" weighs in on the document's mention of the role of the Church and involvement from women.

“I really appreciate that Pope Francis is saying the Church, too, needs to be converted and that we all need to change. And part of that change is giving women a place of authority, of responsibility, of inclusion in the decisions that are made.”

“He says, the vast majority of the church are laypeople and we who are clerics are here to serve and so if we get into the mind set of power or authority or nice positions, he said, then the church turns into a museum. The joy of the Gospel is not to be kept from anyone he says.”

Former FBI Agent Robert Levinson is one of three Americans thought to be held hostage in Iran.

He was taken in 2007– making him the longest-held American hostage in history.

The Levinson family is still fighting for any information regarding his condition and for his safe return home.

His wife Christine Levinson and his son Dan Levinson share their fight on “New Day”.

“He went on a business trip to Kish island, which is part of Iran, and it was supposed to be  a 24-hour trip, and he never left there. Unfortunately that was March 9th, 2007, and we have never heard anything about his whereabouts since then,” Christine Levinson says.

“We have not received any recent information about him, although I do believe he is safe and will come home to us soon.”

In April of 2011, the Levinson family received 5 photos of him in an orange jumpsuit and holding messages the family says have yet to be understood.

“It's concerning to us because we haven't heard anything since the last photos,” Dan Levinson says.

The family says the U.S. State Department is working hard to get Levinson home, but needs cooperation from the Iranians.

“We need the officials in Iran to help us and make sure that Bob is safe and get him home to us,” Christine Levinson says.

“U.S. officials have been saying in recent days that he's brought up in every opportunity to have on the sidelines of these negotiations, and they're going to continue to press his case and we have no doubt that the U.S. government is doing everything they can.”

She makes a plea for her husband.

“Since he disappeared, there have been numerous graduations, two daughters have gotten married, we have a new grandson who was born just a  month ago. Another grandson will be born in February. We have a granddaughter who is going to be 5 years old in December, and bob knows nothing about any of these children. It's extremely difficult for our family, because this is something that can be resolved," Christine Levinson says.

"The people who have bob need to send him home to his family. Six and a half years is far too long."