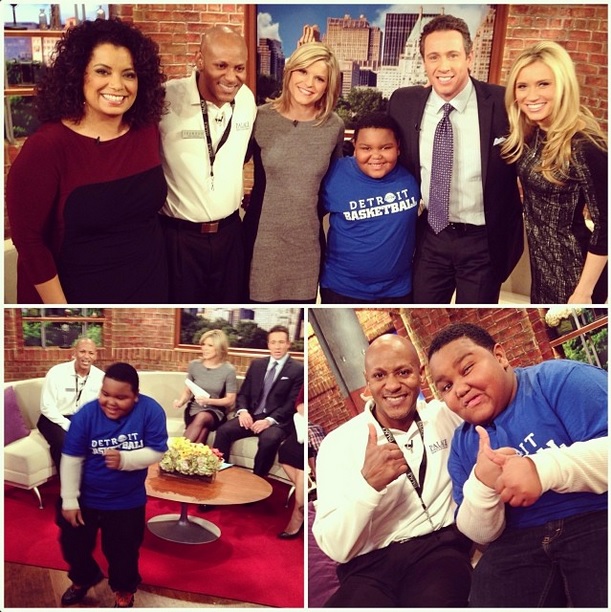 Olympic skier Bode Miller is fighting to retain custody of his 9 month old child. He won temporary custody of the baby when a judge ruled that the mother relocating while she was pregnant was an irresponsible act. The unusual custody battle raises questions about the rights of mothers.

Conceived in California and born in New York City, this baby boy, now 9 months old, is at the heart of a high profile, bi-coastal custody battle.

McKenna became pregnant and decided to keep the baby, despite the fact her relationship with Miller was turning sour.

At 7 months pregnant, the former marine and firefighter moved to New York City to study at Columbia University.

At that point, Miller filed for custody, concerned that McKenna was fleeing California for a more sympathetic venue to gain custody herself. He requested she return to California.

In May, a New York judge granted custody to Miller.

The ruling raised questions about the rights of mothers to be.

The deal between Iran and the six negotiating nations - the United Kingdom, the United States, France, China, Russia and Germany - has been met with staunch opposition, even from members of President Obama's own party, CNN's Jim Sciutto reports.

"This disproportionality of this agreement makes it more likely that Democrats and Republicans will join together and pass additional sanctions when we return in December. I intend to discuss that possibility with my colleagues," the senator from New York said.

And on State of the Union,Rep. Eliot Engel, D-New York, said the deal makes it "very difficult" to continue sanctions that are considered effective at hobbling Iran's nuclear capabilities.

Congress could choose to try to circumvent the deal and impose new sanctions on Iran, starting another battle between the President and the Congress.

Also at stake is the United States' relationship with its allies in the Middle East.

On Sunday, Israel and Saudi Arabia slammed the deal, with Israeli Prime Minister Benjamin Netanyahu calling it a "historic mistake."

President Obama’s Deputy National Security Advisor Tony Blinken explains that the Iran nuclear deal is the first step in stopping the advancement of its program. Blinken stresses that pressure on Iran “is not going away” and addresses why he thinks Israel and other nations may have a problem with the deal. (SEE VIDEO BELOW)

“In terms of Israel, we understand Israel has the right to be skeptical. An Iranian bomb would present an existential threat to Israel. And we have the exactly the same goal, which is to prevent Iran from getting a bomb. There may be tactical differences in how we get there. I think Israel would’ve preferred not to do this first step. If we could’ve negotiated a comprehensive deal right away in a matter of days, we would’ve done that. But because its complicated, because it takes time, we wanted to make sure that Iran couldn’t use that time to advance its program. This stops the program in its tracks. Rolls it back, gives us time to see if we can negotiate a comprehensive deal,” Blinken says.

“… Some of our Arab friends, for example, are concerned that if we get a deal with Iran on its nuclear program, a comprehensive deal, then we’ll be satisfied and we’ll forget about all of the other things Iran does that they don’t like and that we don’t like,” he says. “And the fact is we won’t. We’ll continue to confront what Iran is doing around the world that is a problem for us and a problem for some of our partners. But that’s their concern; we’ve reassured them that’s not the case.”

Senator Lindsey Graham (R-SC), Armed Services Committee member, says that he is “very worried” about the nuclear deal with Iran because it’s “so far away from the end game.” (SEE VIDEO BELOW)

Senator Graham says that Iran could still go nuclear with this deal in place, and Congress is going to “weigh in more aggressively” by passing more sanctions in the next couple of weeks to force Iran to stop enrichment and dismantle reactors.

“[Congress] is going to come up with a new round of sanctions that really defines the end game. I think there’s bipartisan support to dismantle the plutonium reactor and to stop enriching in Iran completely,” he says.