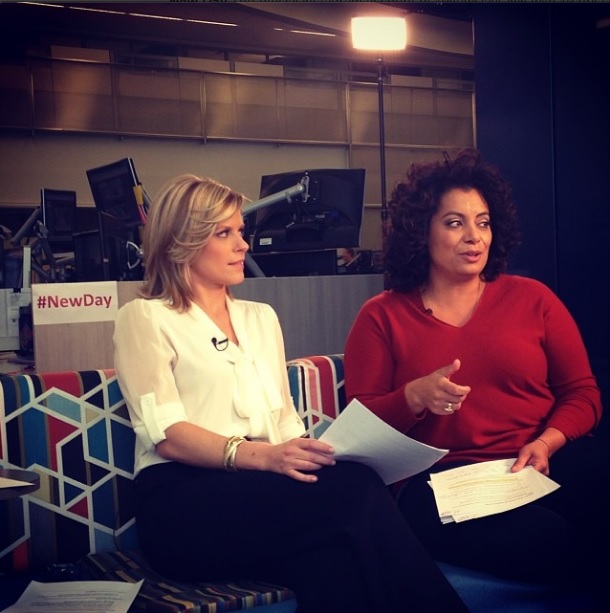 The video is breathtaking. The car flies through the air, tumbles, and tears apart, littering the desert with debris.

The crash looks like it could be from a movie set, but it's not. Brian Gillespie was the driver of that car, and while it's hard to imagine that anyone could survive that crash, he not only survived, he spoke to New Day this morning. WATCH VIDEO ABOVE

Michael Skakel, a Kennedy relative convicted of the 1975 murder of a 15-year-old neighbor, walked out of a Connecticut courthouse Thursday on bail, CNN's Deborah Feyerick reports

A Connecticut judge set bail at $1.2 million for Skakel, whose murder conviction in the death of Martha Moxley was vacated last month after a judge decided he did not receive adequate representation in his 2002 trial.

After bail was posted, Skakel sauntered out of the courthouse, flanked by his attorneys, a slight grin on his face. He did not speak.

"The first was of course the murder of Martha Moxley," he said. "A great tragedy for the Moxley family and for everyone else associated with the matter. The second tragedy occurred in a courthouse ... in 2002 when Michael was convicted of the murder of Martha Moxley. A murder he did not commit. And hopefully we are at the first step of righting that wrong and making sure that an innocent man now goes free."

Stamford Superior Court Judge Gary White set several conditions for the bail, including barring Skakel from leaving Connecticut without court approval, ordering him to wear a GPS tracking device, to refrain from contacting the victim's family, and requiring that he report to a bail commissioner.

Vito Colucci, a private investigator who worked on Michael Skakel's case and met with Skakel and his family when he left jail yesterday, speaks out. (SEE VIDEO BELOW)

In today's edition of the good stuff, the story of Toronto Mayor Rob Ford–which isn’t good because we seem to be watching an addict implode, takes a good turn for some of those watching.

Behind all the punch lines about Ford, behind the seemingly-goofy overweight man and his antics, is a person with a problem. The concern is that mocking the problem might make people not seek treatment who need it.

Chris Cuomo discussed addiction with William Moyers of the Hazelden Clinic on "New Day."  He addressed his own addictions some twenty years ago.  And Moyers reports that, since his appearance on the show, a dozen people or their families reached out for help.  And so far, three are already in treatment.