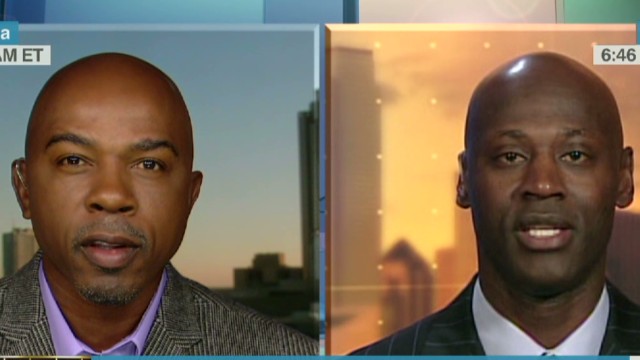 Saying the N-Word and Other Confrontations in Sports Culture

The Miami Dolphins hazing scandal made "locker-room culture," a pop-culture buzzword.  What's acceptable there?  What's not?  What about the N-word?

CNN Sports Analyst,  Greg Anthony  says the word is used often in the locker-room, and not always necessarily in a racist context.  He and Major League Baseball pitcher LaTroy Hawkins, who says the word should never be tolerated, spoke about the issue on "New Day" Wednesday.

Anchor Chris Cuomo  also brought up the issue of bullying versus hazing along with this language and Hawkins said: "When you're a rookie, you're going to go through some hazing. I've done it for twenty years. I was hazed. Never once was my manhood, anything like that disrespected from that word. And I think when you start taking it to that level, you change the game of hazing. You don't change it to bullying but you change it to a personal attack."