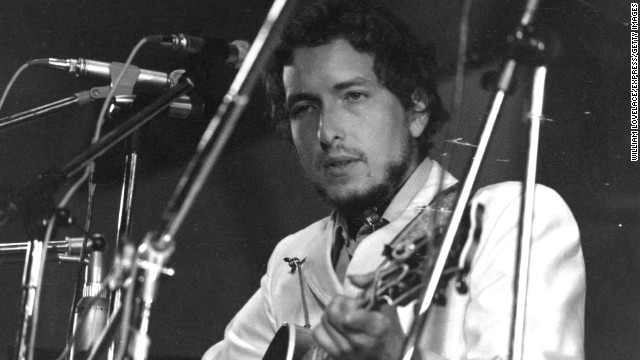 5 Things to Know for Your New Day – Wednesday, November 20

Two are still missing in an air ambulance accident in South Florida; George Zimmerman can't have guns while out on bail, and a river garbageman collects CNN’s Hero of the Year award.

Scouring the waters: An air ambulance has gone down off the coast of South Florida after dropping off a patient flown in from Mexico. Four people were on board - two pilots, a doctor and a nurse. The bodies of a man and a woman have been recovered, but their identities haven't been released. The cause of the crash is not clear. The pilot issued a distress shortly after takeoff, followed by: "Mayday, mayday, mayday."

John Zarrella reports live from Fort Lauderdale throughout the show.

Son stabs father: A top Virginia politician lies in a hospital bed with multiple stab wounds after what state police say was an attempted murder and suicide. State Sen. Creigh Deeds is in fair condition. Police found his 24-year-old son, Austin "Gus" Deeds, dead from a gunshot wound. His family had sought psychiatric treatment for him  before his death, the Richmond Times-Dispatch reports, but he was released because no psychiatric bed could be located in western Virginia. The incident took place at Deeds' home in Millboro, about 150 miles west of Richmond.

@CreighDeeds Sorry for your loss and I hope you will have a good recovery from your injuries.

Chris Lawrence brings us the latest at 6 and 8.

Farewell to arms: A Florida judge has ordered George Zimmerman to give up guns while he awaits trial on charges he pointed a shotgun at his girlfriend. The condition was part of a $9,000 bail agreement. Zimmerman faces a felony charge of aggravated assault and misdemeanor counts of domestic violence battery and criminal mischief. His brief jail stint turned out to be perfect timing for his estranged wife, who's been trying to serve him with divorce papers since September. Her people knew exactly where to find him. It was just four months ago that Zimmerman was acquitted of murdering teenager Trayvon Martin.

A woman is pregnant with George Zimmerman's child. This proves there isn't time travel. Somebody would've sent a T-1000 back to stop that.

Alina Machado is live at 7 on the Zimmerman case. CNN human behavior expert and psychologist Wendy Walsh stops by too.

Five-to-four vote: A divided U.S. Supreme Court refused to stop Texas from implementing a part of a new abortion law. Doctors must now have admitting privileges at a hospital within 30 miles of the clinic where they provide abortion services. The law is considered among the most restrictive in the country. Abortion-rights groups say more than a third of centers that had provided abortions in Texas have now stopped. Opponents believe the state's new abortion law violates the constitutional rights of women and puts unreasonable demands on doctors who perform abortions.

@macpherson_a When you say "access to safe abortion," what you mean is "a women who wants help killing her own child." Good stuff Andrea.

In New Mexico, Albuquerque voters rejected a ban on late-term abortions. It's believed to be the first attempt on a city level to impose such restrictions. If the proposal had passed, it would have banned abortion after 20 weeks - with a few exceptions.

Women deserve access to the care they need—no matter where they live, no matter what. #RespectABQWomen pic.twitter.com/mcjHBLAvNg

River garbageman: Chad Pregracke is the 2013 CNN Hero of the Year. His nonprofit group Living Lands & Waters cleans up waterways across the country. About 70,000 volunteers have joined him, helping Pregracke collect more than 7 million pounds of trash in the past 15 years. It's hard to wash away good works like that.

BONUS BIGGIE: Buckle up for a 24-hour tour of Earth's busiest airport as CNN.com rolls out its behind-the-scenes look at Hartsfield Jackson International Airport.

- iDiots: You mean robots can be self-absorbed too? This short film shows our mechanical friends falling prey to all of our smartphone foibles. The creators say don't take it too seriously. After all, this isn't WALL-E.

Songstress Kelly Clarkson is going to have a baby. She let us in on the news via Twitter.

I'm pregnant!!! Brandon and I are so excited! Best early Christmas present ever 🙂

There's a new revelation in Brittany Murphy's death, nearly 4 years later. In 2009, the L.A. County coroner ruled pneumonia killed the "Clueless" actress. But a toxicology test ordered by her dad suggests she may have been poisoned. Another expert calls the notion "ridiculous."

- Mommy-daughter art: Artist Mica Angela Hendricks did not want her 4-year-old daughter anywhere near her new sketchbook. Then her daughter said: "If you can't share, we'll have to take it away." Yep, the darling daughter threw some oft-used "mommy words" back in her face. But from those words sprang a beautiful collaboration. Mom draws the heads. The young pup draws the bodies.

- Girl power: Check out GoldieBlox - a toy company with a mission. It's out to show the world that girls deserve more choices than dolls and princesses. "We believe that femininity is strong and girls will build the future — literally." If this video is any indication, it looks like the future is in good hands.

- You can call me Zim-mazing: Bob Dylan's 1965 classic tune "Like a Rolling Stone" goes high-tech and interactive. The new video is set up like a 16-channel TV. And all are synced to the song. No matter which station you select - BBC news, a shopping channel, a children's show, a TV drama or even a Bob Dylan concert - all are a part of the sing-along. You can see the video here: video.bobdylan.com

Leave a Reply to Kevin