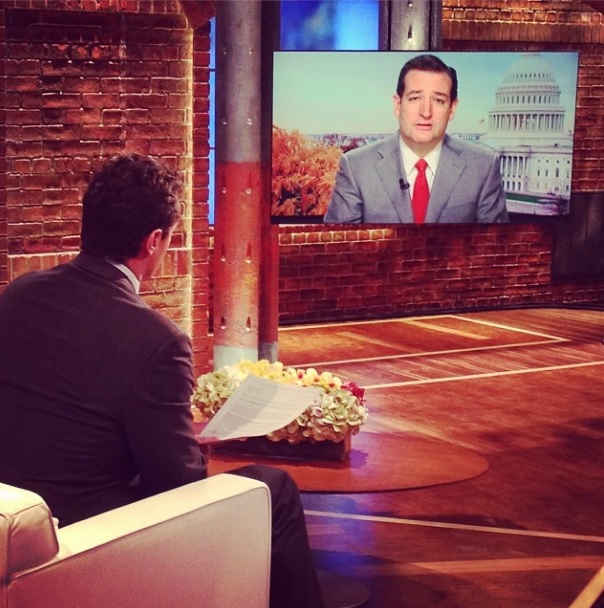 President Clinton is receiving the award for his public service in the White House and for founding, "the Clinton Foundation to improve global health, strengthen economies, promote health and wellness, and protect the environment," according to the White House.

This will be their first face-to-face since Clinton criticized Obama on his "keep your plan" pledge for health care, CNN's Jim Acosta reports. All eyes will be on the body language between the two.

Politico Editor-in-Chief John Harris says, "They’ve got a very complex relationship. And at bottom it is one—still for all the ups and downs and rockiness, it's one of mutual need." (SEE VIDEO BELOW)

Harris says President Obama has come to value his relationship with the Clintons.

“And he's come to appreciate Bill Clinton for all his exasperating qualities and the fact that he doesn't want to be friends with him; he only wants to hang around with him in small doses. I think he does recognize that they are in a fraternity as two democratic presidents elected who, no matter the ups and downs, they need each other. Their arms are locked.”

A Florida judge on Tuesday set bail for George Zimmerman at $9,000 and ordered a number of conditions for his freedom - including that he not possess weapons - while he awaits trial on charges he pointed a shotgun at his girlfriend, CNN's Alina Machado reports.

He was released from the John E. Polk Correctional Facility on Tuesday afternoon. He didn't speak with the media. It was unclear where he was headed.

Zimmerman was arrested Monday at his girlfriend's Apopka home, four months after he was acquitted of murdering teenager Trayvon Martin.

Earlier, Zimmerman said little as a judge, during Zimmerman's first appearance Tuesday afternoon in Seminole County court, said he found probable cause for Zimmerman's arrest on a felony charge of aggravated assault and misdemeanor counts of domestic violence battery and criminal mischief. Zimmerman's arraignment has been scheduled for January 7.

A prosecutor revealed a new allegation against Zimmerman while trying to argue for a higher bail - that Zimmerman tried to choke his girlfriend a week and a half before Monday's alleged shotgun incident, and that Zimmerman had talked about suicide.

Psychotherapist Robi Ludwig weighs in with her analysis on Zimmerman's behavior and why he can't seem to get out of trouble. (SEE VIDEO BELOW)

"My sense, always, about George is that he sees life through a very paranoid lens. So he sees people as out to get him,” Ludwig says.

“I think he's somebody who is into power and control. He needs to be in control of his inner personal relationships. And as we know, you can’t script relationships. What happens with someone like a George Zimmerman is, he then gets angry. He doesn't have the verbal skills, the know-how to reduce conflict in nonviolent way.”