PLUS, find out what Michaela's #GuiltyPleasure is! And be sure to take a photos and upload yours to Instagram to enter Kate's weekly challenge:

In today's edition of the "Good Stuff," an entire town of 422 people tracks down a robber in Rhine, Georgia, CNN's Chris Cuomo reports.

The local gas station there was recently held up in broad daylight.  Now, what happens if you see this happen in a major city?  You call 911, you run and hide, you look the other way.

But not in this town.

Resident Ken Lowery helped tracked down the suspect saying. He told local news affiliate WGXA,  "A nice lady like that, working at Aden's, trying to make a living and some thug coming out trying to rob her? People around her ain't gonna put up with that."

Some thirty people, all of them neighbors, found the suspect, chased him until he hid in a nearby garden shed, and kept him there until some really impressed cops could make the arrest.

We should point out that you shouldn't take the law into your own hands.  But in this case, police say residents of Rhine acted appropriately and nobody got hurt. 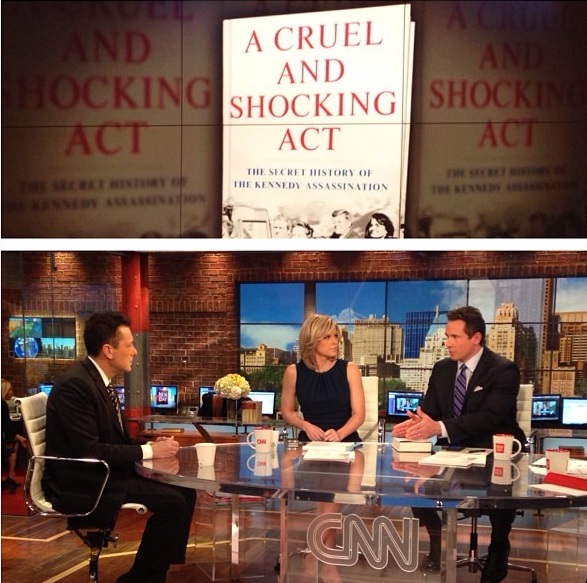 Americans may be able to keep their individual insurance plans for one more year, under a fix offered by President Obama on Thursday to address a controversial provision of the Affordable Care Act.

The deal is meant to mollify millions of people enraged after their insurers canceled policies that do not meet Obamacare requirements, CNN's Jim Acosta reports.

But how many it will ultimately help remains to be seen.

Political commentators Will Cain and Marc Lamont Hill weigh in on what's next for President Obama. Cain says there's a question about the legality of the fix in the first place. Hill says part of this fix is entirely possible

The uproar over the cancellations has ensnared the White House for weeks, shining a spotlight on Obama's previous promise that people who liked their insurance plans can keep them.

"This fix won't solve every problem for every person. But it's going to help a lot of people," the president said at the White House.

But the fix, as reported earlier by CNN's Dana Bash, puts the onus of the renewals outside the president's control: The administration is not requiring insurers or state insurance commissioners to extend the existing plans, but instead is letting them offer an additional year of coverage.