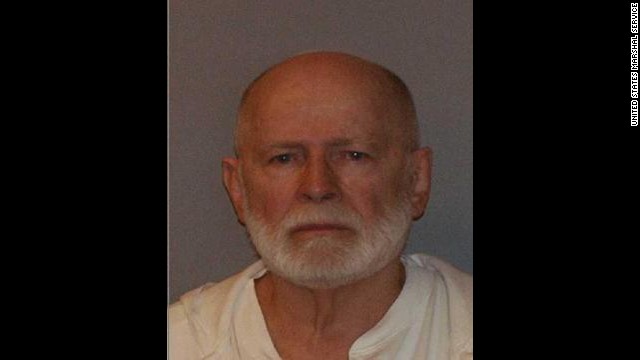 5 Things to Know for Your New Day – Wednesday, November 13

Feeding the hungry in the Philippines, taking your cholesterol meds and putting a Boston mobster behind bars.

No food to eat: Rice, beans and water are being flown into the Philippines by the tons, but not much is getting out to the countryside. The government says more than 2 million people need food aid, but storm debris, and washed out roads and bridges are preventing it from reaching the hungriest victims. Still, supplies are starting to get through in some areas.

Typhoon Haiyan is one of the strongest storms in recorded history and has killed at least 2,275 people and injured 3,665 more. No one is sure how many people have died. After initial estimates of up to 10,000 deaths, Philippine President Benigno Aquino III tells CNN's Christiane Amanpour that the final number would more likely be around 2,000 to 2,500.

Charities are ramping up efforts to raise money for typhoon victims. More than a dozen are collecting funds in the aftermath of Haiyan. The American Red Cross and the United Methodist Committee on Relief have websites set up to take donations, but there are many others.

This is a great way to help! 100% of what is given through UMCOR goes directly to emergency relief.... http://t.co/A5dgvlln1i

Its amazing how the world come together after this devastated events in Philippines. it makes me proud to be part of this social world ☆☆☆

Andrew Stevens joins us at  6 and 8 as more aid arrives in the Philippines and the search for the missing continues.

Have we got a pill for you: Don't take cholesterol medicine? That could change soon. The American Heart Association and the American College of Cardiology are out with new treatment guidelines that take into account a variety of risk factors, not just cholesterol levels. The new guidelines could double the number of people on medication to lower their cholesterol, experts say.

The fiber and nutrients from whole grains, fruits, and vegetables help you lower cholesterol and maintain a healthy weight.

CNN Chief Medical Correspondent Sanjay Gupta will be on at 7  with more details.

Technology testimony: Things are getting uglier for the White House. President Obama's poll numbers are in the dumper. The Republicans have been piling on for a long time, but now even members of his own party are saying something needs to be done - and done soon. Former President Bill Clinton says Obama needs to honor his pledge that people who like their health care plan can keep it. The news could get worse today when White House Chief Technology Officer Todd Park testifies before a congressional committee investigating the rocky rollout of the HealthCare.gov website. Oh and we're still waiting for the White House to release the Obamacare enrollment numbers for October. They're not expected to be good.

More people have applied for a one-way mission to Mars than have signed up for #Obamacare. http://t.co/JAZyYMuU98

You can call me Jimmy: Convicted Boston mobster James "Whitey" Bulger learns his fate today. The 84-year-old was found guilty of racketeering, extortion and money laundering in August after a rancorous two-month trial. The jury linked him to 11 killings. Prosecutors want him locked away for life. Bulger spent a decade and a half on the run before being captured in California in 2011. Boston cops gave him his nickname because of his white-blond hair. He hated it, and said people (who didn't want to die) should call him Jimmy.

Free at last: Ryan Ferguson was just a teenager when he was arrested in Missouri in 2004, accused of killing Columbia Tribune sports editor Kent Heitholt three years earlier. For 10 years, Ferguson sat in prison for a crime he always said he did not commit. Now 29, he walked out a free man last night after two people admitted to lying in court. An appeals court overturned the conviction three weeks ago. Ryan says he's happier for his parents than he is for himself.

Ryan Ferguson is a FREE Man!! Justice has Finally been served :)).

David Mattingly joins us at 6 and 7.

- Grump Vs. Grouch: An epic showdown between Grumpy Cat and Oscar the Grouch. Let the fur fly!

- Crack-smoking mayor bobblehead: The Toronto mayor who smoked crack gets a smokin' hot bobblehead. And Canadians flock to buy it.

- What's in your court document?: It was a scene worthy of one of his movies, except it happened in a New York courtroom yesterday. A teary Alec Baldwin denies a romance with a woman he calls a stalker. Her response? "You're lying!" Canadian actress Genevieve Sabourin is charged with stalking Baldwin and his wife. She says she's not a stalker, but an ex-girlfriend of the "30 Rock" television star. Baldwin says the relationship is imagined. Sabourin has been arrested several times. If found guilty, she faces up to a year in prison. She testifies today.

we care about alec baldwin because......

- Skyscraper smackdown: Here's the debate. Which U.S. skyscraper scrapes the most sky? Apparently this is a point of pride for some folks. Is it New York City or Chicago?

- Outstanding in his field: Jorge Rodríguez-Gerada is big in the world of art. Really big. Try 11 acres big. He created this massive outdoor portrait in Belfast, Northern Ireland, for the city's international arts festival. It will be bulldozed after December when the festival ends.