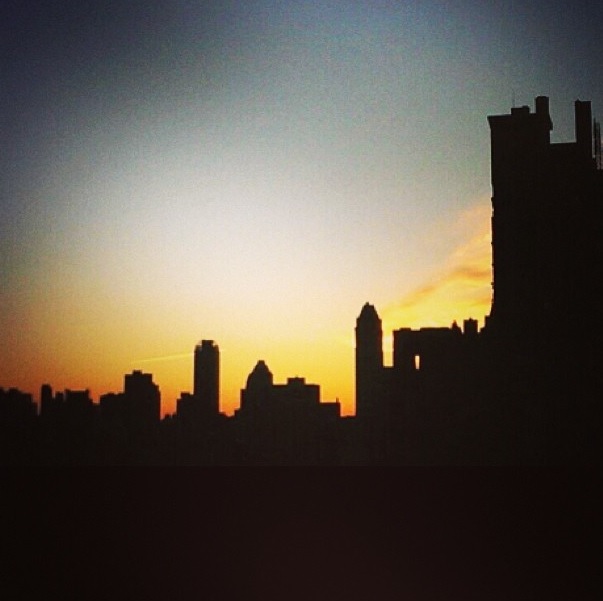 Storm Chaser James Reynolds says,  "During the height of the storm, the scream of the wind was deafening. we could hear just thunderous crashes of debris flying through the air."

What set this tropical cyclone apart is that it didn't weaken once it made landfall  and the area consumed by the storm was massive. Violent winds laid a path across the central country that covered an area the size of Montana.

For a time, storm clouds covered the entire region, stretching 1,120 miles - the distance roughly between Florida and Canada.

But what caused most of the damage was a mammoth storm surge. A wall of water rushed into low-lying areas – reaching the second story of houses in Tacloban - at estimated heights of 16 feet - leaving people frantically searching for higher ground.

Many predict Haiyan is likely the strongest tropical cyclone to make landfall anywhere in the world in recorded history.

It was 3.5 times more forceful than Hurricane Katrina.

Survivors root through the splintered wreckage of their homes searching for loved ones who may be buried beneath. Others are scrambling to find food and water in areas littered with corpses.

Three days after Super Typhoon Haiyan, one of the strongest storms in recorded history, scythed across the central Philippines, people here are struggling to grasp the enormity of what they have lost and the challenges they still face, CNN's Anna Coren reports.

The storm, known as Yolanda in the Philippines, has left devastation on a monumental scale in its wake.

Thousands of houses have been obliterated. Many areas are still cut off from transport, communications and power. Some officials say that as many as 10,000 people may have been killed.

"There are too many people dead," said Richard Gordon, chairman of the Philippine Red Cross. "We have bodies in the water, bodies on the bridges, bodies on the side of the road."

And amid the carnage, hundreds of thousands of survivors are trying to cope with a lack of water, food, shelter and medicine. Aid workers and government officials are battling to get emergency supplies to hard hit areas, which have been cut off by fallen trees and power lines.

The United Nations is working to bring in aid, says Spokeswoman Orla Fagan.

Fagan describes the situation to "New Day's" Kate Bolduan saying, “It’s devastating. The whole place is devastated. The government figures now are saying it’s 9.8 million people affected by this typhoon.  Getting to them in the first instance is top of our priority now.”

The humanitarian says she expects the recovery effort will take six months initially but "it’s going to be really really big. Everybody is gearing up, it will be a massive operation to get to people, to get them food, and to deal with the trauma as well."

MacNeill showed no emotion as he learned his fate, but a yell came from the section where his relatives sat.

He will be sentenced later on the charges of first-degree murder and obstruction of justice, CNN's Ted Rowlands reports.

MacNeill had said his wife's death was an accident.

In the end, jurors believed prosecutors' allegations that MacNeill drugged and then drowned his wife, Michele MacNeill, in the bathtub of their home on April 11, 2007, to be with his mistress.

"She was a wonderful sister as well. Growing up with her, she was such an achiever. She was great in school, she was fun loving, had many friends...just had so much potential. We all looked up to her."

CNN's Jean Casarez spoke exclusively with MacNeill's daughter Alexis Somers. She fought  to have him convicted for almost 6 years after her mother's death. The defense attacked her credibility saying she hated her father so much because of his cheating.  Somers said when she looks at her father she sees "a shell of a man. I just see evil."