Welcome to "New Day Midday" –  where we take a look back at the great moments of our show on-air and online.

In honor of Election Day on Tuesday, we also asked our fans to daydream a bit and tell us their 2016 presidential dream ticket. We received some fantastical combinations including one fan who wanted to see a Hillary/Bill Clinton ticket.

You also won't want to miss celebrity appearances by actors Harrison Ford and Rob Lowe, who stopped by on separate days to talk "Ender's Game" and "Killing Kennedy."

As always, leave your thoughts in the comments below and enjoy! 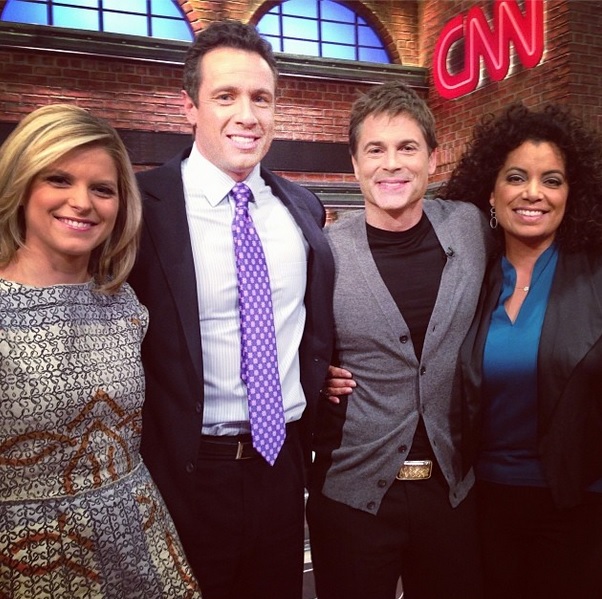 Super Typhoon Haiyan - perhaps the strongest storm ever - plowed Friday across the central Philippines, leaving widespread devastation in its wake.

It roared onto Samar at 4:30 a.m., flooding streets and knocking out power and communications networks in many areas of the hilly island in the region of Eastern Visayas, and then continued its march, barreling into four other Philippine islands as it moved across the archipelago.

At least three people were killed and seven hurt, the National Disaster Risk Reduction and Management Council said Friday. Some 125,000 took refuge in evacuation centers and hundreds of flights were canceled.

With sustained winds of 315 kph (195 mph) and gusts as strong as 380 kph (235 mph), Haiyan may be the strongest tropical cyclone to hit land anywhere in recorded history. It will take further analysis after the storm passes to establish whether it is a record.

Climate Scientist Radley Horton weighs in on potential impact of Typhoon Haiyan in video above.

Reverend Billy Graham turned 95 this week and celebrated with a huge party with hundreds of guests in attendance.

In it, he reflects on his history of preaching and what's needed in religion in America.

“Of course at 95 he’s just happy to be able to get up in the morning, but it was a great celebration. You know he saw a lot of friends he hadn’t seen in a long time and people came from across the country to attend it and to honor him. But what’s so wonderful about my father, is that his message at 95 has not changed.”