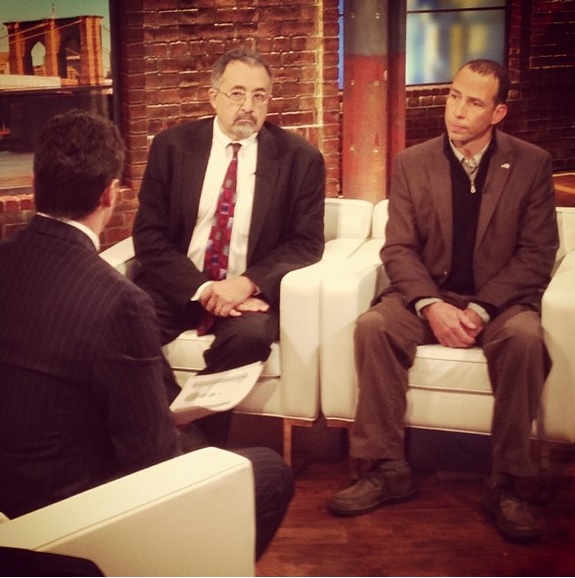 A never-before-seen videotape from a county jail reveals how a 22-year-old inmate was ignored by guards shortly before he died from a food allergy. CNN's Zoraida Sambolin reports.

New video shows Michael Saffioti allegedly pleaded with guards for help as he suffocated from a fatal allergic reaction to dairy.

His mother Rose is still fighting for answers a year after her son voluntarily turned himself in to a county jail on a minor pot possession charge. The next morning, Saffioti died from an acute asthma attack after eating a bowl of oatmeal.

According to a damages claim, Saffioti said he "needed to see a nurse" and the guard told him to "go into 'lockdown' in his cell" while he "called the nurses station."

Over the next half hour you can see inmates checking in on him as he tries to get the guards attention, jumping up and down, and according to the claim knocking on the window and pressing the call button.

Forty-five minutes later, a guard doing a routine module check found Saffiotti unconscious. nurses and firefighters performed cpr. Unresponsive, they rushed him to the hospital but two hours after that first bite of oatmeal, Michael was pronounced dead.

Soon after, Snohomish County Jail asked for a federal review and the National Institute of Corrections found that the jail's health department is "seriously understaffed" and that "crowding poses significant health and personal safety risks.

Though Zuckerberg  may be Silicon Valley royalty, she tells "New Day's" Kate Bolduan her books focus on untangling life in the age of social media.

Her first book is called "Dot Complicated: Untangling Our Wired Lives,"  and she wrote a children's edition entitled "Dot."

"I'm definitely not advocating a complete disconnect or complete unplug, that's not realistic for most of us who want to stay employed or stay connected to people. But what I am thinking is that people, we've reached this point where we feel like we just need to be always on. Always answering emails 24/7 connected, and the pendulum needs to swing back a little bit for us to reclaim a bit of our own time so that we can be thoughtful and creative and in the moment of our lives."

A reminder to never lose hope.

A Nebraska man is getting back a motorcycle stolen from his Omaha yard 46 years ago.

U.S. Customs and Border Protection says it was headed to Japan when it was recovered last week at the port of Los Angeles.